Ask The Lit Coach: 'Should Writers Censor Their Work Because They Fear Agent Or Editor Rejection?' 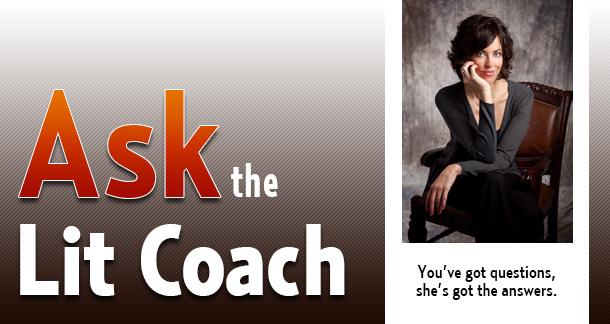 In the preface of Oscar Wilde's The Picture of Dorian Gray, Wilde very starkly lays out the aim of the artist - "The artist is the creator of beautiful things." And the aim of art itself is "to reveal art and conceal the artist." The critic, be it your workshop peers, agents, editors, your reading public, reviewers, etc., "is he who can translate into another manner or a new material his impression of beautiful things."

At best your critic will appreciate your novel for what it is, a well crafted work of fiction, without inserting themselves or their morality into the novel. Objectivity at it's purest. At worst, they will base their criticism of your novel solely on their own likes, dislikes, morality and personal experiences with the subject matter. I suppose the former is the reality of the academic world and the more literary circles; the latter, the reality of people who just can't see the beauty in art that doesn't speak directly to them. Somewhere in-between are the many agents and editors who must decide, "Do I love this manuscript so much I want to spend the next 18 months (or more!) as it's midwife and nanny?"

Which brings us to this week's GREAT question.

I am considering writing a novel with an unlikable character who ultimately falls to his character flaws by sacrificing everything he has to get revenge on another character. The thing is, the whole novel revolves around sex and the ultimate revenge act is seducing the nemesis' underage sister. I am worried that writing about themes such as promiscuity, misogyny and revenge would stop me being able to sell the book, even though it is featured in some of the most famous titles. Don't get me wrong, the book is also about self improvement, love and not one big hate themed novels, but I'm worried a few of the events will hold it back. Is there a way I can still sell my book without compromising its existence?

For God's sake, don't give unsavory themes a second thought, Jay! There is absolutely no room for censorship or political correctness in a novel. Your job as a writer is to give us the truth about your characters - which may or may not have anything to do with you as a human being. If you've developed your character well, you will show your character's best virtues as well as their vices, earning both our sympathy and judgment. Revenge is a motivation. And a damn good one! Yes, how he goes about seeking his revenge, by seducing his nemesis' under aged sister, would make many readers uncomfortable. If it makes sense for your character to do that, if it's not purely for shock value, then do it. But then what? What are the stakes? How does this act affect him, his truth? What is he left with? Is he glad he got his revenge? Does he regret it? Is his conscious getting the better of him? Or does he even go through with it? Don't worry about the event itself. He will either go through with it in a moment of weakness, blinded by revenge, or he will begin to see his own ego as the enemy and then maybe we'll see some of that love and self-improvement stuff you suggest enter the novel. Either path is correct. You just need to present us with a picture of a human experience that is complete and that means something to your audience.

I asked my agent friend Bree Ogden of DECO Literary Agency to weigh in. Bree and her co-agent, Mandy Hubbard, had this to say

Truly spectacular writing will always have a place. Just as you noted in your question—there are successful examples of unsympathetic characters that do abhorrent, illegal, or unethical things. For example, Dexter Morgan from the Jeff Lindsay books (and Showtime series). While Dexter literally cuts people into pieces, he also grows throughout the series, finds himself able to love, and shows compassion here and there. If your manuscript has moments of self-improvement and love as you say it does, then you’ve created a multi-dimensional character, which is fantastic.

Two other great examples of objectionable characters are Dorian Gray and Sweeney Todd. Both have very slight sympathetic sides while being down right despicable. The key to writing these types of characters well is to give the not-so-wonderful elements and characteristics a purpose. Even Dorian Gray, probably the most unsympathetic character mentioned, had given up his moral integrity to find higher satisfaction in life. He had a purpose.

Having said that, some editors might still take issue. All that means is that they are not the right editor (or agent) for that kind of book or maybe even your manuscript specifically. But if you focus on the writing (make it literary, bold, and remarkable) and write the book you're most interested in writing, the ‘events’ you speak of, shouldn’t hold you back from publication.

Ultimately Jay, an agent, editor and publishing team have to absolutely LOVE the manuscript in order to spend some major quality time with it for the next year or more. So give them a character they can connect with despite the heinous things they do. Show the human journey. Make us root for him in some way. What is your character's great truth? That's what matters.

Or as Wilde said, "There is no such thing as a moral or an immoral book. Books are well written, or badly written. That is all."

Thanks again for the question, Jay. Good luck to you!

Many thanks to D4EO Literary Agents Bree Ogden and Many Hubbard for their contribution to this discussion.

Ask The Lit Coach: "Should A New-To-Publishing Writer Seek The Safer Submission Route, Or Routes That Pay More?" and More

Hetch Litman from Somewhere in the mountains of the Pacific Northwest is reading The Violent Bear it Away by Flannery O'Connor December 19, 2011 - 10:39am

I really enjoyed this. I typically write about dark fucked up characters that do,well, fucked up shit but it really isn't their fault. Haha

Erin, just wanted to take the time to say thanks for these articles.

Very interesting and helpful. My character is flawed but lovable and evolves as time goes by and situations occur. Many times I've censored my stories for fear the reader would judge my character too harshly.  Maybe now I can stop censoring and just write her truth.  Thanks.

Thanks, all! I appreciate your comments.

During your first draft, don't worry so much about the likability of your character. Just get it on the page. Raw. When you go back to edit, then you can begin to sand down those sharp edges, if necessary. That's when your fun pal Discipline comes in - when you have to think, OK, will this character appeal to more people than just me. And will this novel say something important and mean something to more people than just me.

Once again thanks for the answers Erin.  Always helpful.