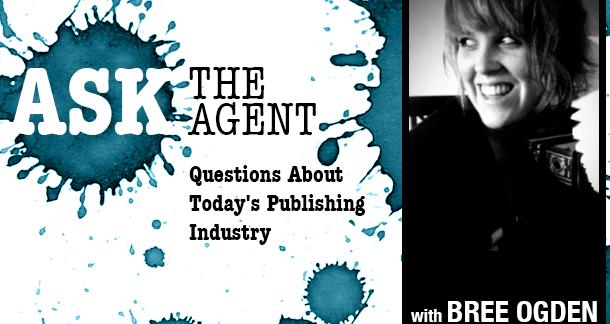 I am currently working on a zombie MS.  I've read that if an agent currently has a client with a published book (in my case, a zombie one), they are unlikely to represent another one.  So my question is: should I avoid submitting to agents who already represent a book of this sub-genre?

And would you classify a zombie novel as horror/thriller?

Okay here’s the deal, no agent wants to be pigeonholed as the “ghost story agent” or the “celebrity memoir agent” or the “zombie agent” because we want to make sure that writers are sending us a wide variety of manuscripts.

But when it comes right down to it, if the manuscript is fantastic, we don’t care if we just sold one in the same genre! We care about the quality of the content. Now, we may realize the oversaturation of such a subject and be wary on that account, but having represented and sold the same sub-genre in the past isn’t really going to kill your chances.

Having said that, no agent wants two of their books to compete with each other. So make sure that the subject matter is different. For example, going along with the zombie theme: Warm Bodies by Isaac Marion and the Benny Imura series by Jonathan Maberry are both zombie books but are worlds apart in content. If your zombie book is JUST like the one said agent has sold, they probably won’t take it on because of the competition factor. But hey, it never hurts to query and try, yea?

As for the horror/thriller question, that all depends on the plot. I can’t answer that for you. Zombies are often used as comedic tools ...and in the case of Warm Bodies, a romantic tool. So if you are using them as terrifying, flesh eating, brainless cannibals… and the rest of your manuscript has a horror vibe, then the answer is yes. But just because a certain subject matter can or should be scary, doesn’t mean it always is. ::cough cough:: Shaun of the Dead ::cough cough::

I was wondering about nudging an agent with an offer of representation from another agent.

Should all agents having materials (from query to MS) be nudged? How long should agents be given to respond?  If an agent doesn't respond to the offer of representation nudge, should it be assumed they are passing?

Once you have received an offer of representation from an agent, immediately send an email to all the agents considering your manuscript and let them know. So what I’m saying is, if an agent has your manuscript, then you absolutely need to let them know of your pending offer. It’s up to you whether or not you want to let an agent who only has your query letter know about your offer. I’ve had plenty of queries in my slush that I’ve plucked out and asked to see the MS because I was notified of an offer. But I've also had queries in my slush that I've trashed once I found out there was an offer... it's called bowing out. So it’s completely up to you on the latter. But as for the former, you must let the agent know. It’s very poor form to do otherwise.

An acceptable amount of time to give agents to read your MS after you’ve received an offer is a week. Anything less is a little rough, and anything more is way rough on the first agent who offered. Truth is, we can read a manuscript and know if we want to offer on it in less than a day. But we may have a very busy few days, so a week is the norm and perfectly acceptable.

If you never hear back from the nudge, count them out.

Pro tip: Be considerate. That’s what it comes down to. I have sent out responses to queries, so excited to read the MS, only to find out they have already accepted representation elsewhere. It’s a bummer and agents always want a fair shot. So nudges in this case are always very lovely.

Many LitReactor members were lured here by Chuck Palahniuk's 36 writing essays because they are fans of his work, which many classify as transgressive. However, according to articles on this site and elsewhere, transgressive novels don't sell. In fact, many agents won't even look at them. Is there a better word(s) aspiring novelists of this genre can use to find an appropriate agent, or is it best to just suck it up and write a young adult crime story?

If you are trying to pitch a YA transgressive fiction and agents are getting caught up on that word, just call it literary fiction. It’s not a lie. Transgressive is a form of literary. And then the agent can decide for him/herself whether or not they want to represent it without having a preconceived notion that oh crap, this might not sell because it is transgressive.

Pro tip: Sometimes you have to massage the truth a bit. Don’t lie. But find other ways to phrase things.

Have a question about the publishing industry? I would love to discuss the specifics of researching and querying agents, finding the right agent, proper publishing etiquette, how to go from idea to completed manuscript, marketing yourself, social media for writers, and anything else you can think of! I am now taking questions for Issue 12 of Ask the Agent. Issue 12 answers will be posted Monday, December 10th.

Ask The Agent: What Does "Researching An Agent" Really Entail and More.