Subjective Preference vs. Objective Quality: A.O. Scott's 'Better Living Through Criticism' and Why Everyone is a Critic 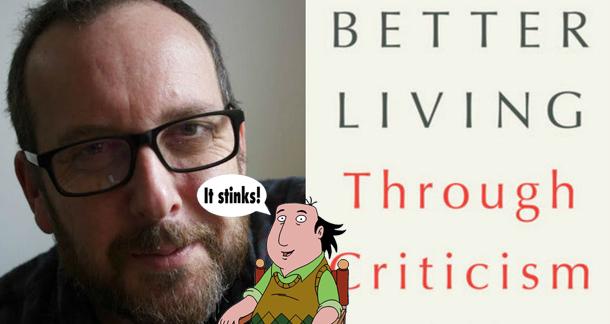 “How can you win a music competition? Isn’t it all subjective?”

God was the first artist. It’s telling that He didn’t just wave His hands around to create the heavens and the earth. He used words. “Let there be light,” He said, and there was light.

But He was also the first critic. Depending upon the translation, upon finishing His creation, He declares it good. So that tension, of course depending upon a person’s personal beliefs, has been there from the start.

But the backlash against criticism can be harsh at times. There’s a sentiment that any form of criticism is a personal attack not just against the creator, but the fans. These days, people intertwine what they like with their sense of identity. So the idea has formed that critics, specifically professionals that are meant to analyze anything from movies to music to theater to books, must have a personal agenda. They may be failed artists, or they must think they can do better.

And the result has been a very simple dichotomy: some claim that something is “good” or “terrible” while others resort to “I liked it” or “I don’t like it.” This democratization of opinion, the idea that everyone’s stance is equal without regard for training, education or experience, has tainted the practice of both creating and experiencing art. Everyone is entitled to like what they like, but the critical analysis of objective craft has suffered in the wake of that old saying, everyone is a critic. Because if everyone is a critic, then no one is a critic.

Criticism is a natural part of life and has existed since the first caveman showed a friend his cave painting.

This is what A.O. Scott, film critic for The New York Times, tackles with his book Better Living Through Criticism: How to Think About Art, Pleasure, Beauty, and Truth. In it he posits that it’s an inherent quality in human beings to criticize. He also argues that criticism can be art, because art in and of itself is a form of criticism. But mostly what he tries to do is nail down why the institution of criticism has been obfuscated to the point where there is no respect for it, and why this has to change.

But the last few decades have seen rampant anti-intellectualism in the United States. It’s seen in the discrediting of science across the board, from global warming to evolution. It’s evident in the polarizing of political parties, with the current climate framing democrats and liberals as elitists and know-it-alls. And it’s certainly become a problem in entertainment, with any challenge to the status quo, especially if it’s a disruption of a geek property, viewed as an attack on an entire way of life.

This was seen last year with Leslie Jones, then starring in the rebooted Ghostbusters, when she was chased off Twitter by the now notorious Milo Yiannopoulos. Similarly, Mockingbird comic book writer Chelsea Cain shut down her Twitter after a cover showing the titular character wearing a t-shirt proclaiming, “Ask Me About My Feminist Agenda” got her into a flame war.

Twitter is important, because this is how Scott starts his book. In the introduction, formatted as a question-and-answer session between himself and himself, Scott remembers May 2012 when he reviewed The Avengers. The then sixth movie in the now 14-part Marvel Cinematic Universe was mostly warmly accepted by critics, with five years later its score on Rotten Tomatoes having settled in at 92%. But of the 26 “rotten” reviews, Scott's is one of them. “I praised some aspects of the movie,” he remembers, including the “cleverness of its dialogue, the sharpness of the performances,” but his complaints centered on what he calls “the sacrifice of originality on the altar of blockbuster conformity.”

But it doesn’t really matter what he feels about the movie, so much as he gave it a lukewarm review and then got an unexpected response. Samuel L. Jackson, Nick Fury himself, descended from on high to tweet, “AO Scott needs a new job! Let’s help him find one! One he can ACTUALLY DO!” This, of course, all stems from the fact that something like The Avengers, especially these days, is critic-proof. That is, if you try to break down its failures, you’re either told you need to shut off your brain and enjoy the popcorn movie because movies like this aren’t meant to be picked apart, or that you’re a “hater” and approached the movie with a bias and axe to grind.

First of all, a word on Rotten Tomatoes, and also the last year of superhero movies. The last few years have seen marketing for movies play up the Tomatometer, whether or not a movie is “fresh.” The website collects critic reviews of a movie, with the more popular ones usually exceeding 200, but it also asks the critics to choose whether or not a movie is fresh or rotten. The actual review is inconsequential: it all boils down to a binary choice. So the nuance is lost, as a critic may have had a lot of negative things to say in a review but ultimately chose fresh, and vice versa, praised aspects of a movie they chose to be rotten. 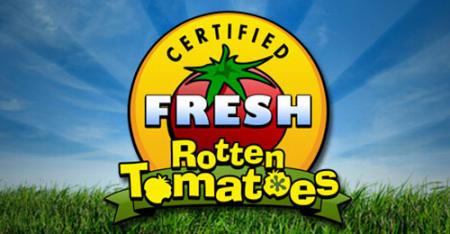 Even the simplicity of the grading scale or star system from the old days has been reduced to an either/or choice. So a movie with a 92% score could be 200 critics that thought it was just above average.

And really, people overestimate the power of film critics. The March 2016 release of Batman v Superman: Dawn of Justice, for instance, saw a 27% on the Tomatometer. This started a conspiracy theory amongst DC Comics fans claiming that Disney, the owners of Marvel, had paid off critics to write bad reviews of the movie. This bizarre and wrongheaded claim continued with Suicide Squad, released in August 2016 with a 26% score. This didn't keep either movie from racking in nearly a billion dollars each globally. And the defense of the filmmakers during the fallout was, much like Sam Jackson four years before, that the DC movies are “for the fans.”

But ironically Rotten Tomatoes, whom DC fans petitioned to have shut down in the days leading up to Suicide Squad, is a way for people to cite quantitative evidence to support what they like. A critic, however, attempts to qualitatively put into words the objective aspects of a movie.  In the layman’s defense, Scott does admit that critics tend to sit on their high horse. “Over the centuries,” he explains, “defenses of criticism have lamented the gulf between the way it tends actually to be practiced-stupidly, meanly, and capriciously—and the ideals to which it would aspire.”

These mean old critics, after all, as legend has it drove the poet John Keats to his grave. The 24-year-old had tuberculosis, but scathing reviews of his “Endymion” led him to retreat to Rome and ultimately die. This is, of course, ridiculous. And even if it is true, that’s on Keats and shouldn’t be an indictment of the entire institution of criticism.

So it’s human nature to criticize, but it’s also human nature to not take criticism well. You may like something for completely shallow reasons, like it has cool explosions or rocking music or hot chicks, but to have as much pointed out may touch a nerve. For that reason, in an attempt to avoid hurting everyone’s feelings, it’s become taboo to insist that something is objectively good. Instead, everyone just insists that they like something.

This is what Scott explains as an “epidemic of niceness.” This phrase was coined by Jacob Silverman in Slate a few years ago in reference to book critics. Basically critics had replaced judgment with the “gooey, smiley etiquette of social media.” Because social media has, in fact, not just given everyone a voice, but a sense of entitlement that everyone’s voice is equally important.

This is reinforced by the fact that people like Jackson can get riled up by film critics, that an average Joe can get a like or a retweet from a celebrity, or maybe even rile up the president. But not everyone is equal when it comes to art. There are important people. They are the professionals, those who trained and those who execute. It’s not all subjective, after all. That’s why students go to film school. There is an art but also a science to editing and lighting and sound FX and blocking and mise-en-scène and so on. There’s a language to communicating geography and closure and interactions between characters.

And there are the critics who push the artists to be better.

Now there’s nothing wrong with just liking something. But lashing out at those that attempt to understand what a movie is trying to accomplish within a certain context, and whether or not it succeeds at its goals, is a fool’s errand. The irony is that the endemic quality in everyone to criticize often gets turned around on the critics. That previously-mentioned quantitative evidence, such as Rotten Tomatoes, is presented like an eye witness before the jury. Suddenly not just the Tomatometer but how much money a movie made or how many awards it’s won (as if movies like Crash and The Artist weren’t immediately forgotten after winning several awards) get trotted out.

But those kinds of things only prove that a movie caught the public attention, not why they did. They are the what, but it’s the job of the critic to parse out the why.

A.O. Scott is a smart guy. He understands that his profession doesn’t get a lot of respect and probably never will. But he’s also smart enough to know that criticism is a natural part of life and has existed since the first caveman showed a friend his cave painting. We need to give it, but we also need to learn how to receive it.