All's Well That Ends Well: On Marriage And Closure 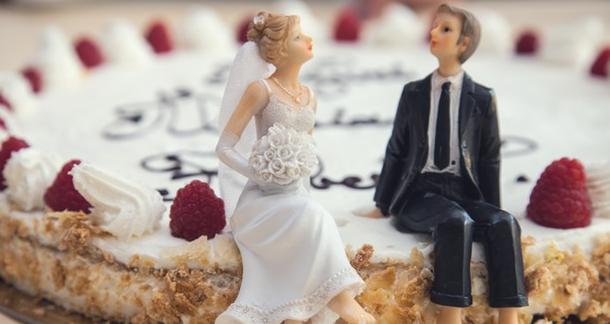 Wedding season is almost upon us. For some, weddings are rituals imbued with cultural, religious, and personal significance. For others, they come with baggage of historical seclusion or repression, and for some they're nothing more or less than a ticket to a party with alcohol and cake.

In fiction, the concept of marriage as a form of closure is an ancient cultural narrative. Will Shakespeare and Jane Austen certainly had no qualms about ending a story at the alter. But marriage itself has changed over the centuries, and even since the rom-coms of the '90s. Frances Dolan of the University of California, Davis asks, “What are the implications of these new approaches for our readings of Shakespeare’s plays? Is marriage a happy ending? Is it an ending at all?”

“They lived happily ever after" ...is arguably the most cliché ending in existence...The message it sends is pretty finite.

“They lived happily ever after.”

It's arguably the most cliché ending in existence, so let's dissect it a bit. The message it sends is pretty finite. The characters are preparing to walk off of the frame away from the focus of the reader or viewer and into their own private, fictional universe. They “live” happily ever after, but it's also a kind of contented death, especially in Shakespeare's plays where the alternative ending usually involves a tragic death.

By using a marriage as a form of closure, the author is relying on the audience to fill in the gaps of what happens next. Perhaps some of the logic behind closing a story out with a wedding derives from the fact that these unions are traditionally meant to serve as both an ending and a beginning as the partners move on to a new stage of life. Another common plot point is the destruction of a wedding that represented a counterproductive union.

As Adelle Waldman pointed out in a 2013 New Yorker article, happy endings don't feel satisfying to the reader unless they're earned. Barring that, she conjectures, “As long as marriage and love and relationships have high stakes for us emotionally, they have the potential to offer rich subject material for novelists.”

Bring Enough Cake For The Rest of Society

Clearly marriage does still carry high emotional stakes for many people. Even Justice Anthony M. Kennedy called marriage a “keystone of our social order” in the 2015 Supreme Court ruling that legalized same-sex marriage across the United States.

Keeping this background in mind, the marriage plot becomes more of a social occasion as opposed to a strictly personal event. Rather than serving as a simplistic ending to a convoluted plot, the characters, entrenched in broader social or moral considerations, arrive at the alter. The journey through romance and wedding isn't just a statement on the couple, but on the surrounding culture and their place in it.

Shakespeare critic Richard Levin commented on the element of social inclusion in the marriage plot:

The plot of the comedies traces the struggles for inclusion into society and...[the celebration] merely establishes the identity of the winners. In this interpretation, success depends on such considerations as birth, wealth, good looks, intelligence, cunning, and on occasion the willingness to forsake ideals--to adhere to them.

Although Levin is referring to comedies written in the 17th century, it takes only a quick search of the word "wedding" on Pinterest to witness the social relevancy of these ceremonies today. Society and marriage may have changed since Shakespeare penned his comedies, but the driving mechanisms behind those institutions are inevitably what catalyzes the narrative in the first place.

Nice article. This brings lots of ideas to mind, was entertaining, and now I kinda have this idea to go get married...

I'm a big fam of endings as new beginnings, but hate weddings. At least let the reader know whether they fucked. (The assumption being adult fiction.)