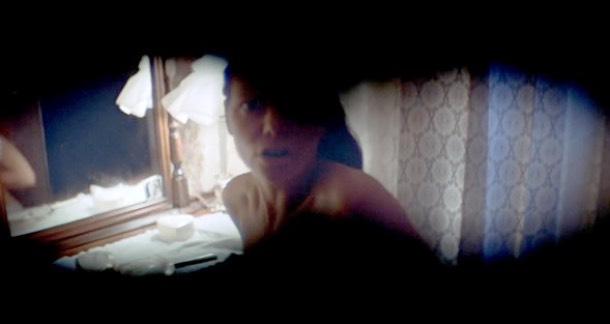 Freddy. Jason. Michael. This unholy trinity of horror icons represents a grimy, exploitative subgenre that exploded in the late 1970’s and dominated the 1980’s—the slasher.

In celebration of Halloween, let’s take a deep dive into the slasher film—what it is, why we love it, and how the classic slasher is a purely cinematic experience that leverages the full power of the film medium.

Then, to fill out your Halloween movie-marathon plans, I’ll share some essential slasher films that form the foundation of the subgenre, as well as its shocking and adrenaline-pumping peak.

Making a list of the best slasher movies is a cottage industry, but most of them fail to define the subgenre and end up lumping a bunch of movies that simply don’t fit.

Starting (arguably) with Black Christmas in 1974 and popularized by John Carpenter’s classic, Halloween, the slasher film has a readily identifiable premise, structure, and tropes.

The closer I look at slasher movies, the more I think they are pure cinema...while most great books are considered “unfilmable,” a classic slasher movie experience is “un-novelable.”

The first, necessary ingredient is a psychotic killer of human origin. The classic killers in these films—Freddy, Jason, Michael, Chucky, Leatherface, Candyman—they are undeniably human and many times have strong, vengeful motivations to justify their slaughter. Alien is constructed as a slasher movie in space, but without this essential element, it’s classic sci-fi and doesn’t qualify.

Then, you need a compressed space to trap all of that killer’s potential victims—the sorority house, the cabin in the woods, the empty house, even the intimate and inescapable space of your own dreams. Trapping the victims in a remote area removes the help they can get in a crowd, but it also makes the movie cheaper to make—a staple element of the slasher boom in the 1980’s.

A well-developed protagonist isn’t necessary as the iconic killers often serve as the antiheroes the audience is paying to see, but helps elevate the film by giving the unstoppable killer a foil, and this is where the “final girl” trope was born (although some of the better slasher movies buck the trend). Perhaps the most necessary ingredient is the speed, decisiveness, and frequency of the kills.

The killers in this genre represent the uncertainty of death itself—just around the corner, waiting to strike. They don’t torture, they don’t negotiate, they don’t prolong the pain. The kills are fast and brutal.

The kills are also the stars of the movie, the punchlines the audience is waiting for, the reason they bought the ticket, so they must happen with relative frequency. For example, Harvey and Bob Weinstein methodically inserted kills every ten minutes in the underrated and forgotten slasher, The Burning.

The slasher formula gained so much momentum and prominence after Halloween that the entire horror genre was engulfed in a tidal wave of slasher movies. They weren’t all popular, they weren’t all successful, but the simple settings, no-name casts, and reliable formulas made them cheap and easy to make.

“The Friday the 13th movies were about as close to a risk-free transaction as possible,” says producer Frank Mancuso in Crystal Lake Memories, a documentary about the series. “I remember several times where the movie would open on Friday, and on Monday, I’d get a call from Paramount saying, ‘Go make another one.’ It was simply and purely an exercise in commerce.”

Sounds less like an artist and more like someone riding a bubble—and that bubble was driven by the new and novel ability to watch movies more than once by finding them on cable or renting them via the new technology of VHS tape. Many lovers of 1980’s horror movies can fondly remember trips to the video store and the artwork and taglines on the boxes they begged their mother to take up to the checkout counter.

Sometimes, restraints create art—watch Halloween again and you’ll be surprised at just how bloodless the film is, how little violence there is, but the tension and scares are timeless, the work of a genius trying to play inside the lines of a small budget. It’s a masterclass in how far you can get with a sheet, a William Shatner mask, and a few piano notes if you’ve got the right talent and mindset.

The cheapness of these movies ends up as an essential thread in the fabric of the subgenre. 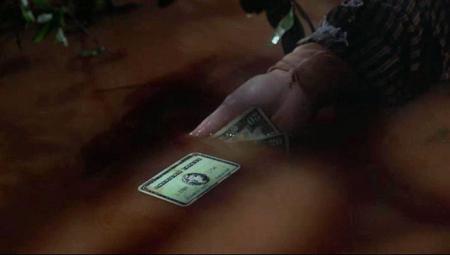 The Slasher as Pure Cinema

Psycho is on some of the “best slasher movies in history” lists, but based on what we’ve established so far, it’s far from a pure slasher film. For one thing, it’s based on a novel, and the closer I look at slasher movies, the more I think they are pure cinema in the sense that while most great books are considered “unfilmable,” a classic slasher movie experience is “un-novelable.”

Examining the reasons behind this distinction uncovers even more classic slasher elements and makes the case that the slasher film is one of the purest expressions of cinema.

The one element that makes writing a classic slasher as a novel that mimics what the film can do on screen difficult is point-of-view. Slasher films utilized some effective and innovative uses of point-of-view to establish tension, tone, and build up jump-scares.

Think of the opening sequence of Black Christmas, from the killer’s point of view. You can hear him breathing and see his hands as he climbs into the house. Later, Carpenter perfected this use of POV—we see young Michael’s famous murder through the eyes of a mask, and the same breathing, first-person POV throughout the film. The voyeuristic element of these shots is unnerving and the horror created with them is cheap to make and hard to ignore.

The real problem is how horror is created in “third-person.” In a novel, writing from a close-third-person perspective is the narrative default. You have the storytelling freedom to jump around the narrative while still getting into the heads of key characters.

Slasher films replicate this—some of the time. But the magic happens when we can see a looming threat when the victim, an audience surrogate of sorts, cannot.

Consider the classic scene from Halloween, the eminently GIF-able one where a presumed-defeated Michael Myers is lying down while Laurie gathers her wits in the doorway. Michael sits straight up, as if rising from the dead, and then slowly turns his head towards Laurie. She can’t see it—but we do. 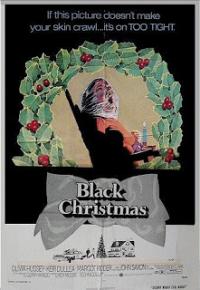 Slashers make great audience movies because these are the kinds of shots that get people to say, sometimes out loud in the theater. “Look out!” or “Don’t go in there!”

We get knowledge of the looming threat that the heroine does not, which builds explosive tension.

This can, of course, be done in fiction—you can have a more distant third-person perspective with some narrative intrusion. Stephen King and Joe Hill sometimes slip lines like this into their novels and stories, a line about a horrific event yet to come that the character can’t possibly know about. Why? To build tension, anticipation, to make a promise.

However, slashers take this a step further. The use of the first-person POV eventually dropped some of the key elements that made it clear you were watching through the eyes of the killer, such as the breathing sounds or the mask over the camera. So sometimes you were watching from the killer’s perspective, stalking a naked teenager in the woods, and sometimes you weren’t. You never knew the difference in some movies, which built a unique movie-watching experience where you anticipated an attack that didn’t materialize, that materialized as a red-herring jump scare (the “just a cat” trope), or jolts into a full-bore, jump-out-of-your-seat slasher kill. This disorientation created a POV that was almost purely unique to the slasher movie experience and can’t be easily replicated in other genres or on the written page.

Add in the third-person shots where things happen or can be seen by the audience and not the characters, and you have a recipe for building tension and releasing it, repeatedly, throughout the film, without wearing people out with a single convention.

All of this adds up to making slashers excellent audience movies. Novels are best enjoyed in your favorite chair in silence and solitude, slashers are elevated by watching them with friends or in a packed theater. Just as comedies generate more laughs in a social environment, slashers generate more scares and more fun when your date is squeezing your arm, when the girl two rows back can’t stop screaming, or when the smart ass in the front row can’t help but call out “Jason’s in the closet!”

Slashers eventually leaned into this audience interaction—the scene that comes to mind is in Jason Lives, when a bloody AmEx card is floating along, the camera held on it for a long beat, setting up the audience for the punchline “Don’t leave home without it!”

The end result of this relationship with the audience was making the characters more and more like a horror audience, ushering in an era of meta-slashers and flat-out horror comedies.

From the ingenuity required to make something on the cheap for the love of the art to the POV innovations and genre conventions, slasher movies are a pure expression of love for making and going to the movies.

Join me for the next part of this column, when I share some slasher essentials to fill out your Halloween movie marathon list!

A History Of The Halloween Franchise In Print