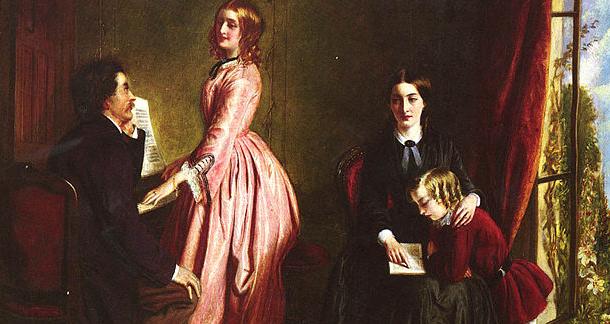 Writers have always loved to give advice, even when it’s not solicited. This is very apparent if you decide to spend a minute going through Google books using the search terms “writing advice” and restrict results to the 19th century. Looking through writing advice from about 200 years ago is an interesting exercise in gauging how much things have changed while also remaining the same. Do any of these antique words of wisdom still ring true for aspiring writers? 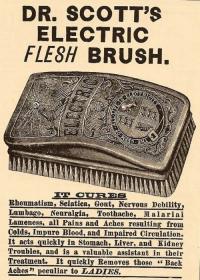 A Legacy of Affection, Advice, & Instruction, From A Retired Governess, To the Present Pupils of an Establishment Near London, For Female Education, Which She Conducted Upwards of Forty Years, is a voluminously titled treatise from 1827. In the introduction, we learn that the author is in her seventies, and has bequeathed her schooling duties to younger relatives. She explains that she intends to provide a utilitarian guide for her heirs, and has purposefully remitted her name in order to remain anonymous. The author (or authoress, as she refers to herself) isn’t just giving advice on writing; she also touches on everything from “causes of happiness and misery,” health (don’t stay up too late, partake of dancing, skipping rope, and use a “flesh brush”), among other areas. However, writing is clearly an area of life that she is passionate about. She even goes into the annoyances caused by obtaining decent writing instruments at the time, stating that she believes some men endeavor to add to their own importance by purposefully neglecting to teach pen-making, which creates a dependence on them. She adds, “Every woman who can thread her needle ought to be able to make and mend her own pen, that she may write with clearness and pleasure, and with that easy flow which is lady-like, and not in the stiff characters used by young women educated in charity schools.” She then goes on to say that women are almost universally superior to men in letter writing overall, and names Lady Mary Wortley Montagu (a writer who also happened to introduce the concept of Smallpox inoculation to Western Europe, no big deal) as a bit of an idol.

Our retired governess concludes, “Speaking practically on composition, its beauty depends on the mind and knowledge of the writer. If you think soundly and possess much information, either from reading or from intercourse from the world, you can scarcely fail to write with interest. If the pen fail to express what the mind thinks, the failure arises from want of practice, for practice with the pen is like practice in music, in dancing, in drawing, and every other art.” This seems sound enough, and we’ll come back to it shortly.

Advice to A Young Woman At Service; In A Letter to a Friend, is exactly as the title describes, a 33-page letter from 1823, signed simply by "Lois." Its author says, “I cannot recommend too strongly the practice of writing letters to your parents and brothers and sisters; it will keep alive your affection for them, beside the pleasure you will give, and the improvement you will make yourself in writing, and spelling, and the power of expressing your thoughts.” She goes on to dive into reading habits: “By allowing yourself one book a year, you will in time get a pretty collection; but do not ever buy, or even read one, without asking the advice of some good person, for there are bad books in circulation, such as I should be sorry to even have you look at;—and many more foolish ones, which it is a mere waste of time to read.” 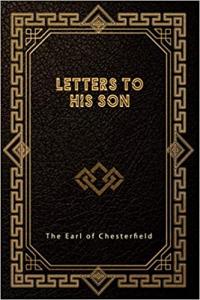 We get a different perspective on writing in Lord Chesterfield’s Advice to His Son, On Men and Manners, which comprises a thirty-year correspondence in more than 400 letters. The tea here is that when the titular son died, Lord Chesterfield was shocked to find out that he had been secretly married for a decade with two children. Although Chesterfield designated an allowance to his grandchildren, his deceased son’s widow received nothing. As a result, she decided to publish their correspondence to make a few cents. These letters were not actually published in the 19th century, but at the end of 18th; however, they remained popular and in print into the next century, and contain the following advice: “Every man who has use of his eyes and his right hand, can write whatever hand he pleases. Nothing is so ungentlemanlike as a schoolboy’s scrawl. I do not desire you to write a stiff, formal hand, like that of a schoolmaster, but a genteel, legible, and liberal character, and to be able to write quick. As to the correctness and elegancy of your writing, attention to grammar does the one, and to the best authors the other.” Hmmm. “Epistolary correspondence should be easy and natural, and convey to the persons just what we would say if we were with them.”

What do we learn from this exercise, if anything? I do think it’s interesting to see the way in which the two women authors, who come from a more middle class background, have a very pragmatic definition of what writing is meant to achieve. It’s a pure means of communication, and everything about it is very purposeful. Writing and reading were acts that took concerted effort (as did just about everything else at the time), therefore, you shouldn’t waste your energy on reading garbage or writing anything that didn’t serve some higher function, such as connecting with distant loved ones. But there’s also just a touch of something new; a burgeoning creativity and excitement around expressiveness through words. Bear in mind, Jane Eyre was years away from publication and Frankenstein was brand new. The idea of a distinctly female protagonist or voice in a more novelistic sense was still radical. Lord Chesterfield’s advice is quite different. Perhaps unsurprisingly, a socially privileged individual wouldn’t want to hide behind words, but use them to tell people exactly who he was. Overall, I took away three kernels of advice from this that I do think are still relevant: a well-lived life lends itself to writing, don’t waste your time reading bad books (even if you can afford more than one a year), and, when conveying your own voice, write as if you were in the room speaking. Oh, and don’t forget to skip rope and always use a flesh brush.

What are some of your favorite pieces of writing advice? Let us know in the comments.

Get Lord Chesterfield's Letters to His Son at Amazon