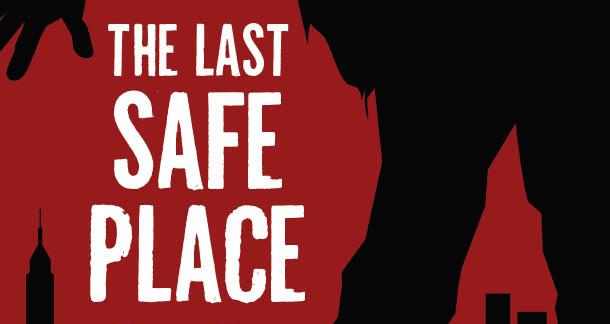 There are a lot of things I wish I did better. One of those things is: Maintain a more rigorous writing schedule, something I've never been very good at (I have the attention span of oh my god I just saw something shiny).

One of the things that keeps me from writing is that I spend an awful lot of time writing about writing. And it's a gas. I love doing it. It ain't like I'm never going to do it again. But I think I need to cut back a bit.

I've decided to make this the last installment of Adventures in Self-Publishing, so I can focus more on the multitude of writing projects that I never seem to be able to finish.

Since this is the final column, I figure it's a good time to look back at what I learned from the self-publishing process.

Pay for a cover designer. I love my cover. I've got a little Photoshop kung-fu but I'm glad I didn't try to DIY this. It's always good to pay for professional work.

Pay for an editor. This is a thing I didn't do; instead, I fielded the novella out to savvy friends and asked them to help me edit it, with the promise I'd edit something of theirs in return. This worked and didn't work. I got some good input and the story got stronger, but I still missed a few typos, and more than once had to tweak the file and re-upload the whole damn thing. Not that my friends didn't do a good job, but a professional proofreader would have been helpful.

Amazon KDP Select is OK but not great. There are several things I like about Amazon's KDP Select program—being able to offer my novella for free to get it in the hands of more readers, being in the lending library. The thing I don't like, and will never like, is making the title exclusive to Amazon for a period of three months. I was only up in Barnes & Noble and Kobo, but still, I feel bad locking out potential customers. I don't think I'd use KDP Select in the future.

That being said... Amazon is still the biggest game in town. I was up at Kobo for months and didn't sell a single copy through them.

Offering your book for free is a great marketing tool, sometimes. This is a lesson I already sort of guessed at, from the work I do at MysteriousPress.com. I've seen, numerous times, that discounting a book in a series can pull readers into the rest of the series. So offering your work for free or at a steep discount seems like a great marketing strategy—when you've got other work available that people can find. If you've got one solo piece up for sale, it's not as effective. I gave away nearly 800 copies of the novella during a three-day promotion; since then I've sold and lent out only a fraction of that.

Don't get your hopes up too much. I e-mailed bunches and bunches of websites looking for reviews. Some responded, some didn't. I sent out at least a dozen copies of the novella hoping to generate some buzz. From what I can tell, no one has done anything with it yet (besides Leah Rhyne and Katrina Monroe, but I didn't solicit them). I also talked to my local newspaper (and former employer) about doing a piece on it. They were hot on it but I haven't heard back (that's a bit different, given Hurricane Sandy, so I'm not upset about that one). Still, nothing is a guarantee.

Follow-up with people. That's a thing I didn't do, to my own detriment, because...

Dedicate time to market your work. No one is going to find your book by accident. A constant struggle I had here was finding time to dedicate to marketing, but between LitReactor, MysteriousPress.com, my own writing, reading, and general life stuff, it's hard to carve out the hours. Luckily, I never intended to make this a full-time gig, nor did I plan to move heaven and earth to sell copies. So I'm not disappointed by my performance thus far. I do wonder if I could have done better if I put a little more time into it.

Enjoy the ride. Every positive review I got of my work was amazing. Amazing. Especially the ones from strangers. Not to discount friends and family, but they bought it and read it because they know me. Strangers, though, they don't owe me anything. And for someone who doesn't know me to go out of their way to write a nice review? Aces.

Would I self-publish again?

And the answer is: Sure. I already have a plan in my head for another thing I'd like to self-publish. Maybe two. But the next thing I'm working on, the novel I'm finishing, I'm going to seek a traditional publishing deal for that one. And I will be very honest about why: The cachet of making it through the machine.

I was never an adherent to the Cult of Self-Publishing. There are people out there who think traditional publishing is evil, that is takes control from the artist and subjugates them. I think at least a few of those people tried to get published and couldn't. Traditional publishing offers a lot of stuff self-publishing doesn't: Placement in bookstores; professional design, editing and marketing; networking and connections up the wazoo. I'd like to try that stuff out, too.

Traditional and self are different paths to a similar goal. And I can say now, from personal experience, that self-publishing is certainly one worth exploring. But I also don't think it's the right fit for everything I want to do.

As a whole, I would consider this whole self-publishing experiment to be a success. I went into it with low expectations—I wasn't planning to retire on the proceeds. I just wanted to tell a fun story, finish a piece of writing, get it out into the world, meet some new people, and gain a little insight into the sales portion of the publishing game. And I did all of those things.

I think the best and most important thing I got was the feeling of completion, of taking a story, seeing it through to the end, and moving on to something else. It made me realize that I can finish a story—after two novels that still haven't gone anywhere, it's easy to feel like you're going to write forever and ever and not ever actually reach a conclusion.

That was one of the most valuable things I got out of this: The confidence it gave me as a writer.

So, yes. It's a good time to get some real work done, because I'm feeling pretty good.

Thanks for following along and asking good questions.

Adventures In Self-Publishing Part 2: From Art To Commerce

Adventures In Self-Publishing Part 3: So, Can We Talk About Some Stuff?

Good stuff, Rob, I've enjoyed these articles for the past few months, glad you found the experience worth your time!  Cheers, Deets

Thanks for taking us along for the ride, Rob. You wrote a great book and shared your lessons with us. You've got cred and credit in the karma bank.

Thanks for sharing the results of your experiment with us. I have read this column since you started it and have enjoyed it. Very helpful. Also, I bought the novella on my kindle. Enjoyed that as well.