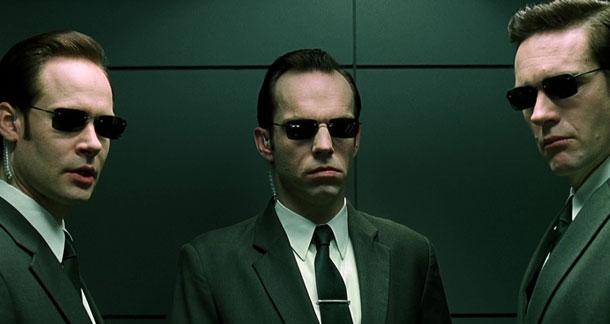 Let me preface this piece by stating I have the utmost respect for literary agents, editors and publishers who have always acted in the best interest of their authors, their authors’ careers and as good stewards within the literary world in general. This article is in no way directed toward those fine people in our community.

When I began to write advice for writers several years ago, I wrote with the intent to help new writers become “agent ready.” After witnessing over and over again the same mistakes writers seemed to be making in their query letters, at writers' conferences and events and in their professional relationships with their literary agents and editors, I felt the kind of advice I could give as a former agent was worth something. Then I started reading what all the other agents and industry experts had to say about the most common pitfalls writers should avoid with topics ranging from pitching to promoting their books. After about a year of reading what everyone else was saying while trying to find my own voice in this mess, I began to feel overwhelmed and a little bit disgusted by this whole business of “advice for writers” that was proving quite lucrative, for two reasons: the first being, you as writers don’t need to fill your skulls with conflicting, repetitive or just so MUCH advice when you should be living, writing and connecting with your literary communities in meaningful ways; and two, most of you are not socially mal-adjusted morons. I've pretty much stopped putting out advice unless I am asked via my column here at LitReactor or am hired to do so.

And so I’ve been thinking – maybe it’s not writers who need any more advice. (You’ve got it all online or on the shelf already. Ask me where you should look for the best advice and I’ll tell you.) Maybe with all the changes in the publishing world, it’s the professionals in the publishing industry, namely the literary agents, who need some kind reminders of how to best present themselves to those from which they make their living – the writers. Maybe a handy and catchy Top 6 Ways to Keep Your Clients and Not Turn Off Potential Talent list is in order here. I have yet to see one of those lists published. So let’s rock, LitReactors.

Agents, rather than clustering together at writers’ events, mingle with the writers! You know, the ones who paid to come listen to what you have to say. A veteran editor from a Big Six house once told me speaking in front of an audience is no big deal – you just have to know more than they do. Well, guess what? Writers know a HELL of a lot more than you think they do. Rather than swap the latest industry gossip with your fellow agent, it might be a good idea to get friendly with a few potential bestselling authors in the crowd. You will probably learn something new.

Don’t leave your writers hanging and keep your word. If you’re swamped with work and can’t meet your deadline, that’s cool, just let your writer know. They know you’ve got a full plate and they know they won’t always be your top priority, so when life gets “crazy busy,” as many of you are so fond of saying, kindly apologize for not making the deadline and let them know when they can expect word or an update from you.

You’re the expert on giving advice to writers about how they can lure you with the perfect query letter and the perfect pitch. But just as you’ve seen it all, so have seasoned writers seen it all when it comes to rejections. If you review your history of rejections and find you use the following phrases too often, it’s time to consider revising the pass letter:

“I just didn’t fall in love with the prose.”
“I didn’t feel the protagonist was likeable.”
“The writing isn’t there.”
“I’m afraid this isn’t really right for me but I’m sure another agent/editor might feel otherwise.”

And for God’s sake, please quit saying, the writing has to grab me by the first page or else it’s a pass. Get over yourself. YOU write a high concept novel and we’ll talk, OK?

You know the agent who sits in the back of the room wearing expensive shades waiting for their panel discussion to start? The one who snickers to her colleagues while another panelist is speaking about their experiences and successes? The one who says, “Who is she? I’ve never even heard of her.” The one who can't be bothered to be present until she's "on?" Don’t be that diva. Writers hear you! They see you. Be cool. Respect your colleagues and those who show up for these events. Everyone is here to do the right thing (or should be), and that is to help authors turn their great concepts into marketable books. Seriously, check the ego and the shades at the door. You look and sound like jerk. Bad, bad karma.

It’s All About Platform!

Twitter and Facebook (and all the other social media mediums) are great platforms that allow you the expert to connect with your audience – many of whom might be potential clients! Just remember, those helpful social media how-tos and not-to-dos also apply to you. Letting us know you’re waiting for your coffee to kick in tells us nothing about the real you. Shouting your frustrations out amongst your followers does not particularly endear you to them. Giving us details about the minutiae of your day doesn’t shine a positive spotlight on your productivity. You’re having a crazy busy day? Yeah, well, cut the jibber jabber and you’ll find you have more time than you thought you did.

And should people comment on your blog, acknowledge them. We know you don’t have time to spend on lengthy responses. A simple “thanks for the comments, folks!” goes a long way.

When I pitched the one and only screenplay I would ever rep, I cold called production companies for about a week. I called Sidney Poitier’s production company late in the day and expected to speak with a receptionist, an assistant if I was lucky. As soon as I heard that auspiciously deep lyrical voice on the other end of the line my first thought was, “Oh shit! It’s one of the greatest, most influential actors of all time on the other end of this line! Don’t screw it up!” My second thought was, “Just pitch the thing. This man has a beating heart just like me.”  And so I did. Mr. Poitier listened to my pitch and passed, graciously wishing me and my writer the best of luck with this project. I learned that day that the people who really do well in this business, those who get an opportunity to do it the longest, show up and keep it real.

You made a choice to be in publishing. It’s tough, no doubt about it. You could make a living doing something much easier than selling intellectual property. Many of you are now publishing your clients’ work yourselves as eBooks. Writers will continue to not know exactly how to approach you. Some might have the audacity to call you. On the phone. And PITCH! You know what? That’s pretty rad. Let them. THAT is what you’re here for! You cold called editors once upon a time and they let you. Be that guy.

If you chose to be here, show up and do the best you can for your writers. Show grace to those who have the guts to call you or approach you and blunder their way through a pitch. If you’re easily annoyed by writers who lack a certain know-how about querying, pitching and the myriad other things they’ll no doubt get not just right, this job may not be the best fit for you. Their primary job is to write. Yours is to sell.

There’s an old adage in the agent world – you are who you represent. You can’t afford to think like this anymore. You are also how you treat those who choose to put their careers in your hands when they could very well do it themselves.

Any agent and editor who just read this felt their ship founder.  Nice Article.

Thanks. Again, there are many great agents out there to whom this list does not apply. I refer to them once in a while in my column here at LitReactor.

Bobby Detrick from Bakersfield CA is reading World War Z and The Hunger Games April 4, 2012 - 12:00am

Awesome job Erin! I hope this column reaches its target audience by the time I start my search for an agent. I’ll be trying to get a little taste of the whole process when I visit the LA Festival of books this year. I've enjoyed your advice greatly and feel more prepared for when the time comes because of it. PLEASE keep up the great work and I’ll keep following it.