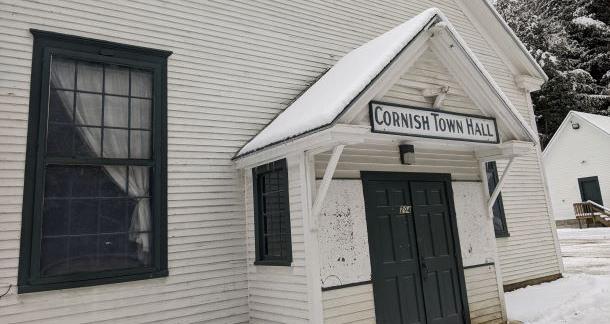 Driving into Cornish, N.H. on a sleepy Sunday in January, it was clear that for my purpose, I’d either picked the worst time of year to visit or the best. Possibly the worst because there wasn’t another living soul to be found; just fields, barns, old chapels with peeling paint, and a fire station with strings of Christmas lights still hung along the front. My car wound down roads with pine trees and farmer’s cemeteries dusted in a soft coat of newly fallen snow. But maybe, I thought as I searched for a storefront with the lights on or a chimney with smoke curling from it, maybe it was the best time to visit, because this was Cornish at its most sincere, with no one to entertain or impress.

The Code of the Hills

For the past two years or so, I’ve lived and worked relatively near to the unassuming town of Cornish, having moved north to New Hampshire from the Boston area. During the time I’ve been here, I’ve picked up the occasional anecdote about Cornish’s most famous resident, author J.D. Salinger, and I became curious about the town. Salinger was known to be deeply reclusive in the later years of his life, which he lived out in Cornish. The stories I've heard pertain to locals going out of their way to protect the famous writer from tourists, purposefully pretending to be totally ignorant of his work when fans came knocking during his lifetime. One resident dubbed this “the code of the hills” in a 2010 New York Times article.

Salinger’s image has changed in recent years, and there’s a fair amount of controversy that’s boiled up around his legacy, especially concerning his relationship with Joyce Maynard. But what I wanted to find out through my visit was less about the author himself, and more about his history in the town where he lived for nearly six decades. If a person started walking around Cornish and asking about Salinger, did “the code of the hills” still apply today? Had Salinger’s legacy changed amongst his neighbors since his death 13 years ago, in January of 2010? 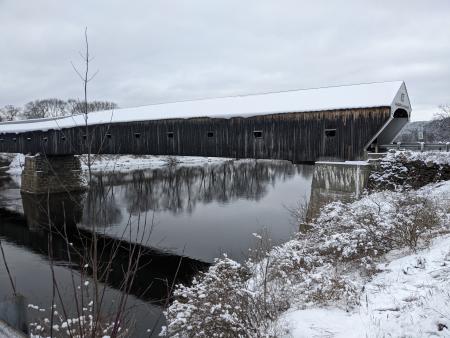 A Pocket of Solitude

I pulled over to update my GPS in the parking lot of the Cornish General Store, which was closed up tight with the lights off and a selection of books set out on shelves on its front porch. Nothing stirred as I continued through town, not even a crow landing on a telephone wire or a jogger out combating the wet winter roads in exchange for pristine views of Mt. Ascutney. January in New England is often quiet, but this felt like I’d driven into a pocket of total solitude. The loudest thing in town, stark as a brown water snake against snowy riverbanks, was the Cornish-Windsor Bridge, which at 449-feet long holds the distinction of being the longest covered bridge in the United States. As if to reinforce the feeling of having tripped backwards in time, a sign at its entryway reads, “Walk your horses or pay two dollars fine.”

Nearby the bridge, I found the 12% Solution Country Store, which lived up to its sign proclaiming to be open seven days per week. I bought a cup of coffee and asked the man behind the counter about Salinger. Did anyone still come around asking about the author of The Catcher in the Rye? The cashier replied almost instantly and in a friendly manner, “Not since he died.” Another customer behind me in line, catching onto the conversation and taking an interest, joked that he’d always thought Salinger was a fictional character. Both confirmed that they hadn’t heard very much about the author around town in recent years. Their tone didn’t indicate it to be a particularly touchy subject, but as I drove across the Cornish-Windsor Bridge into Vermont and onward towards home, I also couldn’t help but feel like the answer came a little too quick, and a little too friendly. When I asked about Salinger, it wasn’t met with any pause or register of surprise. And I may have New Hampshire license plates, but I’m clearly from out of town. Was this the “code of the hills,” or was I reading too much into a short conversation?

My initial impression was that the dense Cornish woods has begun the process of filling in a man-shaped space around the author's memory. But when I opened my laptop to begin writing this article, I realized that I did have an encounter with Salinger’s ghost that had gone completely over my head. The Cornish General Store, where I pulled over to check my GPS, was purchased by Salinger’s widow, Colleen O’Neill, who has expressed interest in donating the building to the town for use as a library. So the question remains: is Salinger fading from Cornish, or is his memory subtly tangible on every street?

Get Salinger at Bookshop or Amazon‎

Get At Home in the World at Bookshop or Amazon