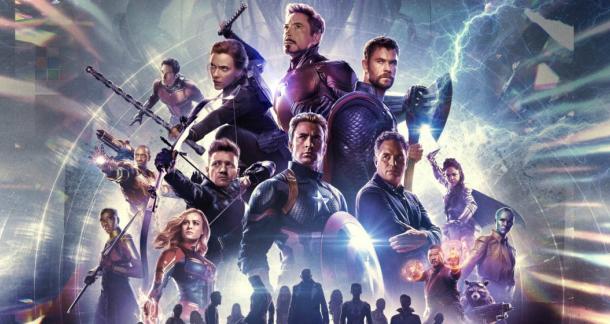 Endings are hard. Ask any author what the most difficult part of their job is, and I guarantee “writing endings” is the answer. It demands a perfect balancing act. Your ending must reflect the hero’s entire journey in microcosm and revisit the major themes without getting repetitive. It also has to be surprising yet plausible, so the audience doesn’t see it coming, but still accepts it as a reasonable conclusion. Never mind the cover—most readers will judge your book by its ending. It’s the last part they read, and it’s the part they will remember, for better or worse, even after all your meticulous details have faded from their memory. A great ending can elevate a mediocre work, but a bad one can completely tank an otherwise brilliantly crafted tale. For such a small part of the story, it wields a tremendous amount of power.

Finishing a short story is hard enough. Ending a long-running saga is even more difficult, audience expectations increasing exponentially with every second they invest in your world. Coming up with a satisfying conclusion to a shared universe of beloved characters spanning over a decade and twenty films is a daunting task at best. It’s never been done before, and yet Avengers: Endgame nailed it on the first try. How did they do it?

Never mind the cover—most readers will judge your book by its ending.

In case all that talk about endings didn’t make it clear, there are going to be SPOILERS for Avengers: Endgame.

The short answer is by sticking to a rigid structure. Endgame takes every dangling character thread of the MCU and weaves them into a series of small circles layered on top of each other. It accomplishes this by having each of the main heroes relive a miniature version of their overall character arc. While there is no tried and true, one-size-fits-all trick to writing an ending, the circle can be a surprisingly useful tool. It allows you to reflect on where the character came from, their journey to where they are now, and how they have been changed by it all.

Let’s look at Black Widow and Hawkeye. As they fly a spaceship back in time so they can recover a magical stone, Hawkeye notes that they’re “a long way from Budapest.” This reaches back to their first cinematic appearance together in 2012’s The Avengers, when they fought off an alien invasion in Times Square and Widow remarked that it was “just like Budapest.”

This becomes more than a simple callback when they go to retrieve the Soul Stone. Widow and Hawkeye end up battling each other, just like they did seven years ago. Hawkeye isn’t in his right mind, and Widow must fight to save him from being something he does not want to be. Once again, they subvert the typical action movie dynamic. Hawkeye stoically insists that he sacrifice himself to retrieve the Soul Stone, but Black Widow cleverly steals the opportunity from him because she has a dark past to atone for and he has a family to look after. She saves him from himself one last time, a role typically reserved for action dudes rescuing hysterical damsels.

Thor’s personal journey has always been about finding self-worth. In his first movie, Odin declares him unworthy before stripping him of his powers and banishing him to Earth. Ever since then, Thor has struggled against an external locus of worth, often allowing others to define him rather than deciding for himself. Nowhere is this made more clear than in Ragnarok. When he says he can’t defeat Hela without his hammer, Odin asks “Are you Thor, God of Hammers?”, because it takes more than just power to make a hero. This is reiterated in the beginning of Endgame, which shows Thor suffering from severe PTSD and feeling quite unworthy after failing to kill Thanos in Infinity War. But a chance time-traveling encounter with his mother helps Thor realize he is not a hero because he always succeeds, but because when he does fail, he gets up and tries again. When he calls for Mjolnir and the hammer actually flies to his hand, Thor realizes he is still worthy. External validation may not be necessary, but it is comforting to have nonetheless. 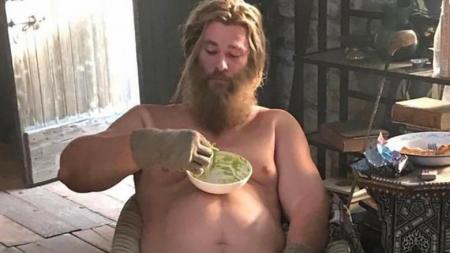 Captain America is the most effortlessly heroic of the bunch—being the good guy is just his default state. He is strong, brave, compassionate, and selfless... almost to a fault. Whenever someone in the Marvel Universe says “duty” or “sacrifice,” Steve Rogers’ hand is always the first one up. When it’s time to fight, you will find him on the front line. He never worries about his career or death, and while that is admirable on so many levels, it can also be unhealthy when taken to extremes.

In his very first movie, he sacrifices himself. Sure, he survives, but he definitely didn’t expect to. Once he wakes up in our present, he picks up his shield and goes right back to work saving the world. Steve doesn’t have any friends outside of work—even Sam Wilson, who Steve befriends as he laps him on the track (“On your left”), eventually joins the Avengers. When Captain America straps on that broken shield in the final battle of Endgame, it seems certain that he is going to die. But then Sam Wilson returns to the battlefield, completing both a metaphorical and literal circle as he comes up behind Steve and repeats: “On your left.” It would have been so easy for Cap to make the ultimate sacrifice in this finale, and that’s exactly why it couldn’t end that way—it would have simply been another lap around the track for him. After the war is won, Captain America is sent back in time to return the Infinity Stones to their proper place in history and doesn’t return. We learn from a much older Steve Rogers that he finally decided to do something for himself—he made that date with Peggy Carter and got his own well-deserved slice of happily ever after.

And then there's Tony Stark, the man who started this wild and crazy ride. Unlike the others, Stark’s battle was against his own character flaws. While he has a good heart (metaphorically speaking), he is an incredibly self-centered egotist. It’s not until he’s nearly killed by one of his own inventions that he even considers the ramifications of his actions beyond the effect on his bank account. Even after donning the Iron Man suit, Tony still has to overcome his selfishness in order to become a hero. Although he saves lives, most of the villains Tony faces in his first few films are people with a personal grievance against him (Ivan Vanko), his own creations (Ultron), or both (Obadiah Stane). Even saving Manhattan from a nuke in The Avengers was not a purely selfless act, since he was also protecting his beloved, his home, and his company. He was also unwilling to accept that Bucky (Winter Soldier) was not responsible for his parents’ deaths, even when presented with hard proof. Stark’s response? “I don’t care. He killed my mom.” He tries to murder an innocent man for revenge, which is a dark turn to take so late in the character’s life, but it works as reminder that even heroes are people with flaws who make mistakes. 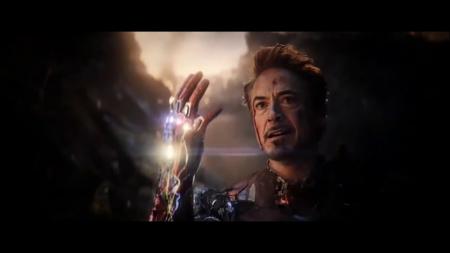 The reason Stark’s story has remained compelling for so long is because this self-centeredness is not an enemy that can be defeated once and for all—he continues to struggle against it until the end. When the leftover Avengers come seeking his help at the beginning of Endgame, he initially refuses for selfish, albeit understandable, reasons. Tony survived the worst thing to ever happen in the universe, but he was lucky. He still got a piece of happily ever after with a wife and daughter in a quiet country house, and going after Thanos and the Infinity Stones could put all of that at risk. Eventually, Tony realizes that he can’t sit by and do nothing if he has the ability to restore all the families that were less fortunate than his own. You actually watch him decide that the lives of billions of strangers outweighs his personal happiness. It’s a moment that makes a striking juxtaposition next to Tony’s time-traveling reunion with his father. Howard Stark symbolizes the kind of man Tony used to be—he says something to the effect of “I never let the greater good get in the way of personal fortune.” It all finally comes full circle when Tony says that iconic line: “I am Iron Man.” The first time he said it, he was just bragging, pure self-aggrandizement. The last time he says it, it’s a declaration. He is no longer just Tony Stark; he has finally become the hero he was always trying to be. When Iron Man makes that last fateful snap, he casts aside all the personal concerns of Tony Stark, committing his first truly selfless act as he makes the ultimate sacrifice. His long journey is at an end.

Endings are hard. Tying up everything with a neat little bow is rarely as simple as it sounds. The list of perfect finales is an incredibly short one. You can do your level best and still wind up with a conclusion that is confusing, frustrating, or simply unsatisfying. Absolutely brilliant writers fail at it all the time. But don’t give up. Endgame is proof it can be done. Learn and take inspiration from it, so you can send your audience home with a mind-blowing last chapter they will never forget.