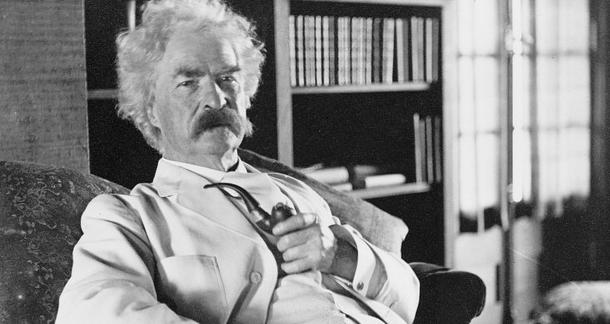 Sometimes authors willingly choose to direct readers away from their true identities. It might be a bid for intrigue, or a means to hide from unwanted scrutiny and prejudice such as in the case of the Brontë sisters. Occasionally, however, issues of authorship and identity are more complex or decidedly less purposeful.

There are at least 50 different contenders whose names have been put into the ring by anti-Stratfordians over the years as the “real” Shakespeare. The Marlovian Theory is perhaps one of the more colorful and best known, but there's also the Francis Bacon camp established by eccentric nineteenth century scholar, Delia Bacon. Many of the qualms about Shakespeare's literary abilities basically boil down to his perceived lack of education and experience. This 2010 analysis by Robert McCrum is a good primer on the topic that thoroughly rips into most of the popular theories questioning Shakespeare's identity. 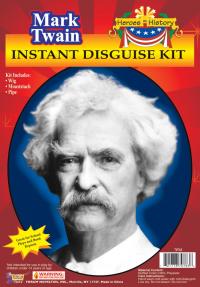 Mark Twain must have set some sort of record for the number of times he was confused with other authors. Unlike the other cases on this list, it wasn't his works that suffered from identity mishaps—it was his face. He was taken for the director of the botanical gardens in Palermo, Italy, historian Theodor Mommsen, and socialist lawyer Gaspar Clemens (the last even claimed to be Twain's cousin, although the link was never verified). He was also likened to Ambrose Bierce, who wrote in a 1913 letter, “O yes, I suppose I look like the late Mark Twain—I've been mistaken for him all my life, sometimes most amusingly.” A dentist from New York named Joseph Jay Villers even used his resemblance to become a professional imitator of the writer.

3. An Army of Ghostwriters

Ghostwriters are hired professionals, of course, so it's already established behind closed doors that the name on the cover won't be that of the actual author. It's not exactly a case of mistaken identity, but many readers still see the use of ghostwriters as a violation of trust, of having the wool pulled over their eyes. That hasn't stopped enterprising individuals like James Patterson from building a small army of ghostwriters. His first book was published 40 years ago, and well over a hundred more have since followed. At this point in Patterson's career, the bestselling author openly admits that most of his books aren't written solely by him—he just oversees their creation.

Caroline Leavitt wrote a Salon piece back in 2011 about a strange mix-up that occurred when her novel, Girls in Trouble, was issued in a Chinese edition. When a box of the books arrived for her inspection, Leavitt was shocked to find that the author photo on the back flap depicted a complete stranger. After conducting some research, Leavitt eventually discovered that the woman in the image was author Summer Pierre, whom she'd once interviewed for a blog post. Similar mistakes have occurred since the time of John Milton, who called his author image an inaccurate “caricature” of himself. His age was also off by 16 years in the accompanying caption.

Back in 2011, the King's Head Theatre of London made a surprising announcement. They claimed to be in the midst of producing a completely new script by Oscar Wilde. Wilde's grandson, Merlin Holland, was having absolutely none of it. He spoke out against the play as “complete tosh,” telling the press that his grandfather was only responsible for a brief synopsis of the script. Titled Constance, Wilde's family insists the play was penned by Guillot de Saix and further adapted by Charles Osbourne. Rubbing salt in the wound, Holland added that he read the play and thought it “a pretty appalling piece of work.”

Did we miss anything? Let us know in the comments!