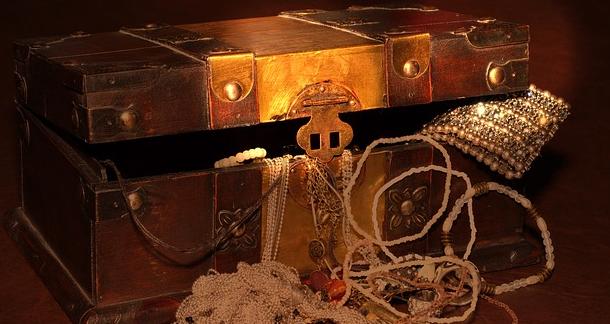 Hermeticism, Spiralism, Futurism— there are a lot of ‘isms’ once you start to venture into this territory. Major literary movements like Realism and Romanticism are bandied about in liberal arts classrooms across the world, but not every idea finds a solid foothold in history. Just as there are innumerable faceless writers whose works have slipped from public visibility, there are whole literary movements and sub-movements that have been mostly swallowed up by the past. A few merely served their purpose, and so their advocates moved on to create new things, naturally merging with later schools of thought. Some seem eccentric or inaccessible, others are still building momentum, and still others may deserve a second chance at life.

Spiralism is a uniquely Haitian biomimetic movement that was born in the mid-sixties. Its evolution is mainly credited to Jean-Claude Fignolé, René Philoctète, and Frankétienne, the man known as the “Founder of Haitian Letters.” In a foreword to his 1968 work, Ready to Burst, Frankétienne describes Spiralism as “life at the level of relations (colors, odors, sounds, signs, words) and historical connections (positionings in space and time). Not in a closed circuit, but tracing the path of a spiral.” Using these natural patterns, Frankétienne says he is able to “employ the dialect of untamed hurricanes” and speak in “the language of untamed storms.”

Major literary movements like Realism and Romanticism are bandied about in liberal arts classrooms across the world, but not every idea finds a solid foothold in history.

A recent reflection by the Chicago Tribune back on Ready to Burst found many of the themes and struggles of the narrator still very timely, even if Spiralism itself seems to have faded from international awareness.

I am honestly delighted that this movement ever existed. Martian poetry was mainly produced in the late seventies and early eighties by a small group of British writers. Their work emphasized a feeling of observational detachment otherwise known as ‘defamiliarisation.’ The idea wasn’t so much to write about Martians, but to write about our own planet as Martians seeing it for the first time. For example, Craig Raine’s “A Martian Sends a Postcard Home” describes mist as “when the sky is tired of flight and rests its soft machine on the ground.”

The Angry Penguins were comprised of a group of young Australians in the 1940s who were, predictably, angry. The Penguins (can we make an effort to name more literary movements after marine life?) felt that the lit scene in Australia was too isolated from the rest of the world and in sore need of a modernist update. Not everyone agreed, and the penguins saw opposition from several groups. Chief among them were the Jindyworobaks, a nationalist group geared toward cultivating more indigenous art.

Things took a rather odd turn in 1944 when the Penguins published a volume of poetry called The Darkening Ecliptic. Shortly after the book hit the presses, two men came forward to reveal that they had concocted all the featured poems out of randomly selected nonsense. They then sent it to the Penguins to see if anyone would actually publish it. Movement leader Max Harris argued that the hoax didn't change the literary merit of the poems, but everything went downhill for the group from there. Harris was taken to court and fined for publishing "obscenities," but has since been recognized for his contributions to Australian literature.

Spam Lit has seen a bit of press over the past few years from the Paris Review and the Guardian, but in case you missed it, here’s a short summary. Spam lit (or spoetry, as some call it) is the only example on this list to begin in the twenty-first century. It’s a kind of found object veneration, similar to piecing together scribbles on a bathroom wall or bus stop. The curators of spam lit build on the baffling and sometimes jarring effect of these random words to create...something. A debate on the value of found poetry can be spared for another time, but it does make for interesting wordplay, to say the least. The Angry Penguins would have probably loved it.

With that in mind, I can’t resist posting this wonderfully Faustian piece of spam that I noticed on the LitReactor Facebook page:

my name is Frank i am an agent of Illuminati w call it church of Satan just be rest assured that fame,riches,popularity,wealth will not be a problem once you become one of us all you ever need is to contact me

what you ever need will be given only if you have the heart.

Thank you for your contribution to literature, Frank the Illuminati.

Hermeticism was an Italian modernist movement that followed on the heels of Futurism. While Futurism focused on industry and human progress, Hermeticism produced poetry that was short and cryptic. This was more than a function of art or aesthetics. Salvatore Quasimodo, Eugenio Montale, and Giuseppe Ungaretti pioneered the movement, which took place as dictatorships were on the rise across Europe. Strongly influenced by French Symbolist poets, the men purposefully crafted obscure, dense works to escape censorship by the Facist regime. The arcane nature of their poetry is what earned the movement its name after Hermes Trismegistus, an ancient mystic and occult author. Two of the three original Hermetic poets went on to win Nobel prizes in literature.

Did we miss anything? Do you have a favorite literary movement? Let us know in the comments!