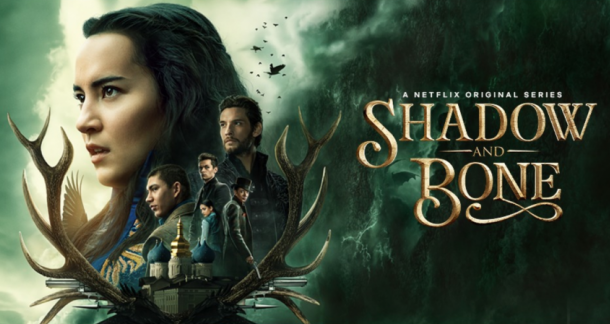 I didn’t wait to watch Shadow and Bone, the epic Netflix adaptation of an epic YA world created by Leigh Bardugo, because I wasn’t interested. In fact, I’ve been a huge fan of Leigh’s worlds since I stumbled across Six of Crows back in 2016 and utterly devoured that duology in a few breathless days, consuming the books in my room, in my living room, on the train to work, thinking about them constantly.

I was even lucky enough to interview Leigh when her Wonder Woman book released in 2017, publishing a piece with Ravishly including all her brilliant answers to my breathless questions.

When Shadow and Bone was cast, I woke up to approximately 10 screaming DMs from a college friend and together we amped each other up, hollering, virtually, about our excitement.

So why did I wait nearly two months from the April 23 release date to start the show? And once I’d started it, why did it take me a full month to watch the eight episodes that comprise the first season? I literally hadn’t even started the show when they announced it had been renewed, and I was just as overjoyed as everyone else.

See, I always knew I would watch and love it. It was just one of those experiences that had to be savored. Like a rich chocolatey mousse that you can’t eat too quickly or you’ll drop into a food coma — satisfied, but unconscious. I knew that if I watched Shadow and Bone too soon, too quickly, I wouldn’t be able to fully enjoy all of it.

have realized why i'm watching @shadowandbone_ so slowly, and it's not because i'm not adoring it: it's because the show is rich like the most decadent of chocolates and i need to pace myself or i'll lose myself #ShadowAndBone

By the time I started the show, there had already been ample discussion of a few controversies surrounding it. In the first place, whereas book Alina Starkov was white and blonde, TV show Alina, played by Jessie Mei Li, was half Shu Han, and the writers included racism directed at the character. A quick Google search for “shadow and bone tv show racism” provides ample takes on the subject — mostly negative.

Which makes sense — why add racial diversity to your cast if you’re just going to make that another difficulty the characters have to overcome? And I can imagine, though I can’t fully understand, the frustration many Asian fans likely felt at seeing themselves represented in a powerful character, only to see said character torn down again and again for her race.

In addition to that, it emerged around May that the stunt double for Amita Suman, the Nepali-British actress who plays Inej Ghafa, was white, meaning she wore brownface for her scenes. Which is a pretty egregious thing, for a show to cast a brown character but also cast a white stunt double, instead of affording that opportunity to another person of color.

As a white woman, I can’t speak fully on these controversies, and I’m not going to try to. I’m here to acknowledge them, and say that one thing I’m grateful for is that many of these issues are being addressed. In one article discussing the matter of racism directed at Alina, Jessie Mei Li, whose father is Chinese and mother is English, said they appreciated the way race was handled, and pointed out that it was in part based on a Korean-American writer’s experiences. That doesn’t diminish the hurt done, but it does contextualize it. In addition, after the brownface controversy emerged, Leigh Bardugo, author of the books and producer of the show, took to Instagram Live to apologize and promise to do better.

As I mentioned, the show has already been renewed, and I’m hopeful the creators will take the feedback received from season 1 and make an even better season 2 — and 3, and 4, and onward, hopefully. I’m grateful the show is being given a chance to continue and improve, rather than being canceled. I think that’s a key lesson to learn in general when creators do something problematic: it is, in a way, inevitable, and the key is to recognize it, apologize, and promise to learn and do better. 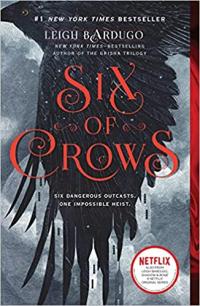 Here’s hoping Shadow and Bone does that.

Again, by the time I started the show, all these conversations had already taken place. I knew where the problem areas were, I had heard they were going to be fixed, and so I settled down with my laptop to enjoy the show, trusting that the experience would be worth it.

And oh, wow, was it ever. For those unfamiliar, the show basically takes two separate series, Shadow and Bone and the Six of Crows duology that are part of the same world, the Grishaverse, and melds them together. Which is a tricky feat, considering the source materials are separate and don’t even take place around the same time.

I needn’t have worried about how the showmakers would work things out, because it was, in my opinion, utterly brilliant. The combination of the two series into one show means that the Shadow and Bone Netflix adaptation is a distinct entity, separate from the series it was inspired by.

It’s not an unfaithful adaptation, but it’s not a beat-for-beat mirror of the original work.

Instead, it’s a creation that stands on its own feet while keeping the spirit of the characters and world that Leigh created. There are new characters interacting with the beloved ones; there are new plotlines intersecting with the originals; and all in all, Shadow and Bone on Netflix is a brilliant show that should be enjoyed by anyone — whether they read and loved the series, are viewers who will follow Ben Barnes anywhere, or simply love fantasy television.

My biggest complaint with the series? I want season 2 yesterday. I want more, and bigger, and more expansive. I want new characters and deeper explorations of the existing characters. I want it all.

And I trust that Shadow and Bone will give it to me.

Get Shadow and Bone at Bookshop or Amazon

Dispatch From the Querying Trenches (Part II): Shelving a Dream