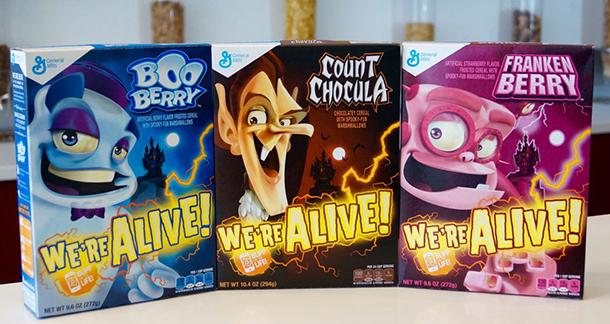 Vampires, zombies, Satan and werewolves. These are a few of my favorite tropes.

We hear a lot about tropes these days and how to avoid them. LitReactor’s Richard Thomas gave some good examples in this column a while back, and most of us with a zombie or a vampire in our tale have come smack up against the  “Talk to the Crucifix” attitude when we’ve tried to submit. This has less to do, though, with anything inherently wrong with the tropes, than with the idea that a good vampire/zombie/werewolf is hard to find. We're all just so in love with the conventions, with having our expectations of certain requirements of the trope met—cue hot vamps and brooding anti-heroes, rag-tag survivalists with a traitor in their midst, slavering jaws and blue moons—that often when we try and write these stories we forget to look for some of the conflicts the conventions might be masking. Finding those conflicts is key to keeping the trope alive. Because behind the death mask of convention, there's a squirming new idea just waiting to be born.

The trick to finding new life in a dead trope is not fixating on what you love about it—but on digging into what’s not to like. To try a more critical approach to the catch-all allegory the trope might be serving. Because that's what's old. Not the trope, but what it's conventionally, and sometime's erroneously been used to represent. Zombies as an allegory for lethal conformism. Vampirism as an allegory for the otherness of the sick/infected. Demonic possession to caution against the irredeemable evil among us.

Because behind the death mask of convention, there's a squirming new idea just waiting to be born.

Looking at what’s wrong with the allegory can give you a new point of entry into some of these tropes.  Sometimes there is no way to fix the problem, except to expose it, or even just tease out the conflict. What happens when you take the fun out of Faustian deals, and look instead at the fall-out? What happens when you take the alpha out of the top dog and instead just see hungry packs with no one but each other until there isn’t even that? Or the glamor out of vampirism to find some timeworn convention biting its own neck?

Don’t get me wrong. Writing and reading these stories can still be fun, and even more so when you try and come at it from the back end, from a skeptical stance, instead of a worshipful one. As Jess Walter said about writing his zombie story, "Don't Eat Cat," which started off as an angry reaction against the trope, eventually “like everyone who writes about zombies, I found it was so much fun.”

Maybe the trick with tropes is to read widely in other genres and see how, say, some aspect of a work of historical romance, or travel writing, or literary fiction can reinvigorate your trope, sending it back into the world on a whole new footing. In my Writing The Weird class, I quote Stephen Graham Jones, who claims that the influences that resonate most with him come from outside horror, from outside speculative fiction. Like say, Jeffrey Eugenides' The Virgin Suicides.

The book’s absolutely beautiful all by itself, but, reading it, I kept thinking What If? What if, instead of five girls, there were really four girls, and one of them was a visitor from another dimension, working its way into their memories and somehow spreading this ‘seed’ of suicide among them? Guess what I’m saying is that, in staid, boring, literary stuff, I often appreciate the characters, the structure, the prose, but I also see all these possibilities for improvement. That, with just one premise slightly skewed, this story could really take off, really disturb someone, really make the world not just deeper, but kind of sticky, too.

Bottom line, it’s not the trope, it’s what you do with it. It’s how you free it from the stink of bad garlic and bad blood and self-serving piety. If you allow it to fall off its pedestal you can create enough drama to make even the most die-hard fans sit up and take notice.  Here are some examples of what I mean from some of the best pedestal-kickers in the business. 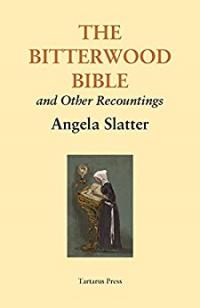 "The Night Stair" by Angela Slatter

Not since Le Fanu’s Carmilla, have I been so swept away by a vampire story.  For me vampires have always made more sense as females—and this has translated into film, with Tony Scott's The Hunger and Bigelow’s Near Dark and more recently, Let the Right One In, at the top of my list. In this tale of a vengeful spy in the house of blood, Slatter takes up where Carmilla leaves off (including a nod to the original anagram, "Marcilla"), but instead of religiously revamping the guilty pleasures of sucking and turning, it looks at how the sins of the father reverberate vertiginously on mothers, sisters and daughters—and asks to what degree women in power have any choice in their own downfall.  If biting the hand that feeds us is all we can do—and in "The Night Stair," it is—then what kind of a bloody choice is that?  Slatter's oh-so-subtle twist on the trope is to show us that with blood ties, the spiral staircase twists up as well as down, and just when you think you’ve reached the end of the trope—or the beginning—you realize just how much further there is to go.

Second Bite — Near Dark by Kathryn Bigelow—similar to Stephen Graham Jones' Mongrels (see below). Instead of taking the vampire premise and using it as an allegory for blood ties, Bigelow's twist is to ask what if the blood that binds is never enough? Plus it’s one of the first vamp movies to my knowledge that brings in the idea of blood transfusion—both in service of and as a comment on the trope.

After watching The Exorcist as a kid, I swore off the devil. I mean it. That movie freaked me out so bad that I refused to have anything to do with  demonic possession for years. Luckily for me, I had no real inkling that Head Full was a rewrite, or I wouldn’t have touched it. Two pages in I’m hooked. This isn’t a rewrite. It’s a look at all the inherent problems of the media's demonizing of madness as spiritual possession and vice versa, and writing from the very center of that pain. Not since Joan of Arc have there been two characters as poignantly, nakedly at risk as the unreliable narrator Merry and her sister, Marjorie—for me, Tremblay’s greatest achievement with this novel, is twisting the trope of demonic possession around the idea of sibling love, and the fear of being dispossessed of that trust, as the greatest terror of all.

Second Bite — “Angels in Love” by Kathe Koja. Weird as shit, sexy as hell. This throws the Rapture to the devil, and the demon lover to whole new territory. Like Oates’s "Where Are You Going Where Have You Been,” but on MDMA.

Deservedly acclaimed, Jones skews the werewolf trope around the coming-of-age story, and twists the conventions around a whole new mythology involving panty-hose and dog-piss. Like The Howling meets Near Dark meets Vernon God Little, Jones looks into the prickly history of werewolves as the animal within, tosses it out the driver's window, and finds an even more prickly question, at least in the American context, about the inhuman in the human. If childbirth as a terminal illness was ever given a more sensitive treatment, I don’t know what it is.

Second bite — I’m going to go with Neil Marshall's Dog Soldiers here because it takes the idea of enlisted men bound against a worthy opponent and throws it to the bitchez. 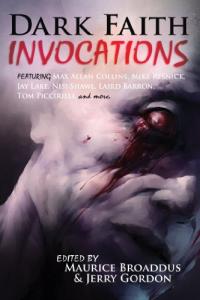 As much great and original undead fare as there is out there, and there is, and even if Romero’s Night of the Living Dead seemed to say it all way back when, Valente’s haunting story of a father and daughter standing on either side of the to-eat or not-to-eat divide, manages to say it in a totally original way. Where this story really departs from the standard allegory of zombies as man-made killing machines is… what if  even zombies need to believe in something? And where in the secret life of objects can zombies, just like us (the flaming motorcycles in the title refer to the cartoony art on the cover of the narrator's diary), find a clue to the meaning of being?  If zombies could build a cathedral to their gods—what would it look like?

Second Bite — Jess Walters, "Don’t Eat Cat." Simply amazing. Severs the idea of zombie-ism from infection and attaches it to that of addiction. Then it asks, much as Valente does, if zombies don’t need to kill, and they don't want to die, then what do they want? Besides cat.

Just when you thought I was going to pass on the Haunted House trope. The thing is, from Danielewski’s House of Leaves, to the TV series Stranger Things, the idea of the haunted house seems to give us more room to move than some of the other tropes, partly because there is a less rigid set of conventions associated with it. The haunting can be a spaceship or a womb, or a mind, an institution (like families or marriage) or even the allegory of the haunted house itself. But even by these open-ended standards, Link’s story stands out for one thing (besides the eerie imagery of unnumbered rabbits on the lawn, or the ball-breaker boss's huge ball of snakes). Link's story does a nifty twist at the end that reduces the almighty father to a redeemable monster just like the rest of us.

Bottom line: There has never been a better time for trope-busting. Even if some of the markets don't know it yet—clearly there are many that do. If allegories can’t be trusted, maybe it’s because they've been sucking their own faces for too long, and there’s a story in that too. It's just a matter of finding it.

What about you? Who or what are some of your favorite trope-slayers and why?