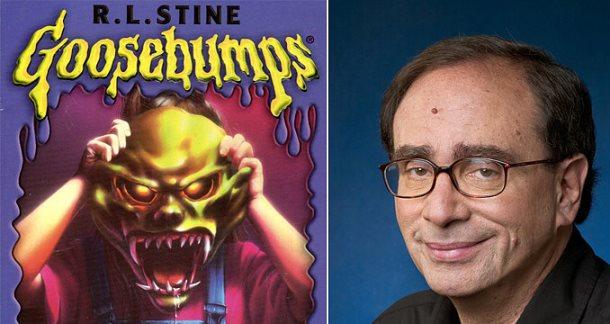 What is the scariest thing a writer can think of?

There are authors out there who have enough writing-related fears to keep them up for weeks at a time. But I'm talking about the things they think up that keep us up at night. Thanks to October 8th, one of the most well-known, well-loved authors of many childhoods has given us enough scares to last a lifetime. That’s right. It’s October, and it's time to celebrate another year of chilling tales from R.L. Stine.

Born in 1943, R.L. Stine released his first horror novel, Blind Date, in 1986. He and his wife had created their own publishing company, Parachute Publishing, in 1983, but it wasn’t until 1992 that Stine broke big with the infamous Goosebumps Series.

Today is a perfect day to read a spooky kid’s book. It doesn’t matter how old you are.

His unique take on horror for kids spawned over 130 titles. From The Curse of the Mummy’s Tomb and Night of the Living Dummy all the way to Diary of a Dummy, there are plenty of scares to face and adventures to enjoy.

R.L. Stine’s work is so popular that he gets to live out multiple writers' dreams. A “Haunting Hour” television show was produced back in 1998 and won three Emmys. Then, in 2015, the Goosebumps movie came out and he was able to watch Jack Black pretend to be him on the silver screen. (How many writers can say that?)

In 2018, he attended the Untitledtown Conference in Green Bay, WI and wowed crowds. While speaking to a packed auditorium he proved to everyone in attendance (yes, I was there) that he is no reclusive writer. His witticism and storytelling ability earned him endless laughs and a lot of love, but it was the book signing afterwards that really proved what kind of a person he is.

Some artists don’t know how to handle fame. They get annoyed with adoring fans and charge for autographs.

R.L. Stine is the opposite.

For a small fee, readers were allowed to go to a special line where they were assured a meet and greet, and the opportunity to not only have their books signed, but pictures taken. It stretched through the halls.

The people who couldn’t afford that were allowed to form a second line for a chance to get their books signed. The second line held no guarantees. It was much less formal, but it wrapped around the circular building and people stood patiently.

When the paying fans finished, Stine left his table and chair to walk through the second line. He said hello to everyone and signed each book. His hands must have felt ready to fall off, but he genuinely cared about everyone there. 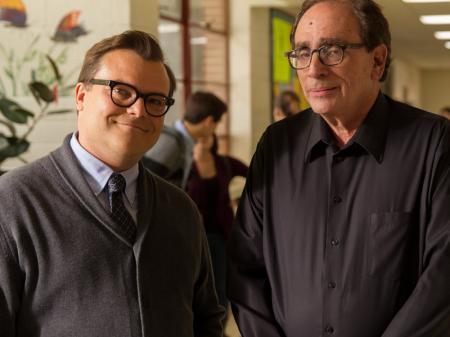 That’s the kind of author who deserves every bit of success he’s worked for.

And now he’s stepped into the world of comic book writing. His most recent release, Just Beyond: the Scare School, came out on September 3rd of this year. There is no end to this man’s dedication.

His career continues to swerve down unknown paths, but it’s likely that no matter what kind of monsters attack, R.L. Stein will be ready.

All together─totaled up and shelved in their proper places─he has written over 400 books! It’s not the record, but quite a legacy.

Despite growing into a living legend, his website is a humble representation of his work that includes a mailing address where fans can write to him. There is also a free writing program that can be downloaded to help new writers find their way through drafting a story. He states, “I hope it leads to many fun writing projects!”

That kind of encouragement deserves cake.

Today is a perfect day to read a spooky kid’s book. It doesn’t matter how old you are. That inner child still needs to be fed.

Not to be confused with feeding yourself children.

That’s not Stine’s style. He’s got a perfect mix of scary but cool.