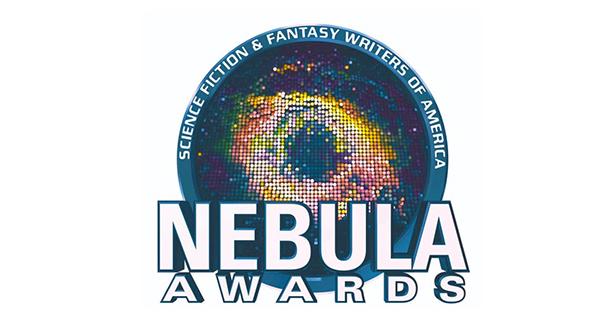 Another drumroll, please — the Nebula Awards are almost upon us!

Alongside the Hugo Awards, the Nebulas are one of the biggest deals in the SFF world: they’re basically equivalent to the genre’s Academy Awards, as members of the SFWA themselves vote for the winners.

This year is the 55th edition of the Nebula Awards, and one thing will be very different about the ceremony: it’ll be virtual. But that just means you can watch it yourself at 5PM PST on May 30th! And there’s no doubt that it will turn out to be one worth watching — since 2019 was such a great year for science fiction and fantasy, this year’s Nebula Awards are shaping up to be a fascinating contest between the best of the best.

This post aims to break down all the categories for you as a quick and easy cheat sheet. If you want to get a sense of the whole roster of nominees before we begin, you can visit this page. Otherwise, we’ll get right to it.

Spoiler alert: the field for Best Novel is super strong. To get a sense of its depth, just take a gander at all the big-name books that were omitted this year — including Black Leopard, Red Wolf by Marlon James and The Raven Tower by Ann Leckie (who won the Nebula Award in 2013 for Ancillary Justice).

Which means that the ones that did make this year’s roster must be really good. Create a survey for SFF readers, and they'll be the first to tell you how impressive this year's selections are. Arkady Martine’s A Memory Called Empire, Tamsyn Muir’s Gideon the Ninth, and Alix E. Harrow’s The Ten Thousand Doors of January are particularly watch-worthy, having generated as much buzz as they did in 2019.

Interestingly, as Tor.com notes, the Nebula Awards don’t tend to go for debut novelists, and yet four out of the six finalists in this category are debut novelists. So the chances are good that we’ll see Best Novel go to someone entirely new. Regardless of the way it turns out, it’ll certainly be a race worth watching.

Three (publications) is a crowd in the Best Novella category

One thing is definitely shocking about the Best Novella category this year: Tor.com’s got company! Traditionally dominated by Tor.com (just take a quick skim of previous years’ shortlists, where Tor.com regularly fetched four to five novella nominations), the category in 2019 offers a fairly even distribution of titles: two from Tor.com, two from Saga, and two from small presses. That’s a big indicator of a tougher and more diversified field — a great sign for all readers.

That aside, the award for Best Novella will be another interesting one to watch: This is How You Lose the Time War is probably going to be a popular pick, but it’s up against some stiff competition in such SFF powerhouses as Ted Chiang.

You can read 6/6 of the best short stories online

This year, all of the Best Short Story finalists are actually available to read online for free. So I won’t provide any commentary on any of the short stories in this category — instead, I’ll point you in their virtual direction so you can feel free to form your own opinions of them. (And if you can, support these magazines by buying a physical copy!)

With three out of the six finalists, Uncanny Magazine certainly dominated the category this year — which takes me to my next point.

The digital age is upon us

All of the short story finalists were published by online magazines. Traditional SFF print magazines such as Asimov’s, Analog, and Fantasy & Science Fiction were nowhere to be seen in the Best Short Story category — and it was the same case for the Hugo Awards this year, too.

Of course, this might just be a one-off year, and we may very well see print magazines come back into the fold. But it does seem to reflect some sort of a shift towards digital in the SFF world, as readers embrace the online format. Between the traditional SFF print magazines and online SFF publications such as Tor.com, Uncanny, Clarkesworld, Strange Horizons, and Lightspeed, SFF fans can get access to quality stories everywhere now.

A tale of two series in the Outstanding Dramatic Presentation race

Hey, we can’t just focus on novels when it was also such a blockbuster year for SFF movies, can we? And it doesn’t get much more blockbuster than Avengers: Endgame, otherwise known as the biggest movie of all time.  Endgame grossed more than $2.78 billion dollars worldwide, sending it soaring past Titanic and Avatar, so it shouldn’t come as a shock to anyone to see it on the shortlist for the Outstanding Dramatic Presentation category.

What might be more of a surprise is what’s missing — more specifically, Star Wars: The Rise of Skywalker. Both Rise of Skywalker and Endgame were billed as epic finales, so it’s certainly conspicuous that one made it and one didn’t. Instead, we’ve got Russian Doll, Captain Marvel, Watchmen, and Good Omens competing alongside Endgame. A fascinating mix that shows the depth of great SFF stories on both the small screen and the big.

No self-published works made the shortlist this year

There was a bit of controversy during the 2018 Nebula Awards over the nomination of indie titles (which the Nebula Awards started accepting on the ballot all the way back in 2013). You can visit Locus Magazine for a pretty succinct summary of what went down, and File770 for a statement from Jonathan Brazee, the person at the center of the storm. Noticeably, there weren’t any self-published works from self-publishing companies in the shortlist this year — though it’s anyone’s guess whether that stemmed from backlash or something else.

Will you be watching this year? Who are you rooting for?

Buy A Memory Called Empire from Bookshop or Amazon

Buy Gideon the Ninth from Bookshop or Amazon

Buy The Ten Thousand Doors of January from Bookshop or Amazon

An annotated bibliography has been written about here, and I can definitely say that everyone should think about learning how to write it better now. There's nothing complicated about it, you just need to get help to do it professionally so you can publish it later in magazines, newspapers, or books. So be sure to think about it and check out annotated bibliography creator here , I'm very glad I was able to find great information about these cases. Good luck, I hope I was able to help someone with this information. Good luck.