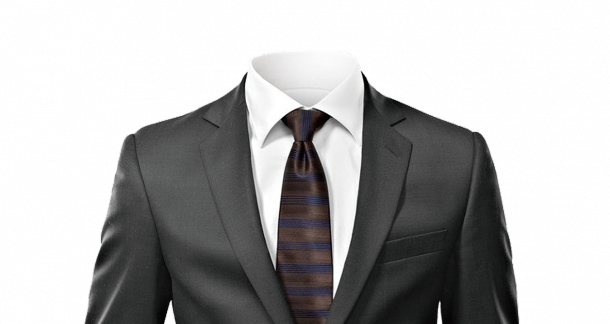 No, not your absent father. No, not your spouse when you’re looking for someone to sweep out the garage with you. I’m talking men who are not visible because of some accident, experiment, magic, or science. Although I guess your father could be absent because of an accident...

You know what? Let’s leave the topic of runaway fathers alone. Let’s focus on a different set of jerks: invisible men in literature.

Nobody in fiction goes invisible and then becomes a good person. Nobody.

For most, this guy is the O.G. invisible man. Griffin, as he’s known, claims he was studying medicine and chemicals and figured out how to make himself invisible. Supposedly he tried his formula out on a cat, which should clue readers in that this guy is a real a-hole. What’s with science and cats? Schrödinger’s, the dead cat bounce. Do scientists know there are crap animals out there, like mosquitos? Or maybe just turn an earthworm invisible. They don’t even have faces. And would an earthworm’s life be all that different if it was invisible?

Griffin has to get naked to be invisible, and he can’t make objects invisible, so if he’s carrying a Wendy’s Double Stack while nude, which I can only assume many of us do, you’d see a floating Double Stack.

In a book titled Physics Can Be Fun, author Yakov I. Perelman came up with one of the primary scientific problems with invisibility as presented in Wells’ book. In short, the way the human eye works requires some opaqueness, so if parts of your eye were invisible, you wouldn’t be able to see anything. Don’t ask me to explain this. I’m not a physicist, I’ve never worn a white coat, and I think worms are a reasonable substitute for cats in the lab. Perelman goes down in my book as one of the first scienticians to make a fun thing less fun with science. I’m not sure he knew how ironic his book title was.

Rings and Cloaks and Caps

Sometimes characters have temporary invisibility granted by an object.

An inspiration for Wells, the Ring of Gyges from Plato’s Republic made the wearer invisible. A relative of Gyges discovered a cave, and in this cave there was a bronze horse, and in the bronze horse was a dead body. Don’t overthink these things. Bronze horses were everywhere in the Plato days, and most of them had dead-o’s in them. On that body was a ring. If you put the ring on and adjusted it, you’d become invisible. Plato made the point that someone who was invisible would likely do rotten shit, which seems to be a theme that has continued. Whenever someone gets invisible in fiction they seem to turn into a jerk, criminal is the next step, and then usually an insane criminal who is often at least a little rape-y.

The Ring of Gyges bears a striking similarity to the ring in Lord of the Rings, which also makes Frodo into a jerkass and kind of kills him when he’s wearing it. High price to pay for invisibility if you ask me. If that twerp just learned how to swordfight he wouldn’t need to vanish all the time.

Cloaks of invisibility are a big thing, going way back to folklore and fairy tales and working their way up to Lord of the Rings and Harry Potter as well.

Caps of invisibility are a thing, too. One cap was given to Hades and got passed around to a bunch of gods. I don’t know why exactly gods would need an invisibility cap, but whatever. Zeus turned himself into a swan in order to sexually assault a human woman, a move that’s both bizarre and impractical. The choices of gods are very questionable.

This is the invisible man who is more a concept than a guy who runs around being an asshole because you can’t see him. He didn’t fall into chemicals or whatever. You can’t see him because he’s black. It’s about society, man.

Sorry, this is a good book and super ahead of its time. I’m just bitter because I picked this up off the bookshelf at my mom’s house when I was a kid, and I kept wondering when a lab accident or whatever was going to turn this dude invisible. I read an embarrassing amount of this waiting for lightning to hit a wall of chemicals or for our main character to cross a vindictive witch before I figured out what was going on, at which point I reshelved it and picked up The Bell Jar, which was also a disappointment. Not as many insect-murder scenes or enough how-to for my grade-school liking.

My mom had good taste, which can be defined as A) having great works of literature on her shelves and B) those works being disliked by me in grade school. That’s the two-step authentication process for taste right there.

What a great idea for a comics artist. Hey, when I’ve got the time, I’ll draw Sue Storm. When I’m crunched, she’s invisible! 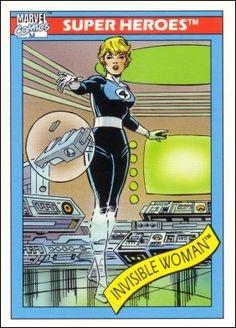 Okay, she's not an invisible MAN, per se, but this is 2020. Let go of your traditional definitions of gender already.

Sue Storm doesn’t have to be naked because she can turn other objects, like clothes, invisible. She can also create forms that are invisible, stuff like stairs, walls, and a bubble that could go around your head and suffocate you. Fun!

Nerd Note: The Invisible Woman can bend not only the visible part of the spectrum, but also things like infrared and ultraviolet, meaning she’s REALLY invisible.

Nerd Note 2: As a big “suck it!” to the aforementioned Yakov I. Perelman, Storm can direct light with enough precision to maintain her vision. Where’s your stupid fun physics now, Perelman?

Now, if I remember correctly, the suit also has some kind of psychological side effects, which is another problem with invisibility: it makes people insane. I might be thinking of another book. It’s hard to remember everything, ya’ll. There’s a lot of invisible dudes out there, and they blend together. But it's fair to say that nobody in fiction goes invisible and then becomes a good person.

The most interesting thing about this man, he uses his invisibility to peep on people, and...they don’t really do anything interesting. It might hurt the book a little, but it feels VERY real. If someone could watch people, it’d probably be mundane. It’s not all supermodels getting in the shower, accidentally witnessing murders, or robbing banks. The guy spends a lot of time watching people watch TV.

Probably the most realistic portrayal of an invisible man, which takes some of the fun out of it. Also, if I was the kind of person prone to make deep-sounding remarks, and if I made any money from Klosterman book sales, I'd pose the theory that his book was really an allegory for big tech spying on us. But I'm not and I don't, and also I don't think that's the case.

Which ones did I miss? Haha, get it, I missed them because they're invisible? Man, I really missed out on invisibility puns in this column. What a waste.

A Conversation with Chuck Klosterman