A Bestiary of Authors' Brains 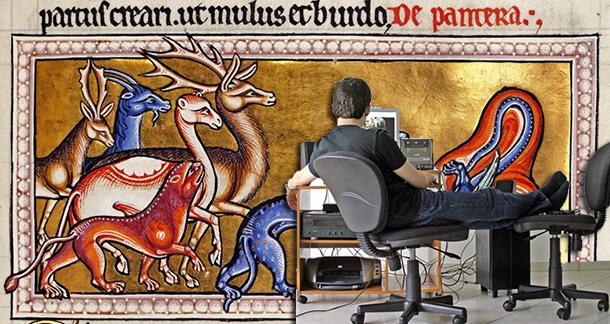 The mind of an author is a dangerous place. Bad things happen in there. Awful things. However, it is the place where most authors spend the majority of their time. It’s also a place that, for a variety of reasons, regular people often have to enter. For those of you who have to do so, and for authors who want to know exactly what kind of beast is messing with them and how to fight it, I have created a bestiary of the writer's brain. This is not, by any means, a complete bestiary; it is merely a starting point that seeks to cover the basic information and provide help. Because it is incomplete, I invite you to drop your own beasts, and ways to deal with them, in the comment section. In any case, enter at your own risk. Oh, and abandon hope all ye who enter here!

Large, hairy, and powerful, the Demonium Insecuritus is a cross between the Hulk, Satan, and Bigfoot that can also become microscopic at will. It hides in the folds of your brain, patiently waiting for a weak moment so it can jump out, punch you in the feelings, and scream in your ear “You fucking suck! Your work is crap! None of your stuff should ever see the light of day, you worthless hack!” There are ways to battle this demon, and you should do so quickly because the longer you allow him to stick around, the bigger he’ll get and the more energy he’ll suck from your soul. A good way to get rid of him is going back to your previous work to remind yourself you’ve been through this before, and that those hours writing, rewriting, and editing, as well as the hours of practice you’ve had since, have made you a better writer. You should also remember that we all have bad days and it’s totally okay to take a break, go for a walk, and rest a bit. 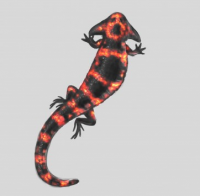 This slimy monster resembles a horned salamander if salamanders sported Cheshire grins on their mugs. This slithering fiend slips up and down your brain, leaving slimy trail of temptation in its wake. Although it is voiceless, the chemicals in its slime speak to your neurons, making you feel like dropping whatever you’re working on and watching a movie or reading a book instead. The chemical also triggers the part of the brain responsible for bullshitty rationalization. If you find yourself thinking “Ah, tomorrow is another day” or “Well, I wrote 500 good words yesterday” or “The deadline is still 48 hours away,” then you’re probably the victim of Procrastinatio Continui. Unfortunately, because this beast attacks you on a chemical level, the only way to escape it is with pure passion and will. Ignore those thoughts and keep writing.

Imagine Cthulhu on steroids…wearing a fedora and a shit-eating grin. That’s Egonormus. Allow it to take over and you will turn into an asshole. You’ll feel that your work is better than everyone else’s and you’ll start thinking that you’re a “wordsmith” who “toils away at his/her craft.” You’ll get angry at editors for rejection and will start replying to negative reviews. Then you’ll start writing scathing letter to explain to readers why they “didn’t get it” and blogging about how misunderstood your genius is. Egonormus will feed on your assholery and grow bigger, meaner, and more powerful. Eventually, all joy will abandon your soul and you’ll live in a bubble of hatred for everything except your own work. To prevent this from happening, keep a list of your favorite writers nearby and a few masterpieces close at hand. When you start feeling too good, too sure that you got this thing down and can’t get any better, read those and realize you still have work to do. Oh, and keep some recent rejections nearby to remind yourself that it’s all subjective and many people will dislike what you do. Always.

The shapeshifter of nightmares that disguises itself as wet dreams. You’re sitting at the computer alone…and it shows up. Depending on your preference, it can be the most beautiful woman in the world, the sexiest man alive, or a damn cupcake. Yeah, whatever porn you like, Pornosia knows. This fiend gets in your brain and makes you want to spend the day in pleasure; sexual, emotional, etc. The desire to watch flesh pounding against flesh is just the start. Your pleasure can come from fail videos or those amazing-recipe-in-30-seconds videos. It doesn’t matter. Try to ignore it. Or eat a damn cupcake quickly and get back to work. 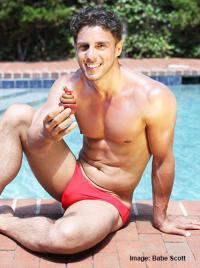 Am-aj-Zon is a digital relative of the invisible demon that devoured Abdul Alhazread. This biodigital bug is invisible to the naked eye. Using a toxin unknown to science, it tells your brain to constantly check your Amazon rankings. If you give in, you’ll end up spending more time on Amazon than writing, and you will let those mysterious numbers eat you alive. When you start being curious about those numbers, go do something and remember that it doesn’t matter.

The Asp is a classic mythological creature that blocks its ear with its tail so as not to hear the charmer. The Asp(hole) is its cousin, and can be found in writers’ brains. It looks like a crappy dragon drawn by a toddler whose talents lie elsewhere, but its breath is dangerous and covers ideas with a sticky, black oil that prevents writers from reacting properly to online arguments, negative comments, and political posts on social media. While it is okay to engage in these things, the Asp(hole) likes to latch on to the words of idiots, bigots, and assholes in order to make you so mad you lose track on what really matters. Don’t let any Asp(hole) ruin your day. Simply ignore these beasts and they will go away.

The brains of writers are full of trees that instead of fruits grow geese. When ripe, these animals fly away and distract the writer from time to time with ideas for novels they’ll never write. They’re pretty harmless, but they’re weird. Writers’ brains are weird.

The echeneis is a small fish that clings to underside of ships to hold them in place and delay their voyage. When they attach to a ship, the vessel will not move. The writecheneis is just like that, except it’s the size of a blue whale because it comes pregnant with all your baggage and insecurities. When you’re writing and suddenly start imagining that the story is going nowhere or that you have writers block, chances are you have one of these remoras keeping you from moving forward. The way to make them go away is to shake your body real hard, scream “I can do this shit!,” and the hustling like there’s no other option but to make it happen.

What counterproductive creatures roam the halls of your writer's brain?