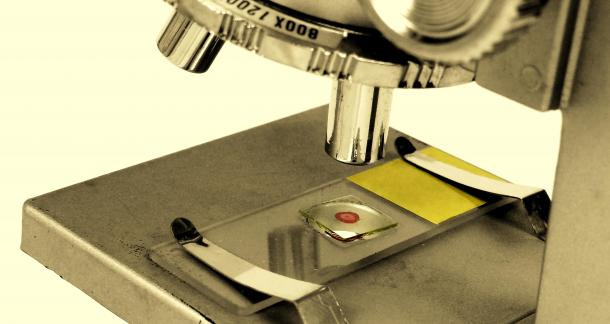 Is it possible to over-think your book? Make TOO many changes to an essay? Is it possible that there's a point of diminishing returns when it comes to editing?

Is it possible to over-edit your work?

As someone who's in that boat, I'm telling you it floats. Like a log of crap, the over-edited story will float along in the toilet waters of...you get it. Let's try a different comparison. Less toilet-adjacent.

Think of your raw, unedited piece like a stained shirt. Yes, if you wash the shirt enough times, the stain will lighten, maybe even lift. Yes, you've got to make an effort, maybe ask someone whose life is put together if you can borrow a Tide pen, work that Tide in there, wash that sucker, and pray.

But there's a threshold. Once you've washed the damn thing 50 times, the stain is almost sure to be gone. And the shirt's buttons start to wear, the threads start to pull themselves loose, and what you end up with for all your effort is a stain-free, totally wrecked shirt.

How do you avoid overworking your writing, over-editing and polishing to the point you have a stain-free, useless piece of work?

By watching for these signs.

1. Making and Unmaking the Same Thing

Are you editing the same sentence time and again without changing much? Removing a scene and then putting it back in over and over? Debating over whether a chapter or a whole character needs to be in your story?

Writing isn't the most linear thing in the world. Sometimes a character comes and goes during the writing and editing process. But if you're constantly going back and forth on the same thing, plucking it out and then dropping it back in, you're overthinking it.

The Fix: Remove the item(s) in question, commit to keeping it out, and move on. Nobody but you will know there's something missing. Nobody's going to say, "This scene would have been perfect if only there'd been a party animal dog in a Hawaiian shirt." Nobody but you, anyway.

2. You've Completely Lost Touch With How You Felt When You Wrote It

Losing some of the original emotion behind your work is a good thing, to an extent. A little detachment can make you more honest with yourself. But if you're too far gone, it's hard to make editing decisions that keep your original intent in mind. It's hard to hear the voice that got the story down on paper in the first place.

The Fix: Time heals all wounds, and writing does too. If you're trying to write from that sore place, you need to make sure it hasn't quite healed before you can get everything on the page. Set yourself a time deadline for your revisions. ALL of your revisions. And stick to it.

Of course it is! You always start an edit at the beginning, full of pith and vinegar, chomping a cigar like a newspaper editor from comic books, pacing the room, arguing over whether this is brilliant or SUPER brilliant.

By the time you get a few pages in, you're over it. You're slumped in a chair, and you've remembered that you hate cigars because they taste like 10 cigarettes rolled in a paper grocery bag and dipped in varnish.

It's really easy to over-edit the first part of your work, leaving the rest a bit under-edited.

The Fix: Start each edit a bit later in the story. Say you've got a 10-page story. First edit, go start to finish. Second, read the first page/section/chapter, but don't make any changes. Keep your pen capped, and then make edits starting on page/section/chapter two. Make each entry point, each chapter, paragraph break, whatever, as good as the intro. 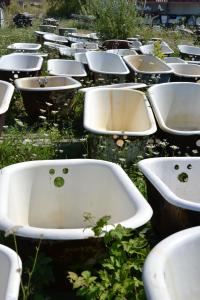 4. You Give A Character A Jetpack

This could be literal or figurative depending on the type of story you're writing and how bored you get and how awesome a jetpack would make your story. Little-known fact: Owen Meany had a jetpack in one draft of John Irving's novel [note: this might be pure speculation, but how unlikely is a jetpack compared to some kind of baseball prophecy?].

If you've been editing your work over too many months or years, you're going to have a lot of other ideas in the meantime, ideas that just don't fit in with your project. And the longer those ideas simmer and go nowhere, the better they seem for your current work. "Maybe I CAN cram in a character who collects old bath tubs."

The Fix: Finish your current work and THEN get started on Ace Jetpack: Jetpack Detective (With Jetpack!). Jetpacks and bath tubs are great ideas, and you need to wrap up your work in progress so you can start using them.

5. You Start Realizing How Long You've Been Editing This Thing

Editing feels like it takes forever. And sometimes, it really IS taking forever. You remember working on this damn story in a coffee shop that doesn't even exist anymore. You remember editing it on an airplane to take a trip to visit someone you don't talk to anymore. Way too much life has happened in between the beginning and now.

The Fix: Print out a page from your first edit and keep it around. Write a little, dated journal entry on it. Just talk about your life, what you're up to, all that good stuff. It'll serve as a great red flag for just how long this has been going on.

6. People Who Don't Usually Ask About Your Work Ask About This Piece

An edit might go on too long because you're afraid to let a piece go.

Your girlfriend's best friend's boyfriend, who you see twice a year at a New Year's party, is like, "How's that detective novel coming? Did you ever give him that jetpack?"

The Fix: Stop talking to that guy. Seriously, he sucks anyway. Thinks he's so smart just because he doesn't think a detective needs a jetpack...

7. You Are Only Changing Tiny Elements

Words are important. But if you are catching only single words you want to change, it might be about time to walk away. If you aren't altering plot, characters, or even paragraphs, you might be hitting the point of diminishing returns.

The Fix: Print out your work. If it's big, have Kinko's do it. They'll even put a comb binding on it for you. Start an edit, then flip through your copy and give it The Finger Test.

When a kid asks me if a book is too hard or too easy for them to read, I say, "Open it up to a random spot, read the two pages you can see, and hold up your hand. For every word you don't know, put up one finger. If you get to the end of the page and you've got five fingers standing up, it might be too tough."

As you're going through your draft, look at a page, hold up your hand, and see if you made 5 significant (to you) changes per page. Try to average it out over 10 pages or so. If you are lower than 5 per page, that's a red flag.

8. You Still Think The Perfect Piece Is Attainable

You want your work to go out exactly as you intended. No misplaced words, nothing that can be misinterpreted.

Look, it's just not possible. This will never be attainable. Look at the most-respected pieces of literature out there today, and you'll see there are dozens of credible interpretations, and almost across the board, the authors have a regret or two. 20 years after its release, Tim O'Brien revised The Things They Carried, making tiny changes and corrections that would never be noticed by the casual reader.

And he could do that because, at some point, he stepped away and let the book be released. He had to reach a point where the book was "good enough" for him.

The Fix: "Good Enough" isn't a phrase we use a whole lot in the world of writing, but it's real. Stop trying to perfect your book, start asking yourself if it's good enough. Does it do what you want it to? Are you mostly happy with the way it sounds?

Recognize that "good enough" for you might be more than good enough for everyone else. Learn to live with "good enough."

9. You're Afraid To Finish

This is touchy-feely, so ignore it if it's not you.

An edit might go on too long because you're afraid to let a piece go. Sometimes, when I'm working on something really personal, I feel like wrapping it up means giving something up. This personal thing I was doing, it feels like I'm giving up the last part of it once I finish editing.

I wrote a piece about my grandmother's death. When it was done, the loss felt very real. Although my grandmother was gone, I still had this thing. This work to do. And it felt like, once it was over, I had nothing.

The Fix: I get it, the loss feels very real when you finish something deeply personal. But face facts, the world moves on whether we've written it all down or not. Your grandmother dies whether or not you say goodbye. So you might as well do the right thing, finish the work and say goodbye properly.