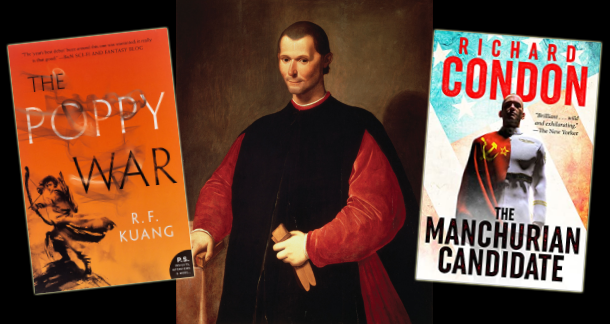 553 years ago, on May 3, 1469, Niccolò Machiavelli was born. He was an Italian diplomat, philosopher, and political theorist, and many consider him the father of political philosophy and political science. During his life, he wrote four books, but he is most known for his controversial treatise, The Prince, a guide for new royals to navigate treacherous courts.

Machiavelli describes politics as a series of maneuverings where often, the ends justify the means in order to maintain power at all costs. He advocates for manipulation, using people or things for advantage, and that when it comes to power, it’s better to be feared than loved. These views led to these behaviors being described as "Machiavellian," and are often characterized as evil and nefarious.

The treatise, along with evolving interpretation of what Machiavelli meant, has been analyzed, discussed, and challenged for over five centuries. While these behaviors and principles have become woven into modern politics and corporate leadership, they’ve also been explored in literature. We’ve gathered eight books that capture the essence of Machiavellianism in nuanced, layered, and complex ways. 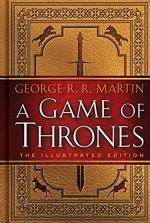 "A Game of Thrones" by George R.R. Martin

Anyone unsure whether this series is Machiavellian doesn’t need to look further than the title—A Game of Thrones. Power in Westeros is a prize for the nobles to play for. And through this gameplay, we see the various dynamics of Machiavellian principles come to light. Lord Peter Baelish never pretends that his loyalty isn't to his ambition first and always. Lord Varys wields information gained through the whispers of his little birds like a knife, which he then uses to his advantage—and only his advantage. The Lannister family consistently embraces ruling with fear rather than ever attempting to gain the people’s love. And almost every character admits that maintaining power is the most important thing and justifies their actions based on this belief. While the written series isn’t complete yet, it will be interesting to watch these styles and ideas escalate as each player manipulates the game board in order to win.

Get A Game of Thrones at Bookshop or Amazon 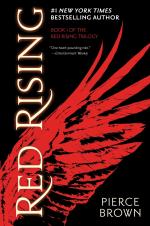 It’s difficult to view the Society as anything but Machiavellian. To be a Gold is to rule with fear—even within their own households. They send their children to the Institute knowing many won’t make it out alive. Power is always the point and must be maintained, no matter the cost. But the series takes a different approach with Darrow and the rebellious Sons of Ares. While many believe The Prince is simply a guide for evil men to follow, Brown asks readers to take a more philosophical approach. Namely, is the inherent nature of politics immoral? And if so, can the same principles that created power be used to overthrow corruption and create good? It’s a sharp line, and Darrow gets cut trying to balance his morals against the pressures of war. There are never easy answers, but the series does a good job exploring the questions Machiavelli’s theories raised.

Get Red Rising at Bookshop or Amazon 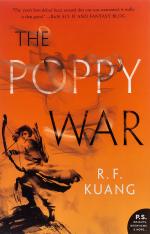 Inspired by the ancient Song Dynasty, the Opium Wars in the middle of the 19th century, and the political rise of Mao Zedong in the mid-20th century, there are no shortage of Machiavellian viewpoints in this series. Rin’s entire journey is an exploration of how far she’s willing to go to win, and if she can get there without losing herself. She holds her secrets close, letting her plans unfold as if people were pawns on a chessboard. She’s willing to risk everything—including herself—in order to gain the upper hand. And she sees war as necessary. But more than anything, Rin doesn’t want to simply win, she wants to destroy her enemies entirely. Through a constant barrage of actual battles and psychological manipulations, we see how powerful, effective, and devastating these beliefs can actually be.

Get The Poppy War at Bookshop or Amazon 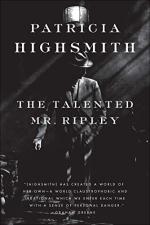 While this psychological thriller might seem devoid of politics, Tom Ripley is quintessentially Machiavellian. No one and nothing matter more to Ripley than himself. He strives for power via wealth and social status, and demonstrates how dangerous ambition is in the hands of someone with absolutely no morals. Machiavelli didn’t believe in good or bad. If you win, your behaviors are justified, and if you lose, you’re punished. Ripley is this belief structure personified. It isn’t just that he manipulates to get his way, he simply eliminates anyone who doesn’t do what he wants or stands in his way, and he displays zero remorse when caught. He’s dangerous, cunning, and willing to do anything as he climbs the social ladder. Following the tenets of The Prince in cold, unflappable terms, Ripley shows us how deadly Machiavellian charm combined with ruthless drive can be.

Get The Talented Mr. Ripley at Bookshop or Amazon 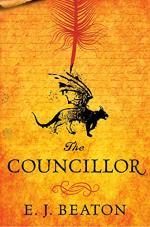 "The Councillor" by E.J. Beaton

Every facet of this political fantasy has tenets of The Prince woven into it. After the Queen is murdered, Lysande’s job is two-fold: find who murdered the Queen and choose the next ruler for the kingdom. This is a book steeped in political machinations. The city-rulers all vie for her favor, trying to get her to appoint them as the next ruler. But rather than highlighting the devious nature of this type of intrigue, Beaton draws us close to the characters, building our trust in them even while we know one of them betrayed the throne. We live the subtle art of manipulation with the characters, and the dialogue is a masterclass in double entendre politicking. The reader constantly guesses at the true intentions behind every single scene. Much of what Machiavelli argued was subtle and nuanced, and intended to be neither good nor bad. The Councillor does a magnificent job showing how shrewd politics can be.

Get The Councillor at Bookshop or Amazon 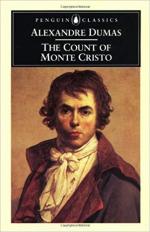 "The Count of Monte Cristo" by Alexandre Dumas

At its core, The Count of Monte Cristo is a revenge story, but Machiavelli believed vengeance should be so extreme that the enemy is completely annihilated and unable to retaliate. Dantès goes to extraordinary lengths to plan his vengeance, he doesn’t care how long it takes, and is singularly driven to get revenge above all else. He creates an entire persona, lying to everyone and manipulating his way into the position to punish his enemies until he’s satisfied their crimes have been paid. Dantès seeks power, but in a very controlled sense, and while he isn’t trying to do unnecessary damage in pursuing his version of justice, he does believe the ends justify the means on many occasions. The Count of Monte Cristo is a tangled web of machinations highlighting the strategy involved in many of these ideals.

Get The Count of Monte Cristo at Bookshop or Amazon 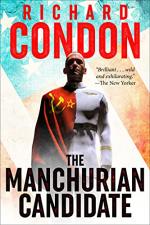 "The Manchurian Candidate" by Richard Condon

Rather than looking at the politics or behaviors themselves, The Manchurian Candidate explores what the chilling and disturbing consequences of Machiavellian schemes might look like. Sergeant Raymond Shaw is an ex-POW, stepson to a Senator, and a war hero. He’s also a living weapon that can be activated and controlled with a secret signal. From the moment Shaw loses control of himself, we see how dangerous these games for power and control can really be. Command and obedience are one and the same, according to Machiavelli, and Shaw illuminates one way to command obedience while instilling fear at the same time. It’s a fast-paced and complicated plot, filled with intricate conspiracies as political interests maneuver against each other at the highest echelons of government—with deadly results.

Get The Manchurian Candidate at Bookshop or Amazon 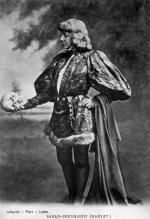 Though it’s unclear whether it was deliberate or coincidence, Shakespeare may be one of the earliest examples of using Machiavellian politics and behaviors in literature. Many of his plays feature these ominous characters and plots, but Hamlet exemplifies these dynamics in crystal clarity. From the very beginning, Hamlet has to walk a fine line between lies and truth, but it’s Claudius who embraces the sinister machinations. His eagerness to consolidate power creates a powerful enemy in Hamlet, and while it’s one thing to be feared, according to Machiavelli, no one can rule while being hated. Claudius believed he could deceive everyone and win, but again fell victim to not seeing deceit against himself—another thing Machiavelli warns against. Through Claudius, we see the dangers and pitfalls of ego in power. In contrast, Hamlet shows us how once someone is absorbed in their own power, it's possible to use the tenets of The Prince against them to upend their power and take control.

Get Hamlet at Bookshop or Amazon

What other books and characters would you describe as Machiavellian? Let us know in the comments.

So before I went to any of the casinos, I conducted some research to find out what other people's experiences had been like at the gambling institutions I would be going to. Consider my latest choice of the top casino in New Jersey (click here), which I came at by reading the reviews left by other players on the online casino's website.