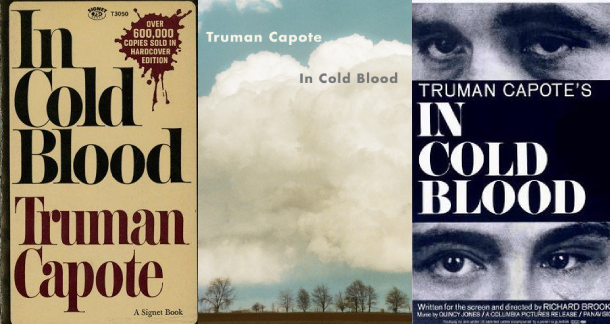 Truman Capote was born September 30, 1924, in New Orleans, Louisiana. His career as a writer was seemingly a thing of fate, as he infamously taught himself to read and write at a young age. He began writing short stories before moving into novels, plays, and screenplays. The last novel he wrote was arguably his most famous and didn’t originally publish as a book.

In Cold Blood was first published in The New Yorker as a four-part series in 1965. The first piece was so popular, issues of the magazine sold out immediately. A year later, the novel was published. It wasn’t as if crime had never been written about before. But where journalists and investigators largely stuck to factual accounts of the crimes they wrote about, Capote wanted to dig deeper. He wanted to uncover the nuance under the surface.

As a result, he spent six years researching the case and had thousands of pages of research notes. He talked to anyone and everyone about the offenders, the victims, and the community. He explored relationships—even between the killers—and spent time attempting to understand how their past created the psychological capability to commit such an atrocious act. The result was a tautly paced story that drew the reader into the town, the investigation, and ultimately, the trial.

In Cold Blood read like a work of fiction even though the story was (mostly) true. Capote brought literary acumen to the piece and managed to build suspense even though the novel was published after the killers were executed. Everyone knew the outcome and devoured the story anyway. It was more than a glimpse into horrifying events, it pulled the reader into the room and opened the door for a new style of journalism—one that paved the way for true crime to become the genre we know it as today.

True crime is now an expansive genre that includes memoirs, scandals, and in-depth research on historical events. In honor of Capote’s birthday, we found eight killer true crime novels that read with the same intimacy and heartbreaking detail as In Cold Blood. 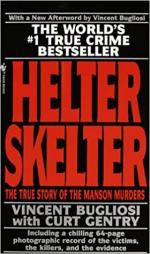 Prosecuting attorney Vincent Bugliosi brings his unique insight into one of the most scrutinized and publicized trials of its time. Charles Manson and four of his followers carried out the brutal and senseless murders of Sharon Tate and four other people in her Hollywood home on the evening of August 8, 1969. Arguably the trial brought more questions than answers to the general public, and Bugliosi’s intimate narrative, filled with never-before-seen photos and fascinating detail launched it into the public’s fascination. To date, it’s the only true crime book to outsell In Cold Blood, making it the bestselling true crime book of all time.

Get Helter Skelter at Bookshop or Amazon 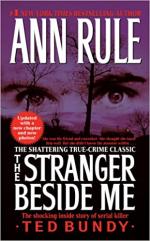 "The Stranger Beside Me" by Ann Rule

Capote wrote about the crimes at the Clutter home with such a vivid clarity, the reader felt like they were witness to the events described. In The Stranger Beside Me, Ann wasn’t merely drawing the reader in, but sharing her personal account of how she was hired to write about a prolific serial killer and the horror she experienced when she realized the man she was describing might be her friend. It’s not only an exploration of Ted Bundy’s crimes, but Rule’s own journey through denial and how she struggled to accept that the charming and intelligent coworker at a crisis center was a brutal murderer.

Get The Stranger Beside Me at Bookshop or Amazon 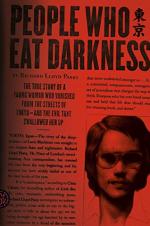 Award-wining foreign correspondent Richard Lloyd Parry followed the case of 21-year-old Lucie Blackman from the moment she disappeared. In the seven months it took to discover her remains, the case captured global attention. But People Who Eat Darkness isn’t just a blow-by-blow true crime narrative that focuses on the investigation and events as they unfold. Rather, it’s a harrowing story about grief. Like Capote, Parry reveals detailed biographies of both the victim and the killer, focusing on how grief can tear a loving family apart. It’s a gripping read that dives into not just the psychology of the crime, but the impact violence has on families, societies, and cultures.

Get People Who Eat Darkness at Bookshop or Amazon 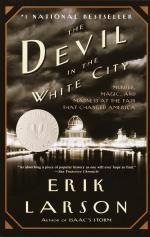 "The Devil in the White City" by Erik Larson

True crime is about more than just the crime. It’s about understanding how that crime happened, often delving into psychological, societal, and cultural questions as a way to explore how violence of any magnitude can occur. Larson does this by juxtaposing two men in alternating chapters. One is Daniel H. Burnham, the architect who constructed “White City”, the area surrounding the Chicago’s World Fair in 1893. His is a story of overcoming challenge to create a marvel. The other is H.H. Holmes, builder of the World’s Fair Hotel, or “Murder Castle”, the infamous hotel where he lured an unknown number of victims due to its proximity to the fair. The Devil in the White City creates a stark narrative that brings to life both the magic and horror surrounding the Chicago World’s Fair in 1893.

Get The Devil in the White City at Bookshop or Amazon 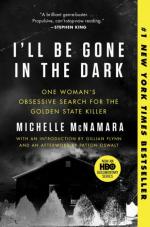 "I’ll Be Gone in the Dark" by Michelle McNamara

Almost from the start, Capote received criticism that he embellished details from the case. It gave the burgeoning genre a bit of a blemish that stayed with it over the years. But McNamara turned the criticism that true crime was nothing more than a ghoulish fascination on its head. Told through meticulous, almost obsessive research, I’ll Be Gone in the Dark took a case that haunted California for over fifty years and led it to an arrest. It showed not just the power true crime can have, but through careful and compelling narration, it gave voice, and ultimately justice, to the victims who long believed neither would be possible.

Get I'll Be Gone in the Dark at Bookshop or Amazon 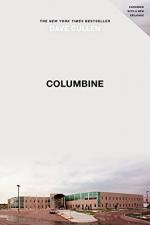 The Columbine High School shooting shook the nation. But some of the most lingering images of what happened and why are wrong. Cullen was one of the first reporters at the school and spent ten years detailing not just the events of the tragic day, but the psychology behind both killers and survivors. It’s a riveting read exposing how mass media frenzy can create dangerous and long-lasting narratives. He draws the reader into the investigative missteps and paints a vivid picture of two very different shooters. Columbine doesn’t come to easy answers and will break your heart and infuriate you in equal turns.

Get Columbine at Bookshop or Amazon 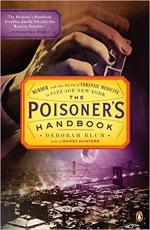 "The Poisoner’s Handbook" by Deborah Blum

At the turn of the century, untraceable poisons were considered the perfect crime. It may not seem like following the investigations of two forensic scientists determined to unravel the chemical secrets in various crimes would be riveting, but Blum weaves a tight mystery that is compelling and fascinating. Chief medical examiner Charles Norris and toxicologist Alexander Gettler take on a stunning array of cases and handle them with inquisitive imagination that frequently feels like the work of fiction. Through the ups and downs of their work, we get glimpses into the glittering underbelly of New York during the Jazz Age, in a story that reveals the fascinating creation of chemical forensics.

Get The Poisoner's Handbook at Bookshop or Amazon 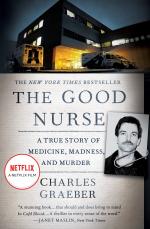 "The Good Nurse" by Charles Graeber

By the time registered nurse Charlie Cullen was arrested in December 2003, he had killed around 300 patients. Quickly named the Angel of Death, the sensational case horrified the public. It would be easy to paint Cullen as a vicious murdered, but Graeber spent ten years trying to understand how a once promising, bright young man could devolve into a prolific killer. In the same vein Capote took with Hickock and Smith, Graeber draws the reader into Cullen’s complicated inner life alongside the relentless investigation of two detectives. It’s a terrifying book that guarantees you’ll never look at hospitals or the people who work within them the same again.

Get The Good Nurse at Bookshop or Amazon