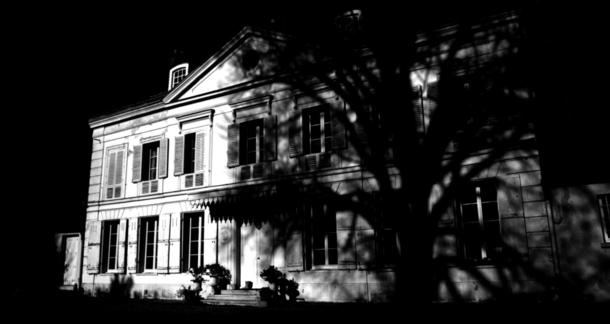 "Avoid clichés at all costs!"
It seems like that line appears in 90-95% of writing articles. In fact, I've been known to implore writers not to create plots about detectives going back home to deal with weird murders or stories about white saviors. That being said, there are certain narratives that work for me, that I enjoy most of the time. Narratives I think writers should keep banging out, because the occasional gem is worth having to wade through a bunch of novels with the same underlying elements. So here they are—the cliché narratives I want more of.

Here's my oh-so-eloquent and incredibly academic opinion about possession stories: they are fucking awesome. True, there are many derivative and mediocre possession novels out there, but there are also many amazing ones. A somewhat recent example is Paul Tremblay's A Head Full of Ghosts. Tremblay took possession and made it his. I want more authors to do the same. Being possessed is creepy and can be very entertaining (you either think I'm horrible or fully agree with that line, but I love you anyway). Give me little girls speaking in tongues. Give me more teenagers crawling on the ceiling. Give me more dead priests. Give me more ancient deities once again partaking of the pleasures of the flesh in a borrowed body. I will happily read them all.

The occasional gem is worth having to wade through a bunch of novels with the same underlying elements.

I was, am, and always will be an underdog. I like underdogs and I like reading about them winning for a change. There is something beautiful about characters with a long string of losses finally getting one in the W column. I'm not necessarily talking about crime novels where some nerd becomes a killer, or sad daddy stories; I'm talking about regular folks who are pushed to act in a strange way by awful circumstances and somehow come out on top or at least get revenge on those who messed with them. That leads us to...

I love revenge and revenge stories. Sue me. "Don't hold grudges," they say. Me: "Hold on to that shit. Let it drive you. Let it help you focus your anger until it becomes a laser capable of destroying the universe." I find a book very satisfying when someone who doesn't deserve it is wronged and they unleash hell on the bad people who messed their lives up. There's no deeper explanation. Seriously. I've always been a fan of righteous revenge narratives and that won't change any time soon, so give me more of them.

What happens to those affected by the murder

Someone gets killed and then we learn about how the murder affects the lives of those who loved/lived with/worked with that person. I love these stories. Crime writers tend to focus on the detective solving the murder or the crazy killer. I want more stories where we get to see the impact murder has on those left alive. It isn't cool or funny or nice to read about, but it puts death in perspective and reminds us that murder is not just some element we can throw into our narratives for shock value.

I don't care if they're hiding in the woods, haunting the hallways of an abandoned psychiatric hospital, living under the Chernobyl Nuclear Power Plant, or running around after escaping a secret government building where weird experiments were being conducted: I want more mutants. At this point in my reading life, I feel like mutants are better and fresher than zombies and vampires combined. Yeah, fight me. In any case, I crave more suppurating wounds, crazy strength, and tons of body horror goodness. Hell, I have a Fukushima/found footage type of narrative in my head. Get at me, publishers!

Call me what you will, but reading about a group of pretty people who believe they're culturally superior to others going into a different country and getting screwed makes me happy.

Much like possession stories, haunted house stories have been done to death, but I still find some superb haunted house stories and novels once in a while, and they always remind me how much can be done with that beautiful cliché. Weird stains on the walls and things going bump in the night are only the tip of the iceberg. There are so many historical, psychological, emotional, and even financial aspects to explore and reinvent that not writing more haunted house books makes no sense. Get to it.

I've been on the road. Sometimes for two days and sometimes for 35 days at a time. I know shit gets extremely weird out there. I love the car/tired/coffee/music/new adventures lifestyle. I love the cheap motel/small town gas station in the middle of the night aesthetic. I want more of it. Fiction and nonfiction. If I can't get on the road because I'm too broke, I at least want to read about your experiences out there.

Okay, now tell me which cliches you want more of. Maybe I can oblige...