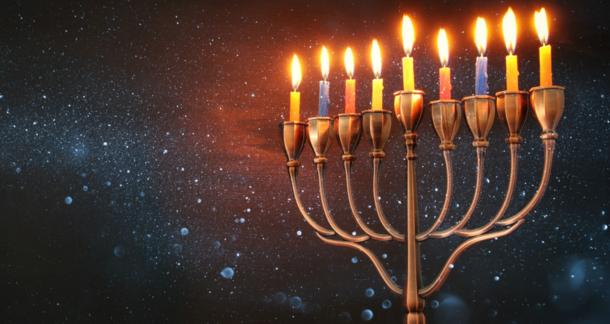 Are you looking for stories about Hanukkah to teach little ones about the history of the holiday? Or maybe you want to provide young readers with books that reflect the customs and traditions their family enjoys during the month of December? Well, look no further, because this list delivers on both fronts with eight books to read during the eight nights of Hanukkah. 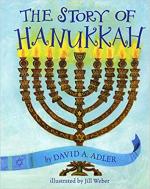 1) "The Story of Hanukkah" by David A. Adler

When it comes to reading Hanukkah books with children, where better to start than with a child-friendly, illustrated history?

The perfect accompaniment to Hanukkah celebrations, this book tells the story of the Maccabees with simple text. Dramatic, vibrant paintings bring the battle, the Temple of Jerusalem, and the eight-night burning of the oil to life. Don’t forget to check out the latke recipe and the instructions for playing a rousing game of dreidel! 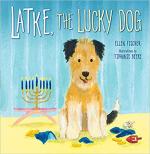 On the first night of Hanukkah, Zach and Zoe’s parents take them to an animal shelter where they end up falling in love with a toasty brown dog they call “Latke.” But when they take Latke home, well… chaos ensues. With each passing day of Hanukkah, more and more of the family’s items end up chewed up or destroyed by Latke, who doesn’t yet understand the rules of his new home. Finally, on the last of the eight days — just when Latke think he’s about to be torn from his new family and sent back to the shelter — Zach and Zoe present the little dog with a big surprise.

This heartwarming story about family is sure to inspire empathy in young ones as they root for Latke!

It’s no big secret that, for kids, a book that comes with a toy > a book that doesn’t come with a toy. No wonder entrepreneurs Lori Greiner and Robert Herjavec knew that this Jewish, altruism-teaching take on the popular “Elf on the Shelf” was gold when it was first pitched on the ABC show Shark Tank.

The Mensch on a Bench is a stuffed doll called Moshe, and he’s also the star of the accompanying picture book. The story follows Moshe as he helps Judah and the Maccabees win the war against the Greeks by watching over the Hanukkah oil as it burns for eight days and nights.

Goodnight Bubbala incorporates the same soothing cadence as the young reader favorite Goodnight Moon. But Haft’s rendition is an affectionate parody of the classic board book that celebrates Jewish family rituals. Come for the bubbies and zeydes, stay for the kvelling and noshing (and dreidels and schmear on bagels).

And as a special little treat for grownups, this book even includes a latke recipe from none other than the Barefoot Contessa herself, Ina Garten!

In the small blue room there was a bubbala, and a little shmatta,
and then—oy vey!—came the whole mishpacha! 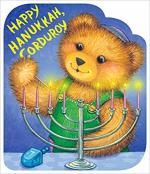 Just like the very fabric of the bear’s iconic outfit, the Corduroy series is truly timeless.

This installment invites children to learn all about favorite Hanukkah traditions as Corduroy throws a Hanukkah party for his friends. Join the bear and his pals as they light the menorah, feast on delicious latkes, open presents, and play a few rounds of dreidel. 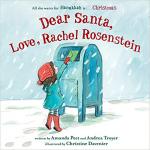 Come December, signs of Christmas are absolutely everywhere — and perhaps more so for elementary school children than for anyone else. School decorations go up, Christmas concerts are held, and classrooms are abuzz with talk of Santa and presents. Rachel Rosenstein loves all of it, and this year, she wants in on all of the Christmas festivities… even if her family is Jewish.

So Rachel writes to Santa to tell him about her plans, visits him at the mall, and even puts up Christmas decorations while her family sleeps the night of December 24th. Ultimately, her effort  to have a “true” Christmas brings Rachel a greater appreciation and understanding of her own culture, customs, and identity. 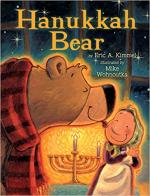 Maybe even more than menorahs, there is something that features in almost all Hanukkah stories: those delicious, golden, crispy potato pancakes known as latkes. And Hanukkah Bear is no exception!

Kimmel’s whimsical and imaginative tale follows Bubba Brayna, the undisputed best latke-maker in the village. So delicious are her latkes that on the first night of Hanukkah, the scent of her cooking wafts its way into the forest and wakes a bear from his deep hibernation. Unable to resist this mouthwatering smell, the bear follows the scent all the way to Bubba’s house, and Bubba, who can’t hear or see very well, ends up mistaking the bear for her rabbi. And what do you do when your rabbi comes calling? Well you invite them in to light the menorah, play a game of dreidel, and eat latkes, of course!

Bubba eventually finds out the real identity of her dinner guest — but you’ll have to read the book (and delight in its lively illustrations) to find out how. 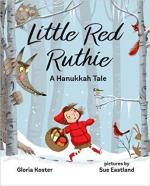 Another common theme in Hanukkah books? Adaptation! A couple of the top picks on this list feature Hanukkah stories adapted from other beloved children’s tales. And that brings us to our final pick, this lovely, Jewish rewrite of Little Red Riding Hood. (This one actually wins double points because it’s an adaptation that also features latkes!)

Koster’s take follows little, red-clad Ruthie into the woods as she makes her way to her grandma’s house for Hanukkah. But soon Ruthie finds herself lost in a snowy thicket where she confronts a wolf intent on making her his Hanukkah dinner. But Ruthie’s got a basket of food with her, including a secret weapon: what else but latkes! Can she convince the wolf that her potato pancakes will prove a much tastier meal than herself? And what other Hanukkah lessons will be imparted during this girl vs. wolf faceoff? You know the drill: read on to find out.

By now your Hanukkah reading list is probably all set (and your stomach is probably growling after all this latke talk). If you’ve got a number of kiddos to entertain over the holidays, why not check out this plot generator and have them write their own short stories! Or check out this list of holiday books, which features a section on non-Christmas books!

Before you go, allow me to say a final Happy Hanukkah! May many quiet moments of reading and lively moments of sharing latkes fill your eight nights!