Column by Kleopatra Olympiou November 25, 2022
In: 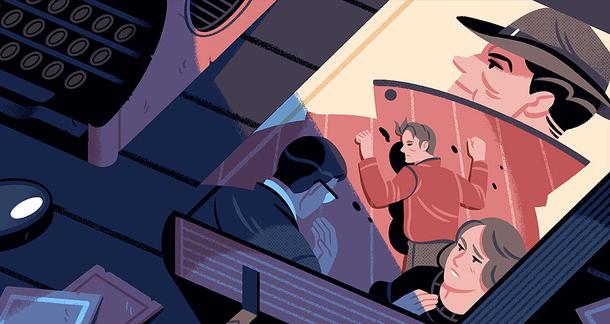 The 2019 release of Knives Out (starring Daniel Craig, Ana de Armas, and Chris Evans) brought murder mysteries back into the mainstream. It’s now followed by Glass Onion, which sees a tech billionaire invite people to his private Greek island for a murder mystery party. Sounds fun, but of course someone dies, and it’s Benoit Blanc’s job to figure out who did it.

What makes murder mysteries so fun? They’re a logic puzzle and a test for your observation skills, making it unbelievably rewarding to watch the plot unfold and the pieces fall into place, finally arriving at a moment of clarity. It’s kind of like playing a game with a gamemaster you know is always one step ahead of you. To do that in the company of some great authors, here are seven super-satisfying whodunits you can turn to next. 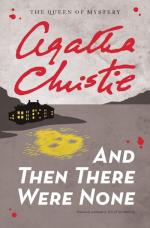 1. "And Then There Were None" by Agatha Christie

This classic whodunit opens with eight strangers arriving on an island off the coast of Devon — except the mysterious hosts who invited them aren’t there. The group discovers an eerie message recorded on the phonograph, accusing every one of them of murder. Isolated from the mainland, they’re stuck with each other, and they promptly begin to die off, one at a time…

Probably the most iconic of Agatha Christie’s murder mysteries, And Then There Were None brims with claustrophobic tension, and ends in a plot twist as satisfying as it gets. The isolated setting is a recurring trope in the beloved author’s work: Murder on the Orient Express sees murder take place on a train, Death on the Nile on a steamer, The Mousetrap in a snowed-in manor — and it’s easy to see why. In all of these, suspects must coexist in a confined space as accusations begin to fly, a setup that never fails to reveal everyone’s true nature.

Get And Then There Were None on Bookshop or Amazon 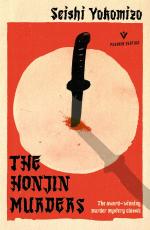 2. "The Honjin Murders" by Seishi Yokomizo

In the early hours of the morning, the members of the Ichiyanagi family are woken up by screams and the eerie sound of koto strings being plucked. Two people are found dead following a night of snowfall, but the room they’re in is locked from the inside and there are no visible footprints on the snow. My favorite detail? A katana is discovered thrust in the snow outside their room. Enter up-and-coming detective Kisuke Kindaichi, who is assigned the task of untangling the complex family dynamics and solving this perfect puzzle.

Recently translated into English (though originally published in 1946), this Japanese classic reflects on the tradition of locked room murder mysteries, and doesn’t fail to deliver on its extremely fun and chilling premise. You’ll be reading way past your bedtime!

Get The Honjin Murders on Bookshop or Amazon 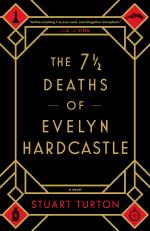 3. "The 7 ½  Deaths of Evelyn Hardcastle" by Stuart Turton

The Hardcastle family is throwing a ball at their stately home, Blackheath Manor, and by the end of the party, their young daughter Evelyn has been found murdered. Our protagonist, Aiden, wakes up in the body of a different guest every day, reliving the day of the ball seven times, while attempting to understand who killed her — if he doesn’t figure it out first, he can never leave Blackheath. As he passes through the bodies of the doctor, butler, a banker with a title, a solicitor, a constable, and an artist, clues begin to come together, explaining not only the crime, but Aiden’s own strange predicament, too. Tightly structured and with a loud ticking clock, this novel is sure to appeal to fans of Knives Out with its expansive character cast, atmospheric setting, and creative concept.

P.S. Remember not to mix this book up with TikTok sensation, The Seven Husbands of Evelyn Hugo, by Taylor Jenkins Reid. 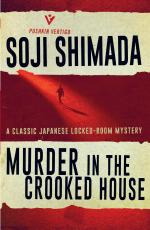 4. "Murder in the Crooked House" by Soji Shimada

If you liked the sound of The Honjin Murders, here’s another Honkaku mystery for you — ‘Honkaku’ being this subgenre of clever, deduction-reliant Japanese murder mysteries, where the crime often occurs in a locked room. Shimada’s novel is set in the 16-room home of Kozaburo Hamamoto, on a cliff in a remote part of northern Japan. Hamamoto invites some guests over for a party in this maze of staircases, unusual passages, and somewhat frightening decor, but once the celebrations are over, someone’s found dead in a locked room. It’s up to Kiyoshi Mitarai to solve this crime, but you can solve it alongside him, too: all the clues are right there.

Get Murder in the Crooked House on Bookshop or Amazon 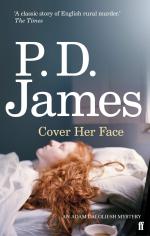 In the first book of the Adam Dalgliesh series, Cover Her Face, a murder takes place in an English country house. The victim is Sally Jupp, the parlor maid, who had just announced her engagement to the Maxie family’s son. It’s up to taciturn poet and Scotland Yard detective Adam Dalgliesh to bring Sally’s secrets to light and identify her killer. Though some of the later installments of the series take place in more exciting circumstances (the second book, for example, sees a murder take place in a psychiatric clinic), Cover Her Face is a good place to begin getting acquainted with P.D. James’ work.

Get Cover Her Face on Bookshop or Amazon 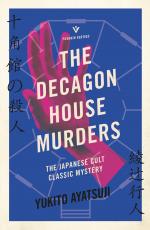 Ready for another Honkaku mystery? This one pays direct homage to Agatha Christie’s And Then There Were None. Picture a group of keen university students, all fans of murder mysteries and members of K-University’s Mystery Club. For their annual trip, the group decides to visit a remote island known to be the site of a famous multiple murder. Let’s just say it doesn’t go very well, because of course the students themselves begin to die off, while their remaining peers attempt to solve the case. As with other Honkaku mysteries, the clues are there, fairly accessible for the reader to try and put together. Can you do it?

Get The Decagon House Murders on Bookshop or Amazon 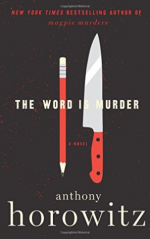 7. "The Word is Murder" by Anthony Horowitz

The Word is Murder opens with a woman walking into a funeral home to arrange her own funeral, only to be found dead later the same day. Private investigator Daniel Hawthorne smells murder, and enlists none other than the real author himself, Anthony Horowitz, to document his investigation. Lauded as ‘one of the most entertaining mysteries of the year’ by The Wall Street Journal, this meta-mystery’s intriguing premise will draw you right in.

Get The Word is Murder on Bookshop or Amazon

If there’s one takeaway from this list, it’s to never go to parties on remote islands or countryside mansions. It never ends well. But if you must, remember to bring one or all of these books for some vivid mood setting, entertainment, or any sleuthing you end up having to do.