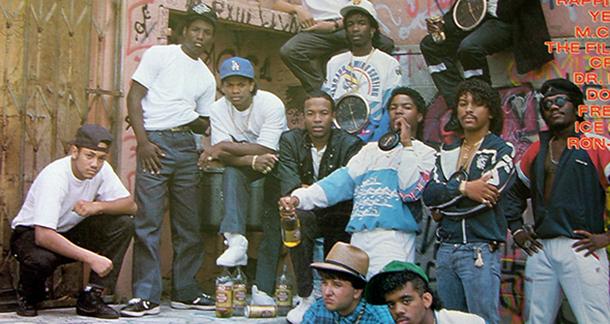 I once wrote a piece about how most of the readings I've been to have bored me to tears. You can probably guess what happened next: half of the people who read it vociferously agreed and the other half felt like I was messing with them and the monotone voice they developed while learning to read in public. The idea of better performances and larger personalities in the literary community is one that has been in my head for a while. For some time, I thought we needed more rock and roll star authors: folks who would show up to events drunk, kick over a book display, and flip the bird at the audience while screaming "Are you ready for some fucking literary fiction?" You know, authors that would show up and introduce themselves in a way reminiscent of James Ellroy: "“Achtung, motherfuckers. And good afternoon. I'm James Ellroy; the death dog with the hog log, the white knight of the far right, and the slick trick with the donkey dick. I am the author of eighteen books, masterpieces all; they precede all my future masterpieces..." You know how the rest of that goes. In any case, some of that doesn't translate well to the digital arena, and that's why the rock star attitude might not be the best option. So after spending an inordinate amount of hours reading about public beefs, I realized that rappers, not rock stars, are whom authors should be learning from. Why? Here are a few reasons:

I'm not talking about bling here, I'm talking about wearing something, whatever it is, and owning it. Rappers do it. From expensive suits to basketball shorts, rappers have a tendency to make their clothes a part of what they are and allow it to affect their attitude. Some authors like Isaac Kirkman and Carlton Mellick III have distinct styles that are very recognizable and very much their own, and that's what we need more of. I own a few jeans, a ton of black t-shirts, and some hoodies. I'm probably the closest thing to Tom Wolfe's antithesis in that regard. This means I need to step up my game and start being a bit more conscious of what I wear, and if that ends up being jeans and a black t-shirt, I'll own it. The same goes for most authors out there rocking a plaid shirt and some jeans.

"Oh, you didn't like my piece, delicate flower? Did you feel I insulted your craft, you dolt? Well, come see these hands, kid!"

Think about folks like Fat Joe, Biggie, Action Bronson, Big Pun, and Rick Ross for a second. Do you have a mental image of any of them looking sheepish be it in a photo, during an interview, or at a concert? Hell, for a while I didn't think Rick Ross owned a shirt. These are, or were when alive, heavy dudes with more confidence than girth. That confidence is obvious, and authors could use some of that when they stand in front of people to read or when conducting an interview. Acting like you're in charge goes a long way, and authors don't do it enough.

I see a lot of authors complaining that writing is a solitary affair. This is true, but it doesn't have to be that way all the time. Collaborating is always an option, and a lot of great authors have done it and continue to do so. Besides creating a narrative together, there are other ways an author can collaborate. For example, you can ask someone to be the voice of one of your characters. You can also have someone help out with a sticky plot situation. I've helped some authors with the Spanish in their books, and it's always been a pleasure because nothing kills a book faster than a crappy translation. Think of other ways of collaborating and do it because it's a great way to get new angles on things, and what you're ultimately doing is sharing your readership while getting new eyes on your work from the other author's readership.

A lot of rappers are constantly on a plethora of social media platforms. This helps them build rapport with their listeners. A single tweet with a link to your book on Amazon won't do it. Share a bit more of your life. Engage people on social media and respond to them. Share work by other authors, take photos of cool places you visit, put up a pic of your new shoes, and don't be afraid to be funny. Many readers are okay with just consuming your books, but in this age of access, a lot of them also consume your social media persona, so give them something to be excited about. 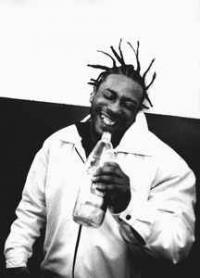 If we had an Author Fight Club, maybe authors would be a bit less on edge all the time. I've seen a lot of rappers get into fights and call out other rappers. We need more of this. If you spend most of your time helping others, it's probably fine if you then send out one tweet saying "Hey, Whatshisname, your last book sucked, man. You owe me ten bucks. And learn how to use commas!" My last column angered a lot of folks, which helped it get a lot of attention. I came across a few reactions to it and took the high road, but that won't get me in any papers or make people go "Who's this guy? Let me check Zero Saints out real quick..." However, if I had replied with "Oh, you didn't like my piece, delicate flower? Did you feel I insulted your craft, you dolt? Well, come see these hands, kid!," maybe the story would've been different. Publishing is a weird thing, and you will come across a lot of people who take advantage of you and even more you just don't like. Wouldn't it be great if we could just fight it out? I'll take on any author except Wrath James White and Joe Lansdale.

Commitment to your persona

No one cares about Shawn Corey Carter, Cameron Jibril Thomaz, or Marshall Bruce Mathers III, but they do care about Jay Z, Wiz Khalifa, and Eminem. If you look at authors like Brian Keene, J.K. Rolwing (this lady knows how to use Twitter!), Stephen Graham Jones, and Chuck Palahniuk, you'll notice that being an author/person/persona is all the same to them, and they pull it off with flying colors. You need to be what you are all day and all night, every day and every night. Commit to the writing thing and live it, do it, share it. A coffee-and-cat post? Fine, go for it, but then make sure you're getting stuff published and that your output is as big as your discourse.

I'm not telling you to go out and start lying through your teeth about your accomplishments and physical abilities. Nah, what I'm telling you to do is find something others tell you you do well and use that to give yourself a boost once in a while. The tricky part here is not writing any checks with your mouth/posts that you can't cash if called out on it. Listen to the way rappers talk about themselves and their crew and you'll see what I'm talking about. Brag about yourself and your fellow writers. You know you want to. There's a fine line between being the most humble writer ever and introducing yourself as the next great thing; learn to walk on top of it.

"If we had an Author Fight Club, maybe authors would be a bit less on edge all the time."

"Wouldn't it be great if we could just fight it out?"

Writers to the ring. Duke it out. Fight your guts out, and go to your corners when the bell rings. Wear your silks, strut your stuff and learn how to take a punch. Talk trash and show up big...

PLEASE!!!! Gabino. I am already a fan. Open up a FIGHT CLUB and I will sweep the floor and take out the trash.  Do it here! Do it now and do it big.

It's been a minute, but we used to use the hashtag #twenemy for our (friendly-ish) author beefs on Twitter. My personal best:

@axeltaiari can write himself out of a paper bag. It's a necessary skill when you're so often lit on fire on someone's doorstep. #twenemy

Go get 'em, Gabino. I agree we writers can learn a thing or three from rappers. In fact, when I'm not working on a novel, I'm terrorizing my family and friends with freestyle rhymes. Here's one I've spit for the author set:

I'll bomb ya with writing that's beyond all genres
Vocabulary's longer than an anaconda
Not long enough to find another rhyme with "onda"
So now it's time for me to get moving on'ta...

...the next line, the next verse, the next rhyme
First novel - meh - I'll get them next time
Second novel's set to be an Oprah best find
It's better than the rest and I hope you'll check why

I'll give it my best try, I've authored this rap storm
You might be like, "What's an author doing a rap for?"
I'm hoping it will elevate my authoring platform
I have a couple readers but I need to attract more

@Greg Levin. Cool is not good enough to say, but, it's all I can come up with at the moment.

@Gail Smith Reynolds: Glad you enjoyed the rap. But really, you shouldn't encourage me like that.

Tony McMillen from Mostly glorious Tucson Arizona but now I live near Boston. is reading Not, I'm writing February 14, 2017 - 7:39am

Now that I can get a Tony McMuffin all day long, I suddenly don't want one anymore.