7 Powerful & Painful Books That Will Make You A Better Person 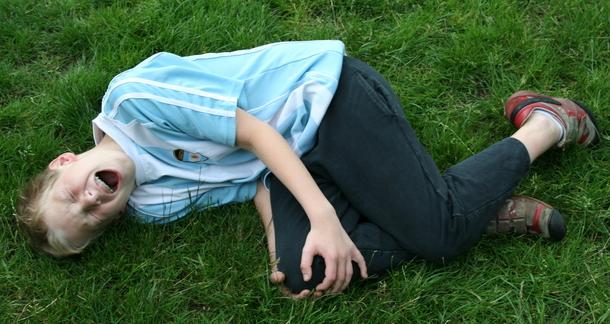 Not all reading is easy. Some of it is f-ing hard! If you're like me, on the loooooong list of books you plan to read someday are a handful of difficult titles. Anything about injustice fits into this category. Also like me, you might be waiting for your fellow readers / scholars to vet the titles for you, so you don't have to read too many. Because frankly, I'd rather get back to the safe havens of Alexander McCall Smith or Charlaine Harris. But hiding my head in the sands of safe fiction doesn't work for me forever. Eventually I have to face the world. So here I am, doing a little vetting for you. Here are seven books that were hard, but opened my eyes and changed my perspective, and I'm so glad I read them. 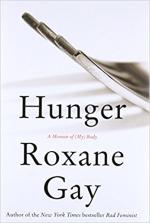 If you want one title to learn about the experience of being fat and fat acceptance, this is the one. Roxanne Gay's story has a "before" and an "after." In the before, she was an average kid in an upwardly mobile family. Then, at 12 years old, she was gang raped by a boy she loved and a group of his friends. She told no one, and used food to insulate and protect herself, and later it became a cage almost impossible to escape. Her memoir traces the decades that followed her assault during which she basically lived with undiagnosed PTSD. It is messy, and it is hard. She also got to experience all of the criticism / shaming / discrimination that fat people endure every day. Her account about air travel alone is worth picking up this book, and will hopefully confer a new empathy for differently sized people. 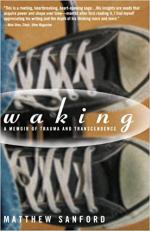 2. 'Waking: A Memoir of Trauma and Transcendence' by Matthew Sanford

Matthew Sanford was a hard-playing highly physical young man when he was in a car accident that killed his father and sister and left him paralyzed from the chest down. He was 13. Like Roxanne Gay, there was a "before" life and an "after," which left Sanford so physically compromised he spent years just trying to figure out how to survive in a world designed for feet, not wheels. He never makes it easy on himself. He's someone who pushes harder than he should, who goes to extremes, and has to learn lessons the very, very hard way. Surprisingly, his game-changer was yoga. Once he discovered the adaptive qualities of yoga and meditation and the tremendous holistic benefits of these practices, he set off on a path to teach others about the importance of mind body connection and thinking differently about physical ability. 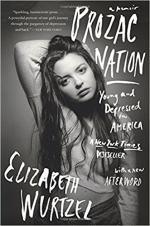 3. 'Prozac Nation: Young and Depressed in America' by Elizabeth Wurtzel

If you are fortunate enough to not suffer from depression, congratulations! Do yourself a favor and read this book to understand the affliction. It is like a mind-numbing headache in many regards, because all you want to do as a reader is shake this young woman and yell at her to get over it!, which is what people say to those suffering from depression all the time. She tries. She does the therapy, she does the psychotropic medications, and the depression sticks around. It doesn't help that her home situation is a hot mess, her parents divorcing while she's in high school and playing power games with her for years. Economically, Wurtzel has so much - access to money, education, privilege - but her narrative demonstrates how depression robs one of practically everything. It's amazing what she accomplishes in spite of her depression, but the struggle is real. 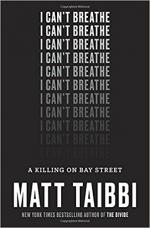 4. 'I Can't Breathe: A Killing on Bay Street' by Matt Taibbi

This book is everything you think it might be. It's the story of Eric Garner, the man killed by New York City police as they arrested him for selling cigarettes on Staten Island. It's also an investigation into policing practice and policy over time and how it discriminates against people of color. Taibbi is a person interested in the human story. One gets to know Garner beyond the short video we've all seen of his final moments in which he's yelling "I can't breathe." We also encounter other victims of police assault and brutality who would have been released with a friendly nod if they were white. The starkness and deep-seated racism Taibbi uncovers is hard to absorb if you haven't encountered it personally or in your community, but it offers a way forward in understanding what the Black Lives Matter movement is all about. 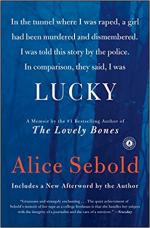 Originally published in 1999 and recently re-released, Lucky unfortunately never loses its relevance. Alice Sebold, known for her novel The Lovely Bones tells her story of being brutally raped while a college freshman. She holds your face to the violence, so there is no way to gloss over what happened to her body and her self. She heroically pursues the indictment of her attacker, and demonstrates in agonizing detail the secondary assault that defense attorneys subject victims to in order to discredit them on the stand. Siebold shows you the aftermath and the long unanticipated trajectory that sexual assault has on a person. In a time of Brock Turners and Harvey Weinsteins, accounts like Sebold's and Emily Doe's are useful in understanding why this behavior is so unacceptable and why it must stop. 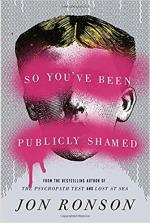 6. 'So You've Been Publicly Shamed' by Jon Ronson

Public shaming as sanctioned punishment ended in the United States in 1839 and was revived about 170 years later with a platform called Twitter. Many people have written about the awesome power Twitter and social media can wield for good. They offer a mechanism outside of corrupt governments to organize political movements and fight for justice. They also provide a bandwagon for cruelty and violence. Jon Ronson's book explores the personal stories of a number of individuals who were publicly shamed and had their lives dramatically impacted. Some, like Jonah Lehrer, had committed professional wrongs (plagiarism in his case), but most were everyday people posting dumb tweets or insensitive photos that should have had little, if any, social consequence for them. Instead, they lost their jobs and friends and sense of personal safety in the span of hours. Ronson's book is a canary in the coalmine and will make you think about the impact of something as short and seemingly innocuous as a tweet. 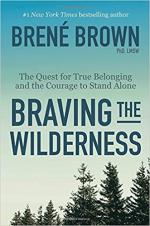 7. 'Braving the Wilderness: The Quest for True Belonging and the Courage to Stand Alone' by Brené Brown

Ok, this one is not as painful, but so unbelievably important I had to include it. Brené Brown is a well-known scholar and speaker on issues of shame and vulnerability. Her newest work addresses the social state of affairs in our country as we have become radically polarized and increasingly lonely, despite our constant connection via social media. She proposes a number of sensible, but hard, solutions for reconnecting with our fellow humans and standing in our own truths. Brown uses the metaphor of the wilderness to explore how one finds home in oneself in order to then connect with others in a meaningful way. A timely and important work that should be on everyone's required reading list.

What books have moved you to think or act differently and were worth the discomfort to read?