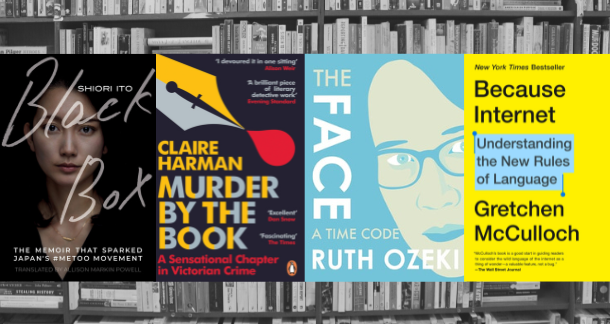 Last month, author Elizabeth Day shared a list of the top 10 bestselling paperback nonfiction titles in the UK on Twitter, noting that it was entirely male. The discussion that followed (all perfectly civil, so don’t get excited for drama) was fairly typical for Twitter, in that no definitive conclusion was reached.

Some suggested it was influenced by Father’s Day marketing, others pointed to alternative bestseller lists, others wondered whether the list was the result of the public’s reading habits, or the publishers’ power to determine what gets published and promoted.

Putting whatever’s behind these patterns (industry-wide gatekeeping or personal reader biases) aside — if you aren’t happy with your personal reading record, or hope to read more great nonfiction, or more books by women, I hope this list helps you gain a little more control over your next reading choices. 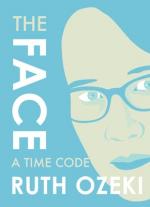 This short book takes the form of an experiment: Ruth Ozeki decides to stare at her own face for three hours, and let whatever thoughts come wash over her. Reflecting on her mixed-race heritage, Zen Buddhism, growing older, and the death of her parents, Ozeki invites the reader into a space of warm, unpretentious meditation. It’s like taking a very deep breath in the company of a great writer.

Get The Face: A Timecode on Bookshop or Amazon 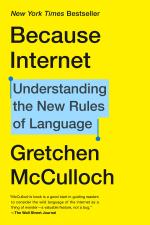 2. "Because Internet"  by Gretchen McCulloch

Sometimes you encounter something and can tell that its creator was really geeking out as they were making it. That was the case when I read Gretchen McCulloch’s Because Internet, a book about internet linguistics that beams with enthusiasm, curiosity, and optimism. Charting the beginning of the Internet, McCulloch looks at how different Internet generations use language online, meme culture, online slang, and the mysteries of Internet punctuation. It’s fun, informative, and utterly brilliant.

Get Because Internet on Bookshop or Amazon 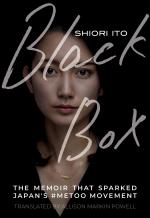 Shiori Ito is widely credited for bringing #MeToo to Japan by publicly accusing a prominent TV journalist of raping her. Black Box is her 2017 account of everything that happened to her during the process — all the hurdles she faced by the police, the exhausting number of times she had to recount her story, and the mysterious way in which the police investigation was abruptly dropped. In translation, Black Box brings English-speaking readers an insight into Japan’s culture of silence — which makes Shiori Ito’s voice all the more important.

Get Black Box on Bookshop or Amazon 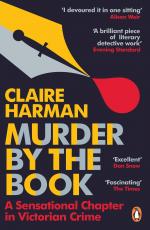 4. "Murder by the Book" by Claire Harman

In May 1840, Lord William Russell was murdered as he slept in his Mayfair home. It was a crime that left all of London aghast, prompting fear and paranoia in the capital and beyond. Claire Harman’s thorough and suspenseful historical true crime looks at the crime’s literary background and draws a fascinating picture that shows how contemporary class anxieties ran parallel to the murder investigation. I read it with bated breath.

Get Murder by the Book on Bookshop or Amazon 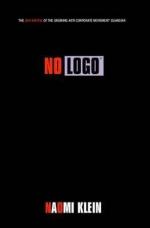 First published in 1999, No Logo is now a nonfiction modern classic. In it, Naomi Klein talks about the emergence of the anti-corporate movement, parallel to the increasing power, visibility, and influence of large corporations. Klein describes her book as “an attempt to analyze and document the forces opposing corporate rule,” and focuses on the way global corporations gain power through symbolic branding, leaving behind any attempt at ethical manufacturing. Sadly, this book of cultural criticism is even more alarming to read today than it must have been when it was originally published.

Get No Logo on Bookshop or Amazon 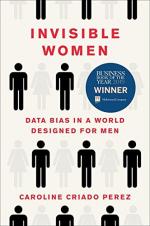 For anyone who cares about women, Invisible Women is a painful book to read — because it so intelligently shows so many ways in which society fails women. Criado Pérez makes a compelling and urgent case for gender-specific data to be a) collected, and b) taken into account when companies or institutions make important decisions. Using a variety of case studies, she shows how the ‘male default’ fails to take into account the needs of women in issues ranging from town planning to car safety tests and healthcare. It’s tough to read but eye-opening, even if you think you already know all about sexism.

Get Invisible Women on Bookshop or Amazon 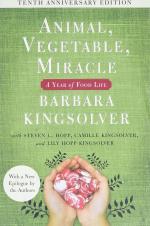 Animal, Vegetable, Miracle is a thoughtful memoir about a family’s decision to leave Arizona, where they anxiously felt they lived “on borrowed water,” for the Southern Appalachians, in hopes of being able to grow their own food. Never preachy, this memoir is nonetheless really informative, sketching a portrait of humanity’s food production patterns, now considered unnecessary knowledge for the non-farming population. If, like me, you know very little about seasonal patterns and agricultural practices, you’ll find that Animal, Vegetable, Miracle possesses all the qualities of a great nonfiction book, by providing an intelligent and honest blend of reflections and facts.

Get Animal, Vegetable, Miracle on Bookshop or Amazon

I hope there's something on this list for you — some of them are also available on audio, if that's appealing!