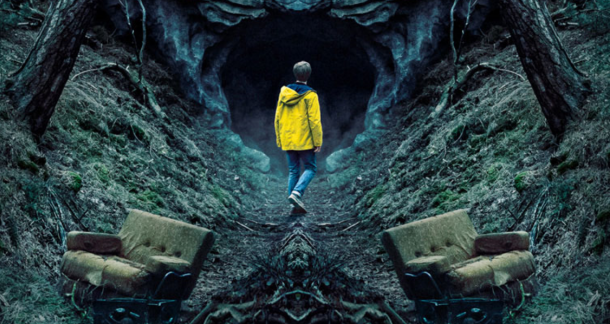 This year Netflix has really brought their A-game with great television shows like Mindhunter, Ozark, and Stranger Things Season 2. But Netflix’s first German-language original series, Dark, may top them all. Co-created by Baran bo Odar and Jantje Friese, Dark has drawn comparisons to Stranger Things due to various thematic similarities, though in terms of tone and aesthetic it has much more in common with the likes of Les Revenants, Forbrydelsen, and even Top of the Lake. Set in the small German town of Winden, Dark tells the tale of missing children, fractured relationships, time travel, and dark secrets. There really isn’t anything out there quite like Dark, yet for those of you hungry for more I’ve compiled a list of books that may be of interest as we eagerly await the second season (which was just days ago confirmed—hooray!). Suffice it to say, these books include some of the themes and subject matter of Dark, so if you haven’t yet watched the series you may wish to do so before reading ahead. 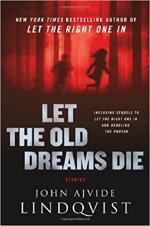 Including John Ajvide Lindqvist on this list was the easiest thing in the world. Dark is a little like a Lindqvist story in terms of its concerns, style, and emotional resonance. Which book to include, however, was another matter entirely. Harbor and I Am Behind You were both contenders thanks to the disappearance of a child in the case of the former and the disappearance of almost everyone and everything in the case of the latter. But ultimately I went with Let the Old Dreams Die, as it really showcases the breadth of Lindqvist’s writing chops and is a great starting point for those unfamiliar with his work or those wishing to delve deeper than Let The Right One In. (It includes a sequel of sorts in the shape of the titular "Let the Old Dreams Die.") At his best Lindqvist is tense, bleak, and a master at characterisation. For those looking for a book that captures the mood of Dark, Lindqvist won’t disappoint. 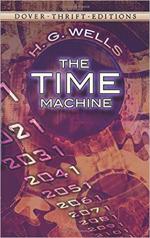 Dark’s watchmaker, H.G. Tannhaus, appears to be an allusion to H.G. Wells, so what better book to read than The Time Machine? Not only is it one of the first novels to deal with time travel, but it posits a question that is perhaps more relevant now than ever before: Will technology ever go too far? 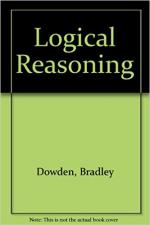 If, like me, Dark has got you thinking about the concept of time travel and its ramifications, you might want to start your enquiry through an exploration of the Grandfather paradox, in which you travel back in time and kill your own grandfather, thus preventing your own birth. After that how about graduating to Bradley Dowden’s Logical Reasoning before exploring Novikov’s self-consistency principle and the works of Kurt Gödel (consider Gödel Meets Einstein: Time Travel in the Gödel Universe). It could be that Dark is the gateway drug into the philosophical musings you’ve been waiting for—consume at your own risk. 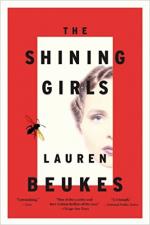 'The Shining Girls' by Lauren Beukes

Perhaps tonally The Shining Girls isn’t the first novel to come to mind when thinking of recommendations for fans of Dark, but it ticks both the time travel and murder boxes, and was one of the best releases of 2013. The Shining Girls follows a time-travelling serial killer who hops from era-to-era, murdering the eponymous shining girls, until one of his would-be victims survives. And then the real fun begins … 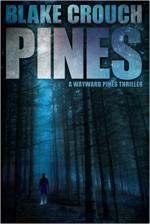 Something that really grabbed me about Dark was the small-town community feel. So much so, I’d say comparisons to Twin Peaks are more apt than Stranger Things. This leads nicely onto Pines by Blake Crouch, which, alongside Wayward and The Last Town, was adapted into the popular television series, Wayward Pines. There’s something inexplicably Silent Hill about Wayward Pines—and let’s face it, Winden, too, albeit with rain not fog—and there’s enough betrayal, hidden secrets, and treachery underneath the town’s seemingly idyllic façade to keep you tense and interested throughout. A modern-day successor to The Twilight Zone and The Outer Limits, Blake Crouch should be on your radar. 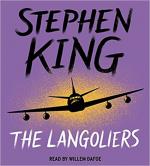 ''The Langoliers'' by Stephen King

Taken from King’s Four Past Midnight collection of novellas, The Langoliers starts off like a cross between Lost and Silent Hill, as ten passengers awake to find that everyone else has seemingly disappeared. As the story unfolds so, too, do the mechanics of time travel come into play. If you pick up the audiobook you can hear the unabridged novella narrated by Willem Dafoe. 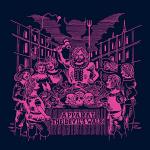 ''The Devil’s Walk'' by Apparat

The astute amongst you may have rather quickly noticed that this is not a story. That said, Apparat provide Dark’s title tune ‘Goodbye,’ and the entire The Devil’s Walk album is simultaneously beautiful, melancholic, and morose. Perfect for rainy nights with a touch of whiskey and a splash of Camus.

FYI: much of the series music is provided by composer Ben Frost, who has many suitably sombre albums available, including my personal favourite, Theory of Machines.

How about you? What would you recommend for those who have watched Dark and are looking for a slice of dark European macabre to fill the void? See you in the comments.

Thomas Pynchon's "V." is not written by a European, but includes many European settings in overlapping time frames. It is also dark and macabre enough to more than make up for the author's domestic deets.