7 Books on Dinosaurs You Need to Read Before Seeing 'Jurassic World: Fallen Kingdom' 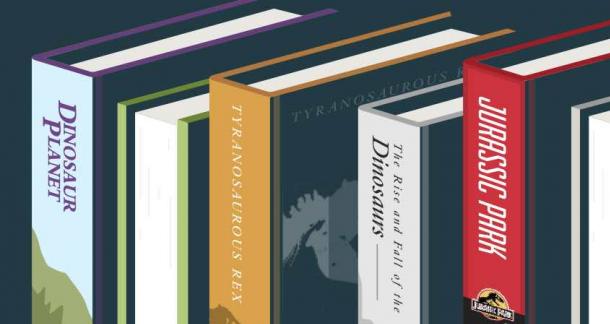 Are you ready for a fact that might blow your mind? George Washington died in 1799, and the scientific proof of dinosaurs didn’t emerge until 1841. That means that Washington passed away (tragically) never knowing that dinosaurs even existed.

Luckily, not only do we now know that dinosaurs once roamed the earth, we’re also blessed with tons of great fiction and nonfiction books about them. In anticipation of Jurassic World: Fallen Kingdom, we unearthed seven books on dinosaurs that you should read before going into the theatre for some raptor action. 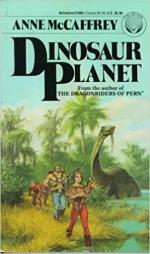 In 1978, Anne McCaffrey took a break from her Dragonriders of Pern series to write about dragons’ not-so-friendly cousins: dinosaurs. If you judged the resulting book by its cover, you’d be forgiven for thinking that it’s Jurassic Park meets Star Trek. But the world that McCaffrey created is so much richer than that.

Set sometime in the future, Dinosaur Planet is the story of a multi-species space crew. Their mission: to survey the flora and fauna of the alien planet Ireta. However, problems arise when they encounter something big, ravenous, and very toothy on the planet.

Three guesses what this mysterious creature is — and the first two don’t count.

Read this if: You want a light, fast read with some spaceships on top of dinosaurs. 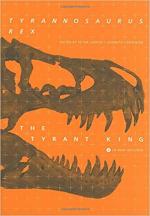 Thanos who? Everyone knows that the biggest, baddest baddie in Hollywood is the T. Rex. But what do you know for sure about this "terrible lizard king"? What do they actually do with their short arms? And can they only see you when you're moving? (Spoiler: no. They debunked that after the first Jurassic Park movie).

If you’re curious about this charismatic dinosaur that’s captivated millions across the globe, start with this definitive book on the T. Rex. From authoritative facts and data to some gorgeous illustrations, it’ll offer you a window into the dinosaur behind the fame. When you’ve finished it, you’ll be able to comprehensively fill out a whole character profile for the T. Rex. And it’s sure to earn you brownie points when you finally watch the movie.

Read this if: You want to come out of Jurassic World: Fallen Kingdom telling your friends that they got the T. Rex’s skull shape all wrong. 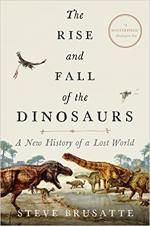 'The Rise and Fall of the Dinosaurs: A New History of a Lost World' by Steve Brusatte

Dinosaurs ruled the planet for 200 million years. To put that into perspective for you, Christianity was born only two thousand years (!) ago — and we’ve only been around ourselves for oh, a pathetic 50,000 years. This is all to say that 200 million years is a mind-bogglingly long period of time and it’d be incredibly tough for anyone to condense it all into one book. However, Steve Brusatte does a really admirable job in The Rise and Fall of the Dinosaurs: A New History of a Lost World.

Brusatte’s sweeping account will catch you right up on the anatomy and evolution of dinosaurs. He traces their entire arc: from their arrival in the Triassic period to their command over the Jurassic period and their ultimate demise in the Cretaceous. It’s expertly executed and the best part is that the writing is super accessible — non-paleontologists will be able to dive right into it. In short, it’s all you could ever want from a biography of dinosaurs.

Read this if: You’re interested in the evolutionary development of dinosaurs. 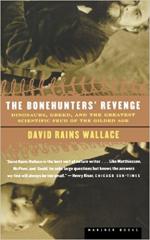 Scientifically resurrected dinosaurs gobbling up screaming children? Yawn. Here’s what really counts as drama: a war between two scientists in the 1800s that shaped the future of paleontology and ended in the total destruction of both parties involved.

Yep, The Bonehunters’ Revenge is the King Kong vs. Godzilla of the academic world: it charts the true story of the rivalry between Edward Drinker Cope and Othniel Charles Marsh, two of the leading paleontologists in the 1800s. Their fight for paleontological supremacy in the Gilded Age sparked what people call the greatest scientific battle in America’s history — one so intense that it goes by the Bone Wars today.

On a surface level, this book is a fascinating glimpse of what went on behind the bones we today see in the museums. But go just a bit deeper and it’s a troublingly epic tale of ruthless competition, professional jealousy, blind greed — and a once-promising partnership gone tragically wrong.

Read this if: You’re in the market for Gossip Girls: the Paleontology Edition. 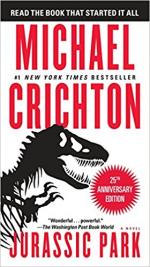 Does this book need an introduction? In case you’ve been buried under an enormous meteor for the past two decades, Jurassic Park is the Michael Crichton thriller about a theme park where the prize exhibits go out of control and threaten the lives of the guests. No, not Westworld — the other one.

From its iconic cover to the series of record-smashing Hollywood blockbusters that it’s gone on to spawn, this is a classic in every single way. When it was first published, it was so successful that Michael Crichton wrote a sequel titled The Lost World. Dare I say it — both books are even better than the movies.

Read this if: You’re a sentient being. Everyone should read this book.

The Dinotopia Series by James Gurney

This series, centered on a mystical island where dinosaurs and shipwrecked people thrive together, became an instant favorite of children everywhere when it was first published in 1992. Author James Gurney came up with a number of names for the island before settling on Dinotopia: a mash-up of “dinosaur” and “utopia.” Because what could be more perfect than a world in which intelligent dinosaurs peacefully co-exist with people?

Nothing, that’s what. But if that’s not enough to pique your interest, you should know that the whole gang — woolly mammoths, ground sloths, and saber-toothed tigers — also wait for you within its pages. And the best part is that it’s just the start of an incredible series, so you’ve got twenty books to savor the magical world of Dinotopia.

Read this if: You’re in the mood for a fun, joyful vision of dinosaurs existing side-by-side with people. 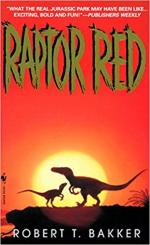 This book is told from the perspective of a velociraptor. If that sentence alone doesn’t get you to sit up in your chair, I don’t know what will. In a nutshell, this story begins and ends with Raptor Red, tracking the life of this female raptor dinosaur as she struggles to survive in the early Cretaceous period of the Mesozoic, 120 million years ago.

It might sound a bit gimmicky at first, but the author infuses the story — and its cast of dinosaurs — with real emotion. When asked to explain the book, Bakker once said: "Nature is a drama. It is the most ripping yarn ever written. You've got life and death and sex and betrayal and the best way to approach it is through individual animals."

Read this if: You think you’ll enjoy an alternative way of getting into the minds of these great beasts.

Already seen the movie? Don't let that discourage you from enjoying these fantastic books!

Crichton's World: From Spielberg to Trevorrow