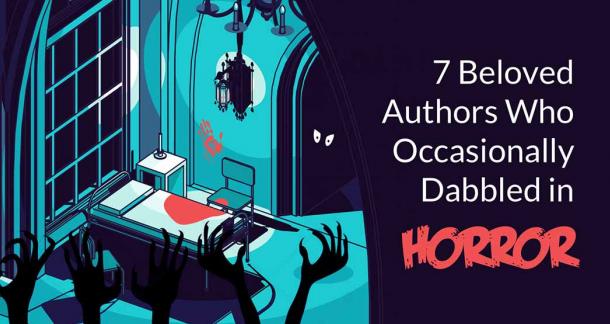 When you think of horror writers, your mind probably jumps to names like Poe, Lovecraft, and King. Authors you don’t immediately think of are Charles Dickens and Truman Capote — both of whom, at some point in their careers, dabbled in the literary dark arts.

In this special October post, we’ll be looking at a few of our favorite writers who took detours into the world of horror fiction. Happy Halloween! 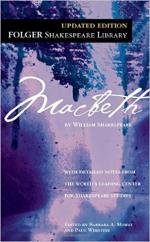 In the publishing world, the phrase “writing to market” is as misunderstood as it is vilified. Today especially, authors often find themselves balking against the need to write what publishers believe will sell. In truth, most writers need to understand what their audience is into if they want to have a chance of satisfying or challenging them. Even Shakespeare, arguably the greatest writer of the English language, was not above writing to market. One of his most enduring tragedies was written expressly to satisfy the interests of his audience: the newly-crowned King James.

Himself a Scottish King, James I had a deep personal interest in witchcraft, and spearheaded a series of deadly witch hunts in both Scotland and England. To appease his patron, Shakespeare devised a tale involving a coven of witches, a dark omen, murders, madness, revenge and blood: all tropes consistent with what we now know as horror. 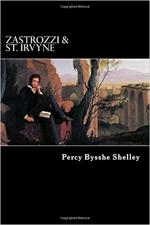 Regarded mostly as one of the finest English Romantic poets, Percy Shelley was also a gothic novelist for a short spell.

In his debut novel, Zastrozzi, the title character tortures the son of a man who abandoned his mother years ago as a means of revenge. In an act of particular cruelty, he compels his victim to suicide, condemning him to an eternity in Hell.

The hero of Shelley’s follow-up novel, St Irvyne, is a wanderer who becomes entangled with an alchemist who has spent years uncovering the secret of eternal life. This allusion to the Promethean myth — the notion of man stealing “fire” from the gods — features heavily in Shelley’s work. It also serves as inspiration for Frankenstein: the gothic classic written just a few years later by his wife, Mary Shelley. 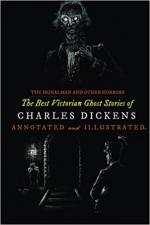 Did you know that the Victorians were obsessed with ghosts? If they weren’t attending a seance or watching spirits magically appear on stage, they probably had their noses stuck in a penny dreadful: mass-produced publications that specialised in shocking tales of the paranormal.

Perhaps the most popular writer of his generation, Dickens was not immune to the lure of a good ghost story. We're not talking about A Christmas Carol (1843), which — though it does feature ghosts — is not exactly a white-knuckle ride. For that, you’ll have to look to his 1866 short story, “The Signalman,” in which the narrator meets the title character, a railway worker who has twice seen a ghost emerging from a train tunnel. On both occasions, the apparition has been followed by a terrible accident on the tracks.

Originally published in the Christmas issue of All the Year Round, “The Signalman” is a fantastic, simple ghost story with a twist ending straight out of O. Henry. 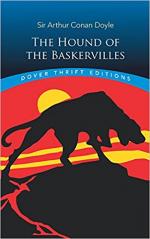 Having killed off his famous detective eight years prior, Arthur Conan Doyle was compelled to resurrect Sherlock Holmes after hearing an urban legend of a cursed squire and his pack of phantom hounds. This short story, in which Holmes finds himself summoned to the country to investigate stories of a demon dog stalking the moors, was the result. Up until then, the cases with which Holmes dealt had been strictly non-supernatural — would this mystery finally be beyond his deductive skills?

While this story was also inspired by ghost stories of the period, Sherlock’s reveal at the end of Baskervilles — that the hound was a dog covered in paint as a part of a scheme to gain an inheritance — has itself inspired countless Scooby-Doo episodes. 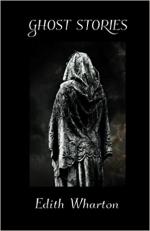 Best known for her novels set amongst New England’s upper classes, the socialite writer of The House of Mirth and The Age of Innocence was also a prolific writer of short stories. In particular, her ghost stories are some of the most bone-chilling pieces of fiction you’re likely to encounter.

Over the course of her career, Wharton wrote over fifteen ghost stories, many of which share themes with her greatest works: class, marriage, loneliness. Start with “The Lady Maid’s Bell,” in which the newest housemaid at a country house comes to believe she’s haunted by the very woman she’s replaced. 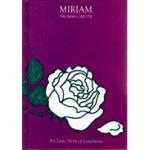 A writer of enviable prose best known for his thinly-veiled celebrity exposés, Breakfast at Tiffany’s and In Cold Blood, Truman Capote got his start in publishing through a short horror story.

Paced like a modern home invasion film, the story centres on a widow who is relentlessly stalked by a young girl named Miriam. The child follows her home, refuses to leave, and even introduces a doll version of herself into the proceedings.

Capote’s story launched his career and hinted at the paedophobia trope that would become rampant in horror cinema (think Children of the Corn, The Shining, or Annabelle). 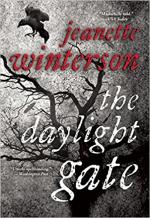 Forever known as the author of the semi-autobiographical novel, Oranges Are Not the Only Fruit, Jeanette Winterson surprised many readers with her 2013 occult-themed novel The Daylight Gate.

Set during King James’ witch-hunts, The Daylight Gate is a complicated tale of witchery and morality. Thinking back, the leap from writing about a young lesbian in a conservative Christian community to writing about persecuted witches is not as wide as you would imagine. Sure, witch-hunting might be the most overused metaphor in literature — but Winterson handles it deftly, slipping past cliches to create a genuinely creepy read.

Which of your favorite authors has a horror story hidden somewhere in their oeuvre? Let us know in the comments.