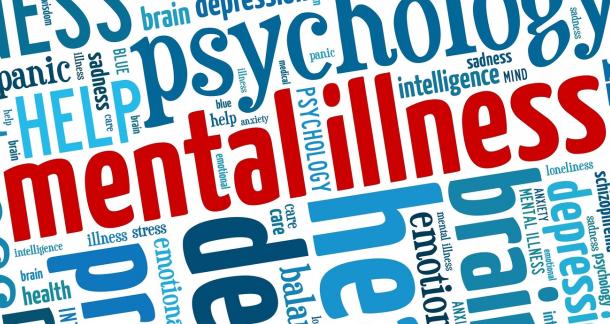 Young Adult novels have never shied away from tough subjects, and when it comes to mental health, there’s a wealth of novels that treat the topic with the gravitas and sincerity necessary to open a larger dialogue. From a quirky look at obsessive compulsive disorder, to the very raw and traumatic experience of post traumatic stress disorder, these six novels explore the rocky terrain of mental health. 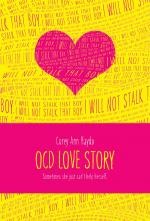 From the moment that Bea meets Beck, having a panic attack in a dark auditorium, she feels a powerful connection. He’s just the right amount of crazy to make Bea feel normal, and when she’s with him, she feels like falling in love again is a real possibility.  But things are more complicated than that. Despite an overwhelming attraction to sweet and strong Beck, Bea is becoming increasingly more obsessed with another man that has no idea that she even exists. Bea feels compelled to watch over this man, and has a journal full of her observations to prove that it might even be an obsession. Although Bea feels like she has her life under control, her behavior is becoming increasingly erratic and it might be time for some intervention.

Haydu spares no expense in depicting the inner workings of a mind with Obsessive Compulsive Disorder, and does an excellent job of keeping her characters overwhelmingly real. Although by all means not an easy read, OCD Love Story is compelling and honest, with richly depicted characters and an insightful look into an often misunderstood disorder. 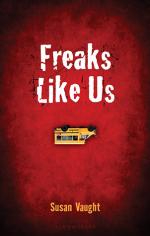 Jason Milwaukee has always loved his best friend Sunshine. She understands what it’s like to be an alphabet and has always been an important part of his life. When Sunshine goes missing, Jason knows something has gone terribly wrong. Finding out the truth behind her disappearance not only requires him to fight with the compelling voices in his head, but to get the world to listen to him. You see, being schizophrenic means he is unpredictable, and to Agent Mercer of the FBI, that means he is a suspect. Jason knows he would never hurt Sunshine, but the voices are preventing him from remembering the events leading up to her disappearance. With time running out and people pointing fingers, Jason must push through the fog of his own mind in order to find the truth.

Jason is the most unreliable of narrators as he battles with the voices in his head, but he is a captivating and unique character. Susan Vaught has given a compelling voice to a very misunderstood condition that is not explored much in Young Adult literature. 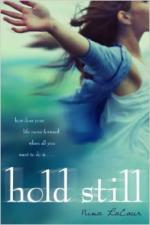 Caitlin has never felt more alone than when she loses her best friend Ingrid to suicide. She struggles with daily activities and interactions with family as she tries to hide from her own feelings. When Caitlin discovers the intimate journal that Ingrid left behind for her to locate, she is forced to face her own emotions and discover the black hold that depression held on her best friend. But not all is bleak as Caitlin begins to see hope in what was once only loss. Caitlin slowly begins to find joy in things like first love and renewed friendship, things she believed were absent from life since the loss of Ingrid. Ingrid’s journal becomes something altogether new as Caitlin uses it to reach out to those who cared for Ingrid and who need closure after her tragic death.

This novel is all at once uplifting and heartbreaking and gives an incredibly true to life look at the aftermath of teen suicide. LaCour not only does a beautiful job of depicting Ingrid’s pain, but she also excels at the finer points of portraying grief. It is a sensitive and meaningful look at both depression and how we move on after great loss. 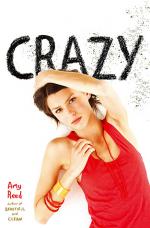 Izzy and Connor met at summer camp, where they were both art counselors. From the moment he laid eyes on Izzy, Connor was deeply and inexplicably drawn to her irreverent humor and sarcastic wit. When the summer ended, Izzy refused anything more than an email communication relationship that left Connor always wanting more. This story is told completely through email correspondence between Connor and Izzy, and depicts the shaky, flirtatious beginnings of young love, before deepening into a dark and devastating descent into madness. Nothing can ease Connor’s mind as Izzy bounces between manic highs and depressive lows that leave him fearing for her safety. In a race against time, Connor must convince Izzy that she needs help before it is too late to save her from the recesses of her own mind.

Told entirely in emails and journal entries, this is a unique story that depicts the inner workings of a bipolar mind. It carefully shows Izzy’s slow descent into depression and rapid increases in energy as she fades into mania, while building up to a devastating climax. 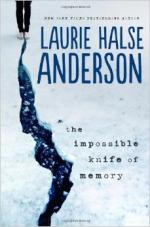 5. 'The Impossible Knife of Memory' by Laurie Halse Anderson

Hayley Kincain is used to a life on the road. For the past five years, she and her father, Andy, have traveled by eighteen-wheeler, constantly trying to escape the demons that haunt him since his return from Iraq. Along the way, Andy realizes that Hayley needs to attend school and prepare for college, so he brings her back to the town where he grew up and tries to settle down. Hayley looks forward to putting her own bad memories aside and starting a new life, but being back home isn’t helping Andy. His terrifying memories have pushed him to drink and use drugs, and his unpredictable temper flares unexpectedly. Hayley is stuck between playing parent to her father and pursuing her own life with new friends and a very intriguing boyfriend with secrets of his own.

The Impossible Knife of Memory does a beautiful job of describing the complex array of emotions that come with living with PTSD and caring for someone who suffers from the disorder. Not only are Andy’s demons explored with depth and emotion, but Hayley’s pain in trying to save him are also meaningful. 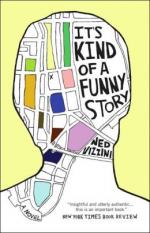 After acing his exams to get into Manhattan’s Executive Pre-Professional High School, ambitious New York City teenager Craig Gilner is on top of the world. All of his quirky study habits have finally paid off, and he is on his way to future success. Craig thinks he has everything he needs, but the pressure to be at his best overwhelms him until he stops eating and sleeping. The unbearable pressure takes him to the breaking point, leading to a frantic call to the suicide hotline that lands him in the hospital. His suicidal episode lands him on the adult psychiatric wing of the hospital where he meets a lively cast of characters who just might be the ones to bring Craig back from the brink of insanity.

Vizzini has a unique perspective on depression and the inner workings of a psychiatric hospital, since he suffered from depression and spent a week in one himself. This book doesn’t shy away from the realities of living with depression, yet manages to infuse a humor into the narrative that reminds the reader that even in the bleakest moments, there is hope.

These are just a few of the wonderful novels that touch on the tough issue of mental health in the lives of young adults. Each one is valuable in opening up the lines of communication and helping readers to understand the struggle behind mental illness. They are each unflinching and real, never brushing the harder moments under the rug, shedding light onto an important topic.

Crazy In Love: Five Authors And Their Stalkers

Great list. Another good one is Wild Awake by Hilary T. Smith, that follows a teen girl as she is going though her first hyper manic episode.

Actually mental and physcial health both are necessary to achieve the goal or to get success in our life because our a whole life is depends on our health. so, we should always concentrate on it and use perfect diet along with herbs and plants for fitness as our ancestors used it. Today few of them also used the old ways of treatement i.e Mardana Kamzori ka ilaj hakeemabdulraheem.com/mardana-taqat/. Actually natural herbs have bundle of healthy substances like if we talk about carrots. Carrots are one of the enormously low-calorie vegetable varieties and should not be missed in the kitchen. In addition, they are particularly rich in carotene, a precursor of vitamin A. Carrots are often called carrots or carrots, depending on the region. Normally, the commercially available breeding forms are processed in the kitchen, but there are also recipes in which the wild carrot plays a role, for example in salads or green sauces. We show what the vegetables infected.

Such content is not only good for adding in information level but also for awareness purpose and it should be part of essay help cheap online for students.Good to see this post.

Your point is valid but many people take it in a negative way.I liked the yellow fever vaccination nyc latest update about its usage but I think it is necessary to be verified from different other sources. Public reviews matter a lot and I am sure it would add more to it. Great.

Every girl want to lose their weight. But is not an easy task. They have to maintain their daily routine and also their food. Diet is much if someone wants to lose weight. Through healthy food and good habit, somebody can get a fit body. Acupuncture for hormone balance and weight loss

I like the topic of psychology, it is very interesting, it helps to understand others and oneself. I found several interesting link  thanks to which I became much better at understanding this topic. And also after reading various information, I found a specialist who helps me to better understand myself.

Hi all, Dr. Rashid Zia is the first Pakistani Surgeon to perform cochlear implant surgery on a child with total deafness. The  successful result was presented along with the patient’s demonstration of hearing and response to a mobile phone in an ENT conference.