6 Twist Endings Every Writer Loves (That Are Bullshit) 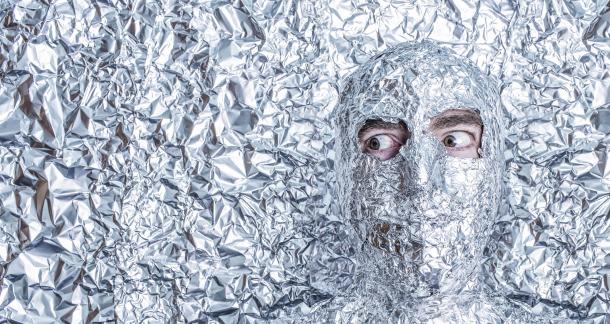 Reading an abundance of short stories in slush piles has cursed me with a sort of abhorrence toward twist endings. I still enjoy the concept of a twist ending. I love the idea of pulling the rug out from under the readers’ feet and turning their worlds upside down. If you can make your readers question everything they’ve just read, you’re basically a magician.

However, like most things in life, we cannot thrive off concept alone. Execution is vital. Quality execution can be difficult to accomplish with twist endings, especially when you consider how much readers have come to expect a twist ending. At this point, it might be more surprising to avoid twists altogether, which is what we in the biz call: “The Bizarro Shyamalan.”

When it comes to twist endings, writers usually fail in one of two ways: either the twist is too predictable, or the twist is random to the point of senselessness. Twists just for the hell of it.

A frequent mistake writers love to make involves first-person narratives deliberately hiding essential information from the reader. Facts that make no sense for the narrator not to mention other than to fool us. It ceases to be a twist ending and ends up serving more as a lie. Plus, it doesn’t help that many twist endings are just not very original. Maybe once upon a time they were cool and innovative, before famous movies used them and forever spoiled any future use. 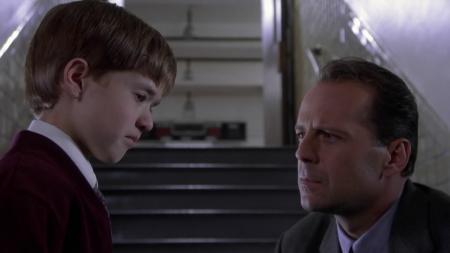 06. Bruce Willis Was a Ghost the Whole Time

This is the big one everybody loves to ridicule. The protagonist you’ve just spent a good chunk of time getting to know was actually dead from the very beginning. It’s the standard joke people use when making fun of twist endings. Yet somehow writers still rely on it as an effective ending. If I read your story and discover the main character was a ghost the whole time, I’m going to know a couple things about you: one, you’re not a very good writer, and two, you’re probably fourteen years old.

Maybe you’re smoking some pot with a buddy and bouncing story ideas off each other. Then the ultimate ending hits you hard and fast. You jump up off the couch and shake your friend and shout, “Dude! Duuude! What if...what if John and Jeremy...were the same person? Like, uh, schizophrenia, dude! DUDE WHAT IF THEY HAD SCHIZOPHRENIA.” There’s a slight chance later on you’ll realize split-personality disorder and schizophrenia are two completely different illnesses, but it’s doubtful. And it doesn’t matter, because this idea is so goddamn unique nobody will care. Because. Dude. Duuuude. 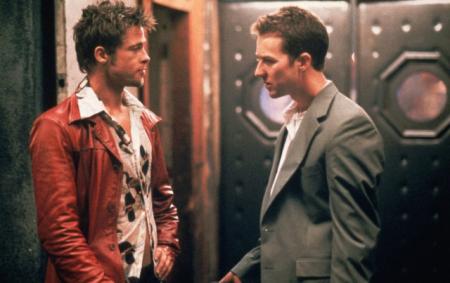 Dream sequences are barely acceptable in the middle of a story, but if I find one beginning or ending a story, I will go absolutely berserk. If I encounter one more twist ending that involves everything preceding the last hundred words being nothing but a cruel dream, I will...well, I’ll complain about it on the internet, that’s what. Dream endings are not twists. They’re just lies. It’s the writer realizing they should have never been born and throwing up their arms and declaring, “Uh, and then Shaun woke up and sighed in relief that none of it really happened! OR DID IT?”

A man is driving late at night. He notices someone on the side of the road, thumb out. Against his better judgment, he pulls over and picks up the hitchhiker. Can you guess what’s going to happen? If you said “the hitchhiker is actually Fred Durst from the very popular and talented band, Limp Bizkit”, then congratulations, you’re reading David Wong’s John Dies at the End. However, if you said “either the hitchhiker or the driver is a serial killer preparing to claim their latest victim”, then congratulations, you’ve just guessed the twist ending of 90% of hitchhiker stories.

02. Aliens Were Humans From Earth All Along

I think I first encountered this ending in a book by R.L. Stine, so right away you know it’s legit. I’ll typically see this ending in a first-contact story. You know the drill. Aliens visit Earth. Shit goes crazy. Humans freak out. But with this particular twist, at the very end of the story we discover the aliens were actually humans, and the setting wasn’t Earth after all, but some other dumb planet. Usually, no foreshadowing will occur, and the ending will come way the fuck out of left field, because hey, why not. See the Tyler Durden segment of this article to explain how these stories originate. 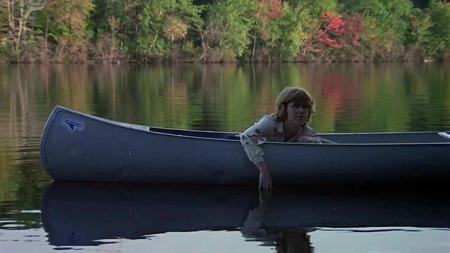 Universally known to all slasher movie fans. The big bad villain dies a violent death, and the heroes drive off into the sunset. Just as you think the credits are about to roll, we cut back to the bad guy, not as dead as once thought. Maybe he flinches, maybe he leaps out of a lake. It doesn’t matter. The purpose of this ending is to set up the possibility of a horror franchise. Sequel after sequel after terrible fucking sequel. Which makes it even more baffling when I see, over and over, short stories that utilize this very same “twist”. What are they hoping to accomplish? Learn how to end your stories, otherwise don't even bother.

And there you have it. Feel free to argue in the comments about how your story was totally justified for using one of these endings. Or, preferably, join in and add other endings you loathe.

This column is okay, but not fully formed.

For every thousand terrible versions of the above, there are the ones that actually work, or were the first you read. So, I'll never write a Tyler Durden because I read Dostoyevsky's The Double, and then saw the concept played with in a feeble (and gratuitously violent manner) in Easton Ellis'  American Psycho.

And if this is a column about writing, how come it leans so heavily on film for its references?

I'd really love to see a version of this that doesn't feel like it was hammered out to meet a deadline.

And when that's done then #3 can be expanded to include 'it was a vampire' because man I get real tired of seeing vampires in the submission queue.

Oh man, I have absolutely no use for dream sequences.  To paraphrase a friend's review of Batman Vs. Superman why are there so many dream sequences in a movie about two guys punching each other?

Is anyone ever going to learn that schizophrenia is not multiple personality disorder.

I would not count on that Thuggish. Most people still think psychotic means murderously  intent.