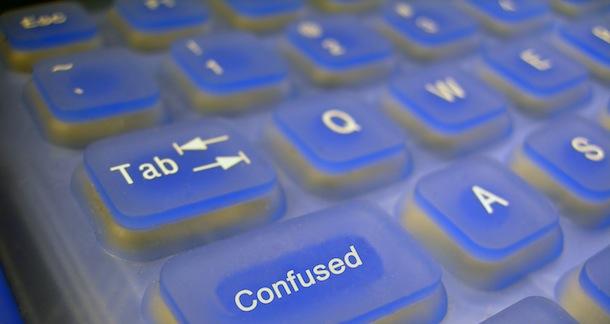 The most prolific authors will pen something like forty novels over the course of their careers. Busy acquisitions editors will work with hundreds of those stories, but mainly just the ones that already work (perhaps with a few tweaks here and there).

Independent editors are different in that we will work with just as many, if not more, novels over the course our professional lives, but it's our job to actually make them work. (Or help in this regard as much as humanly possible.)

Which is why I feel possessed of the standing to say, clearly and simply, in the most unvarnished possible terms, that whatever's causing your novel to stall out is probably not unique to your novel.

From week to week, month to month, and year to year, I see the same issues, in everything from spy thrillers to YA, women's lit to spec fic. Beat this rap sheet, friends, and you will have beaten the cause of death for 90+ percent of all novels.

You wanted to get this story moving quick, and you did. So quick, in fact, that your reader has no idea who these people are, what is happening here, or why they should care. This is the equivalent of trying to start a romance on second base. (Beware: your reader may slap you.)

If this novel were a cliche, it would be the cart before the horse. If it was a fish, it would be—forgive me—Bass Ackward.

Whatever's causing your novel to stall out is probably not unique to your novel.

The solution is to either slow down, start earlier, or both.

Slowing down means easing into your story more slowly, preferably employing some seduction strategies: voice is a good one, as is the lure of a promise or puzzle, while introducing one piece of the story, clearly, at a time.

Starting earlier means selecting an opening scene that occurs earlier in your story's timeline than the one you originally started with, as a kind of establishing shot for your protagonist's ground situation. (This can be especially important in stories that require a lot of backstory—because if we don't understand the order being upset, we won't be on board with the story or its stakes.)

2. What Kind of Story Is This, Anyway?

The back cover promised unicorns, but so far, this is a sort of mainstream literary novel about a couple who lost their child. And you can see the connection, sort of, but—you were promised unicorns.

I've seen this with literary novels that took a fabulist turn on page 100, really (weirdly) awesome stories that start off as a Western or crime drama and then later involve Egyptology or aliens, or even novels featuring a single, towering character who changes everything but doesn't arrive on the page until far too late.

Different readers like different things. You want to attract the readers who like your sort of thing. Which is all the more reason to get that thing on the page early in the story, whether its via a prologue or some tricksy folding of the time-space continuum. Sometimes the order the story actually occurs in is not your friend—especially when the natural order of time keeps the really cool stuff from happening until the novel is halfway over.

3. Whose Story Is This Again?

You've got these really cool characters tooling around in a fascinating setting, interacting with one another in all these interesting ways. But halfway through, the story gets lost in the woods.

Maybe you got bogged down in historical research and are trying to stuff too much of that in. Maybe you've succumbed to the siren song of a subplot or two, and have lost control of your rudder; maybe another character's POV seemed really important to include, and somewhere along the line, it became more interesting to you than the protagonist's; maybe you simply had your protagonist stuck with the same obstacle for too long, or, alternately, made things too easy for them and had to find a way to fill the time. Because a novel's supposed to be big, right?

Yes, a novel is big. But the sense that there's room for everything but—or even including—the kitchen sink is no more than a lovely illusion fostered by those who know how to make the kitchen sink really matter to someone we actually care about.

And ideas, needless to say, do not a novel make.

Got a theme, running joke, memory, whatever, that's supposed to be an important part of the story? Stop telling me about it. Put it in a scene.

Even this problem's evil twin, Saw It Coming A Mile Away, is generally preferable. Because you've seen those kind of novels in print, right? They're the ones that make you say, I can do better than that! And you probably can. But whether it's intentional vagueness or a basic lack of craft, a lot of new writers don't set up things that are supposed to be important in the story until they're supposed to be important.

Maybe your protagonist really knows how to use a gun. Or always hated her stepdad. Or has a thing for robots, whatever—if this detail doesn't come up until it's impacting the story, the construction will look shoddy. Same thing with actual plot developments: your nice, funny buddy character turns out to have kidnapped someone? You need to plant the seeds of suspicion in your reader's mind long before the point at which that actually occurs.

This is part of what people are talking about when they say that the best endings seem both surprising and inevitable. They're inevitable because everything was there all along, if you were looking—but they're surprising because you didn't stop the car, point out the window and say THIS! THIS IS GOING TO BE IMPORTANT LATER!

There's a fine balance here, but my point is this: set it up well before you need it, and blend it into the narrative as seamlessly as possible.

5. No Ideas But in Scenes

I submit to you the corollary for fiction: no ideas but in scenes.

I've seen far too many novels in which a conflict between two characters is supposed to be a thing, but the novel never really shows these two conflicting. Or where there's a metric ton of exposition on, say, the new rules of combat in a war zone, but those rules are very difficult for the reader to parse because she doesn't know what they mean to the protagonist—which could be most easily accomplished by having said character come to grips with these new rules in the course of this magic thing called a scene.

Backstory too dense for narrative exposition? Contain it a series of scenes. Need a relationship to be important? Establish it in a scene. Got a theme, running joke, memory, whatever, that's supposed to be an important part of the story? Stop telling me about it. Put it in a scene.

6. This Is Not the Ending of This Story

How do you get the right ending? That's kind of like asking the answer to Life, the Universe, and Everything. (Spoiler: 42.) But here are a few useful ways to interrogate the ending of your novel if it feels like it's not working:

Writing a novel that wins readers in this day and age is no less than a minor miracle. But employ this checklist in troubleshooting your novel—along with a healthy dose of dauntless submitting and your lucky rabbit's foot—and you'll be well on your way to a novel that will live long and prosper.

I often find that my ending evolves beyond the point where I had originally wanted to end the narrative, and the ending ends up feeling rushed even though I actually took my time to get to that point in the story.

Then I end up replotting setting up to foreshadow the next ending, and the ending evolves beyond the second ending. At this point, endings are just a roadway stop sign. But there is still many miles of prairie left to go walk in.