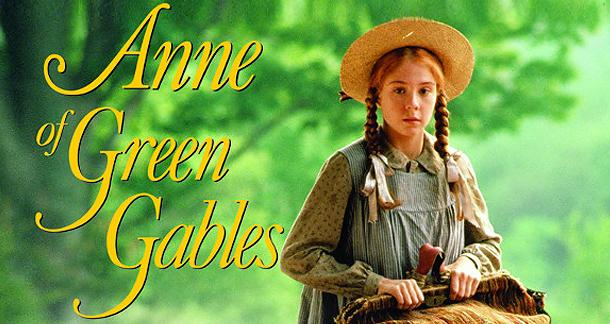 With seven television, film, and miniseries adaptations in English alone — amongst numerous adaptations in other languages, like the Japanese anime series — it couldn’t be clearer: since its publication 110 years ago in 1908, Lucy Montgomery’s Anne of Green Gables is here to stay.

The book, which has sold over 50 million copies and been translated into at least 36 languages, elicited warm feelings from even the furrowed Mark Twain, who remarked: “Anne of Green Gables is the dearest, most moving and delightful child since the immortal Alice.”

So what has given Montgomery’s Canadian classic this kind of global lasting power? Well, here are just a few reasons.

A list such as this one is, of course, incomplete without due mention of the story’s heroine: Anne Shirley. Here are just a few reasons why she is a bonafide badass: she’s not afraid to show her anger, she doesn’t let others define her, she fiercely guards her right to her own opinion, she is unabashedly passionate, and she’s always there for the people who matter most. During a time when women were encouraged to be subservient, Montgomery provided young and old women alike with a character who is anything but.

But Anne isn’t the only rockstar of this book. While her growth and empowering moments may be quieter and more subtle, Anne’s adoptive mother Marilla Cuthbert can’t be overlooked. Marilla changes perhaps more than any other character in the novel: a reserved and curt woman at the start, Marilla learns how to express her emotions and how to be vulnerable by the end — perhaps one of the hardest transitions a person can make!

The changes in Marilla can be tied to larger social change in general. Anne of Green Gables was published just a few years after the end of the Victorian era — a time period that prioritized the enforcement of discipline in children over any notions of “childhood spirit.” But, as the Victorian era came to a close, these values also began to change — just as they do in Marilla. The resident town gossip, Rachel Lynde, is speaking the truth when she comments: “Marilla Cuthbert has got mellow. That's what.”

Marilla turned quickly away to hide her twitching face, but it was no use; she collapsed on the nearest chair and burst into such a hearty and unusual peal of laughter that Matthew, crossing the yard outside, halted in amazement. When had he heard Marilla laugh like that before?

The series takes place in a small turn-of-the-century Prince Edward Island village called Avonlea — based on the rural community of Cavendish that Montgomery grew up in.

Frankly, the story wouldn’t have been the same had it taken place anywhere else. Avonlea feels like a supporting character itself: Anne is inspired by — and finds solace in — the nature that surrounds her.

And while Anne is constantly awed by the nature that surrounds her at Avonlea, it’s clear from the way that Montgomery writes about PEI that Green Gables was meant as a sort of ode to a place where she, too, was inspired to wonder:

You never know what peace is until you walk on the shores or in the fields or along the winding red roads of Prince Edward Island in a summer twilight when the dew is falling and the old stars are peeping out and the sea keeps its mighty tryst with the little land it loves. You find your soul then. You realize that youth is not a vanished thing but something that dwells forever in the heart.

“True friends are always together in spirit,” says Anne Shirley. And for a true depiction of friendship, one need look no further than this book. What Anne desires above all else (more than a dress with puffed sleeves or to change her name to Cordelia) is a true friend — and the opportunity to be a true friend to someone else.

While Anne forms many kinships, none is more steadfast than with her “bosom friend” and “kindred spirit” Diana Barry. Never an afterthought, Anne’s relationship with Diana is one of the key arcs in the book. In fact, Anne looks to the light from Diana’s window for reassurance. The familiar sight is what provides Anne with comfort and resolve at the end of the novel when she sacrifices her academic ambitions to stay in Avonlea and care for Marilla. It’s a reminder of the rule Anne seems to live by: to care for the people you love.

A bosom friend—an intimate friend, you know—a really kindred spirit to whom I can confide my innermost soul. I've dreamed of meeting her all my life.

Remember when Anne convinces her friends to reenact a poem by Alfred Lord Tennyson in which the deceased Elaine is put in a barge and sent down a river? And how, while relishing in her role as Elaine, Anne almost drowns when her boat begins to sink?

Well, Marilla would likely call this incident “stuff and nonsense!” And while we can’t necessarily prove her wrong, it’s a prime example of one of Anne’s greatest gifts: her endless imagination, and her ability to find wonder in all aspects of life.

Anne’s imagination provides her with refuge in times of struggle and propels her insatiable desire to learn. And while it gets her into trouble from time to time, or leads to great disappointment when life does not live up to her imagined expectations, she refuses to dim her curiosity or zest for life — encouraging others, like her adoptive father Matthew, to think outside the box and beyond their own surroundings.

Isn’t it splendid to think of all the things there are to find out about? It just makes me feel glad to be alive—it’s such an interesting world. It wouldn’t be half so interesting if we knew all about everything, would it? There’d be no scope for imagination then, would there?

Anne absolutely cherishes the things and people she holds dear, and absolutely hates the things that do not please her — such as her freckles and hair. She longs for beauty (which, in her mind, means golden hair and fair skin) and for riches and elegance. In fact, she equates the latter with inherent “goodness.”

More than simply longing for those things, she actively chases them with the reckless abandon of youth. While trying to dye her hair blonde she ends up with vividly green locks, and while trying to host a “ladylike” and “civilized” lunch with Diana, she ends up accidentally getting her best friend drunk and is forbidden from seeing her for weeks.

As the novel progresses, Anne develops and becomes more comfortable with herself; both her looks and who she is. Her black and white notions of “good/bad,” “beauty/ugliness,” and “privileged/unfortunate” begin to grey. We witness Anne mature and come to appreciate the simplicities of life — and while her imagination never ceases to picture what could be, she also learns to love and find beauty in the world as it is.

There's such a lot of different Annes in me. I sometimes think that's why I'm such a troublesome person. If I was just one Anne it would be ever so much more comfortable, but then it wouldn't be half so interesting.

When we meet Anne, she’s leaving the tough world of orphanages and temporary foster homes behind and is on her way to Green Gables — a place that symbolizes security and comfort. At first, it seems as though this new home might be torn from Anne, as Marilla and Matthew debate whether to keep her or to send her back in exchange for the boy they had asked for. But, we all know how this story goes: Anne stays and becomes an integral part of not only Green Gables, but also the Avonlea community, and comes to enjoy unconditional love from her new guardians.

Of course, this doesn’t happen overnight, and there are many trials and tribulations along the way. Through it all, however, there is an attitude of optimism — reminiscent of another red-headed orphan’s perspective: the sun will come out tomorrow.

If nothing else, that’s one message readers of Montgomery’s book are left with: hope.

Tomorrow is a new day with no mistakes in it.

Why do you love Anne of Green Gables?