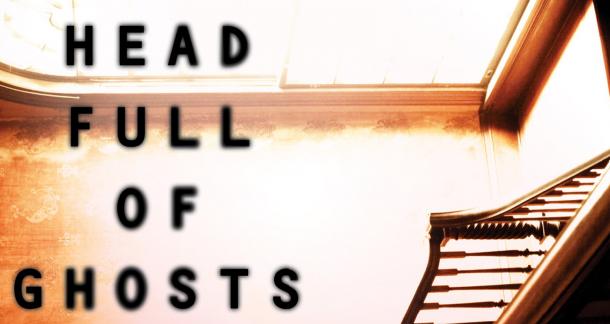 Since its release in June, Paul Tremblay's A Head Full of Ghosts has received rave reviews and much-deserved praise across the board. Even Stephen King is talking about it. Yet despite its universal lauding, I bet there are many of you who still haven't read Tremblay's modern take on the exorcism subgenre. Well consider this the call-to-action you've been waiting for. I read a lot of horror fiction, I run This Is Horror for goodness sake, and this is the best horror book I've read all year. So join me on a thousand-word journey to find out exactly why you should stop reading this and start reading A Head Full of Ghosts.

A Head Full of Ghosts references so many films and books it reads a little like an encyclopaedia of horror. It would also make for an excellent drinking game, so watch this space for the inevitable spinoff post: 'A Head Full of Ghosts: The Drinking Game' (Max Booth III I'm looking at you to make this a reality). Of course there are countless references and comparisons to be made between Tremblay's tome and Blatty's The Exorcist, and yes there are some obvious nods to the likes of Possession, Paranormal Activity and Shirley Jackson (the narrator is called Merry, after all), but there are more obscure references buried deep, waiting for excavation. Case in point, Tremblay mentioned in a recent interview that Stewart O'Nan's The Speed Queen served as an influence on the entire structure of the story and Marjorie herself.

The treasure chest of references are a delight to read and ensure you'll return for a second, third and fourth read.

Much like Wes Craven's Scream, Tremblay's A Head Full of Ghosts manages to be referential and self-referential whilst avoiding ridiculous parody, pomposity or seeming too self-indulgent. The treasure chest of references are a delight to read and ensure you'll return for a second, third and fourth read.

2. Ambiguity: What The Hell Happened To Marjorie?

I tend to find horror stories lose something when they start to explain the source of the previously unknown horror. Ambiguity and the unexplained go a long way in keeping trepidation levels high and a constant sense of unease. The moment you provide an explanation you begin to understand, confront and ultimately come to terms with the horror. But if you are not able to fully comprehend the terror, you can't possibly deal with it. I felt both the Paranormal Activity and [Rec] films lost a lot of both their scare factor and intrigue the moment the exposition began.

In Tremblay's book there are no black and white answers. Is Marjorie demonically possessed, is she mentally ill, is she a vulnerable victim exploited by her surroundings, parents and reality television? Not only are there no definitive answers – Tremblay invites the reader to draw their own conclusions – but even the characters within the narrative form different explanations. Marjorie's mother, Sarah, puts her trust in science and medical professions, but – frustrated and desperate – Marjorie's father, John, turns to their priest, Father Wanderly.

It's arguable that the real horror is found in the politics and subsequent implosion of The Barrett family. There are no 'bit parts' or one-dimensional characters, just fully-fleshed out individuals with different needs, concerns and wants. The common want for Marjorie's parents is the return of good health to their suffering daughter. Unfortunately the conflicting methods employed in resolving this issue lead to an internal family breakdown, not least because John persists in going behind Sarah's back and against her wishes to seek religious counsel to 'fix' Marjorie. Problems ramp up to eleven when, in a desperate attempt to pay medical costs, the family agree to be filmed and monitored for reality television show 'The Possession'.

As with all good stories the conflict is multilayered and present throughout much of the book. Never is it more present than in Merry's own understanding of Marjorie. We're shown the difficulties eight-year-old Merry first faces, trying to discern fact from fiction in everyday conversations with Marjorie. What is Marjorie being honest about, what's fantasy and how much of what Marjorie says does she genuinely believe. To further blur the lines eight-year-old Merry's account is narrated by twenty-three-year-old Merry, bringing the authenticity into question from the off.

4. It Calls Out Exploitative Reality TV

It draws our attention to the dangers of reality television. The constant surveillance the Barrett family are under and the negative impact of the judgmental public not only exacerbates the family's trauma but arguably causes the greatest damage of all. We are also reminded that what reality television broadcasts on-screen is never the full story and rarely reality. Gone is the old adage 'the camera never lies', the camera says whatever the producers demand of it.

'The Possession' isn't the only reality television show in A Head Full of Ghosts. Eight-year-old Merry is obsessed with 'Finding Bigfoot' and references it frequently, further cementing the obsession the general public has with reality television.

5. It's A Lesson In Creative Writing

If you're looking to hone your craft and you're not writing, it's a good idea to read great fiction. A Head Full of Ghosts is exactly that and there's a lot to be gleaned from Tremblay's writing. Not only is it a master class in creating suspense, employing subtle comedy and paying homage to your predecessors, the book also shows off a number of different writing styles. From blog posts to flashbacks to television shoots, Tremblay unashamedly shows off his versatility to our benefit.

A Head Full of Ghosts, by Paul Tremblay: Scared the living hell out of me, and I'm pretty hard to scare.

If this isn't enough to convince you then nothing will. So, what are you afraid of?

Dino Parenti from Los Angeles is reading Everything He Gets His Hands On September 11, 2015 - 9:28am

It's a kick-ass book, no doubt. I read it in three sittings, and that's a major feat for this slow-ass reader.