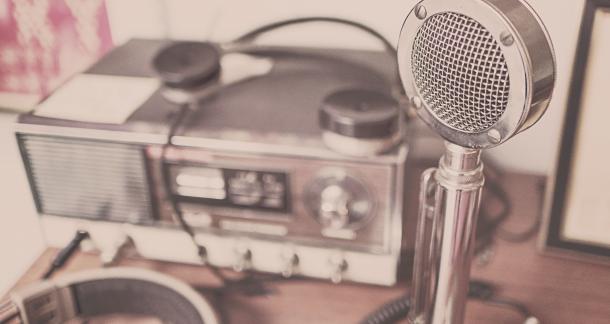 Why read a self-help book about writing when you can just listen to a bunch of cool podcasts? Also, let’s face it, why even read this intro when you can just skip straight to the first entry? Surely you’ve read the article’s title, which tells you all you need to know about what you’re about to get into. So let’s just get on with it. 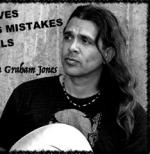 6. This is Horror: Stephen Graham Jones on Werewolves, Mongrels and Common Writing Mistakes

If you’re one of those weird people who believe writer’s block exists, then you’ll dig this one, as SGJ teaches how you can use memories from your own life to cure such an imaginary disease. Plus, he also offers insight on how to deal with self-doubt, which is very much a real thing. This entire episode is pretty much a seminar on writing, as are most episodes brought to you by This is Horror. Give it a spin and worship Stephen's religion. 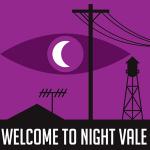 5. Welcome to Night Vale: A Story About You

I have a confession to make: I love stories told in second-person. I don’t see it as often as I’d like, but whenever I stumble across one, it feels like a Christmas gift. But it’s so easy to screw something like this up, which is why I am using this space to recommend anybody interested in writing second-person to go listen to Welcome to Night Vale’s “A Story About You”, which is a perfect example of second-person done right. And, as a bonus, it's very fun and creepy. Enjoy.

In this episode, Shane Black argues the importance of writing groups. Reading each other’s work and providing feedback can be a crucial aspect of improving your craft. Plus, there’s always a good chance that sometime down the line one of you will be in the position to help the others out.

Every story you’ll tell is a suspense thriller. [...] Every scene—even if it’s just a simple psychological story—is, to me, an assignment in providing the thrills to make you change the page.

When stuck on ideas, he also recommends—in the same spirit as Stephen King—to take a walk and let your thoughts mingle. Don’t force an idea out if it’s not progressing naturally. Give it more time. And don’t be afraid to go back in the story and add details to make later events pay off better. For instance, if a woman uses an umbrella toward the end of the story, don’t be afraid to return to an earlier scene and have an important character give the woman this umbrella. The reader’s not gonna know any better.

The best writers are those who continue going through every scene, over and over, building those connections, linking it all together.

He also recommends, before sitting down to actually write, to create a movie trailer of the story in your head. It’s a quick, clever way to outline the most important, critical scenes you’re about to write, and I love it.

Find the episode here (you'll have to scroll down toward the bottom). 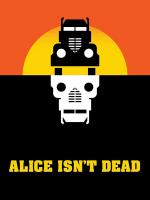 First, this podcast will teach you how to tell stories in ways you never even comprehended before. Alice isn’t Dead is an innovation in storytelling. The small details the narrator chooses to provide in this show are just weird enough to get the mind racing with possibility. Not only will it exercise your mind in new narrative methods, it will also provide an example of exceptional descriptive horror. You want to know how to describe your monsters, your horror? This is the podcast you need to listen to—especially the first episode: “Omelet”.

2. We Hate Movies: ALL OF THEM

Yup. I’m totally cheating here. Look, I spent far too much time attempting to choose one episode that best represents what I’m aiming at here in this article. In every episode of this podcast, they take a bad movie and break it apart, scene by miserable scene. They tell you what does and doesn’t work—mostly what doesn’t work. But not only do they tell you what doesn’t work, most of the time they also explain why it doesn’t work. This is without a doubt my favorite podcast out there. A) It’s hilarious, and B) Every episode leaves me thinking of new ways to improve my own writing. The best way to write better is to understand how not to write, and this show is an onslaught of terrible creative decisions. But if I had to recommend a couple episodes as starting-off points, I’d direct you toward their Butterfly Effect or Cyber Seduction: His Secret Life episodes. But really, click on any of them and there’s a good chance you’re in for a treat. 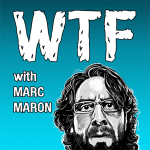 Louis C.K. is without a doubt my favorite person. Not just my favorite comedian, but my favorite person. Alive now or to have ever lived. If you watch his stand-up specials, you’ll get the sense that Louis C.K. is a very lazy, disgusting human being. And while yeah, he may be disgusting, he is far from lazy. Once you listen to his interview on the WTF Podcast, you’ll quickly realize that the persona he portrays on set is merely an act—he’s playing a character. Everything he portrays on the stage has been painfully built over decades of determination and exhausting work. It’s easy not to think about how much work it takes to make it as a successful stand-up comedian. Listen to this podcast and realize that no matter how much work you’re putting into the craft, you aren’t doing enough. You must always be writing, always be hustling.

I can’t think of anything more motivating to start off my day, because right now, listening to this, I am pumped to do some work. Louis C.K. is probably the most inspirational creator in the world–to me, at least. Here is a man who started off with nothing. He worked his ass off for years, doing what he wanted. He didn’t care. He wanted to be a comedian, he wanted to be a filmmaker, he wanted to be all these things, and that’s exactly what he did.

Of course, none of it happened overnight. He worked himself to the bone, doing ten gigs a night. But here’s what I love the most about him: now that everything’s falling into the right places for him, the dude’s working even harder. Look at Louie. He writes and directs (and, until recently, edits) every single episode of the show. No writing team. It’s just him. Surely you’ve already heard about Horace & Pete. And his standup? He refuses to recycle material. Each year, he writes a completely new gig.

Most comedians don’t do this. The man is fucking insane, and I think that’s the key, really. You have to be obsessed with what you love so much that it makes you crazy. You have to always be writing, always be creating. If your dreams aren’t strong enough to make you nuts, then maybe you’re chasing the wrong dreams.

You must stay drunk on writing so reality cannot destroy you.

What are your favorite podcasts on writing?

Christina Re from the United States is reading something a friend wrote September 1, 2016 - 2:50pm

The Treatment with Elvis Mitchell on KCRW is great for anyone working on screenplays or television. Mitchell interviews famous guests in each episode. Instead of becoming a platform to pitch their newest work, he usually ends up getting directors, actors and musicians to dig deeper.

My favorite episodes have been:

Randall Park: Fresh Off the Boat

These are great episodes because the actors and directors tell you what draws them to the work. Also, there are a lot of discussions about theme, pacing, the joys of financing a project, studio politics and the struggles of Life in Hollywood. They're fun to listen to because they are intimate in a way. It feels like you are right there with them, reclining in a velvet armchair with a whiskey tumbler in hand.