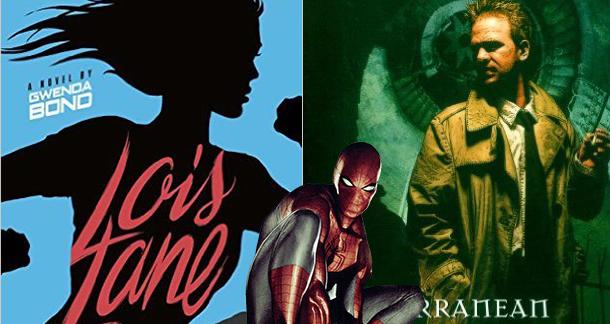 There’s a reason why Will Eisner championed the terms “graphic novel” and “sequential art” as replacements for comic book: they are by their very natural a visual medium. That, and he was hoping to achieve a degree of respectability. That comes, for better or for worse, when mainstream comic books jump to the big screen, gaining validity in the eyes of some. But while the cinema allows for a fluid translation considering comic books function like storyboards, there have been other attempts over the years at transitioning into more virtuous channels. Namely, the novel.

Sometimes this comes with novelizations of famous storylines, such as Mark Waid’s Kingdom Come (by Elliot S. Maggin) or Geoff Johns’s Infinite Crisis (Greg Cox). Sometimes comic book writers pen original storylines in prose, such as the aforementioned Elliot S. Maggin’s two Superman novels, Last Son of Krypton and Miracle Monday, or Peter David’s The Incredible Hulk: What Savage Beast. But on a few occasions the Big Two comic book companies, DC and Marvel, have brought in outsiders, writers that have little to no experience in the floppies, to provide a divergent perspective.

Unpacking these books can bring about some understanding of how they came to be and what both companies hope to accomplish in a different format and market. 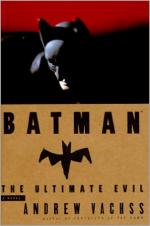 Vachss’s Batman: The Ultimate Evil is an oddity. The author had written for Dark Horse Comics at that point but had no experience with superheroes. Also an attorney dealing with child abuse cases, he was mostly known for his Burke series of hard-boiled mysteries about a PI involved with said subject matter. So naturally The Ultimate Evil sees Batman targeting child sex tourism. Approached by a representative from DC Comics, Vachss accepted knowing this book would reach a new audience. The book itself is stark and utilitarian in its militaristic treatment of The Batman, while its Bruce Wayne is naive to the complexities of poverty and orphaned children falling into lives of crime. Luckily albino social worker Debra Kane is there to enlighten him, with Batman discovering a conspiracy around his parents' murder that ultimately leads to toppling a Southeast-Asian warlord. 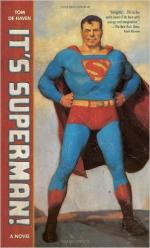 'It's Superman!' by Tom de Haven

De Haven’s It’s Superman is a distinct addition in that it retells the Man of Steel's origin from the beginning, the 1930s. Prior to this, De Haven had been known for his Derby Dugan trilogy, comic-themed novels that got the attention of DC Comics. De Haven was actually approached by DC in 1996 but didn't complete the manuscript until 2005, with caveats in his agreement to write it. He wanted to ground it in a degree of reality, with New York as the main setting instead of fictional Metropolis, and he wanted to deal with real-world concerns like religion, politics, and the social and financial unrest of the Great Depression. The result is a novel that captures the feel of 1935 while having a very modern edge. Much like Jerry Siegel and Joe Shuster's original vision, this Clark Kent fights for the rights of the disenfranchised, with him defending a young African-American man from a mobster in the opening scene. Jonathan Kent also has a falling out with his church over the rights of a Native-American groundskeeper. Lois Lane, meanwhile, is very cosmopolitan in that she drinks, smokes and dates a – gasp! – Jewish photographer. The result is a decidedly adult, but still very enjoyable, pulp reimagining. 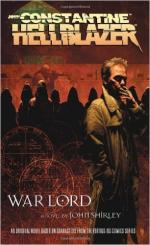 Shirley's Hellblazer duology is a consequence of his earlier adapting of the movie Constantine. The author, who started off with intense splatterpunk works such as Dracula in Love and transitioned into cyberpunk with City Come A-Walkin, even has the blond, British version snark at one point that there's a dark-haired, American analogue of him in an alternate reality. War Lord sees Constantine's soul cast adrift after a visit to an Iranian monastery. This leads to the con man and occultist getting involved in toppling a cabal that plans to raise an ancient demon god that will catalyze the last great war. Subterranean, by contrast, has Constantine investigating a small village outside London that has been swallowed into the Earth. Both novels stay relatively close to the Vertigo iteration at the time, even featuring covers by artist Tim Bradstreet, and Shirley's background adds the necessary grue and attitude to be worthy of the character originated by Alan Moore and made infamous by Garth Ennis. In the end, however, they're both strangely inconsequential in their additions to the magician and his mythos. 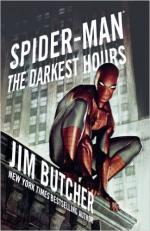 Butcher's Spider-Man: The Darkest Hours is a strange beast. The author, known for his contemporary fantasy series The Dresden Files, sets the book very specifically in the continuity of the time. Peter Parker is a high school teacher that is married to Mary Jane Watson, and the villains of the piece are the three vengeful siblings of Morlun. Morlun, created by J. Michael Straczynski during his Amazing Spider-Man run in 2001, has since been retconned by Dan Slott into being an inter-dimensional enemy of all beings Spider-Man, but when first introduced was a vampire that sucks the life force out of individuals that are avatars for animalistic totems. Spider-Man, of course, was the spider totem. So The Darkest Hours, with its relatively simplistic plot and fidelity to the funny books, only really stands out for being written in the first person. Other than that, Spider-Man is viscerally visual and suffers from a clunky shift to plain text.

Although the already discussed books have mimicked the tone of the comics, reading as suitable for teens but striving for maturity in the case of The Ultimate Evil and The Darkest Hours and embracing the truly R-Rated content of its source material in the case of Hellblazer, there have been recent forays into the young adult world. These works are firmly planted in PG-13 territory. 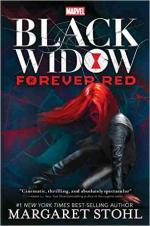 Stohl's Black Widow: Forever Red is Marvel's attempt at capturing The Hunger Games crowd. Stohl is best known for her Beautiful Creatures series dealing with witches and magic, and Forever Red understandably focuses not just on Natasha Romanoff but Brooklyn teen Ava Orlova for audience surrogacy. This is obviously meant to capitalize on the popularity of Scarlett Johansson's portrayal in The Avengers franchise, even quoting her "Love is for children" line from the 2012 movie. The result is a perfectly enjoyable romp that sees the Widow at the height of her spy game but exploring her origins in the Russian Red Room academy. It makes for an accessible read for people that aren't familiar with the comic books, which is really the goal of all these books, and doesn't go out of its way to indulge in superheroics, rather focusing on the espionage angle. 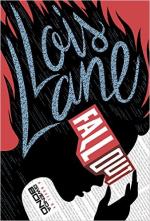 'Lois Lane: Fallout' and 'Double Down' by Gwenda Bond

Finally, Bond's Lois Lane: Fallout is the start of a series that continues with the unreleased Double Down. The former book goes as far as to reframe Lois as a teenage Nancy Drew type. An Army brat that has just moved to Metropolis, it focuses on her attending a new high school, becoming a reporter and investigating a strange video game that affects people's minds. She also receives help from an online friend with the screenname SmallvilleGuy. It's very much aimed at tweens and the Tumblr crowd, and its sequel promises to be along the same lines with Lois digging up dirt on the city's underworld. A well-known IP and with colorful, catchy covers, these books promise to attract young ladies that have probably never even touched a comic book before. The fantastical is kept to a minimum, and the girl power is emphasized, which is all definitely a plus considering Lois is such an icon.

In the end a few make better transitions into novel form than others. Some of these authors, like Vachss and Stohl, present fully formed versions that pick and choose from available traits. Others, like Butcher, embed their stories in the events of the time, contributing to a greater canon. Most successful, however, is those authors like De Haven and Bond that completely depart from the established, finding a kind of platonic truth without fear of contradicting the past.

Either way these attempts at branching out into the literary world are few and few between. The result is usually a rare curiosity for the comic book fan looking for an askew point of view on old stories, or a noob seeking an in with their new favorite character. 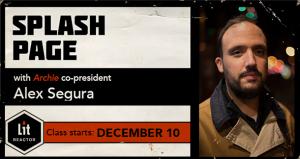