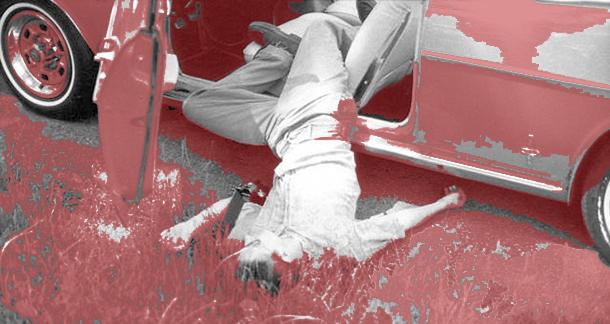 When my kids were little we had a family fun game called “Death Scenes.” We’d gather in the back yard or in the playing fields behind our house—the same fields, by the way, where Peter Jackson shot his matricide movie, Heavenly Creatures—and we’d compete to see who could die the best. Enter alien sniper, medieval archer, Zombie-werewolf, or evil wizard/giant/ogre guy, and… action.  My son’s death scenes were of the running start-spiralling-fall-anguished-yowl-false-alarm-staggering-second-wind-high-pitched-screech-down-but-not-out-oh-wait-feotal-curl-is-it-over-yet-maybe-not variety.  His four year-old sister in contrast went for a speedy demise followed by an unsettling open-eyed stare, and my death involved much thrashing and gnashing and pounding of fists. As the, um, adult I had to make sure that I went for just enough dramatic effect to win my son’s wide-eyed admiration, but not enough to make my daughter cry.

Thing was, I sometimes failed. I mean I failed not to make my daughter cry. I’d try to wink or smile or get up at exactly the right moment to make sure that she knew I was okay, but it was often too late.  By which time her mouth would be quivering, and her brother’s eyes would be clouded over with concern (for her, not me) and Eugene the Killer Dog would be at her side and I’d be lying alone on the grass beneath the great pink expanse of New Zealand sky, just another drop-dead mom.

There are so many death scenes, and so many ways to write them. There are the scenes that focus on the bereaved, on the survivors, and these, to my mind are grief scenes. There are death scenes that focus on the killer, and these, in my book, are crime scenes. Scenes written, yes, to inspire pity and fear, and also to ask questions of our soul, a kind of before-and-after test. But the scenes I’m talking about here, the fictional deaths I really remember, are the ones that focus not on the world left behind, but the world in passing. Scenes that take you along for the ride, but leave you short, alone, not yet dead, but not quite as alive as you thought you were. Or maybe more so. 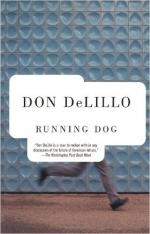 He was attached, in effect, to the man he’d stabbed. He shoved his left forearm up against the ranger’s chest, pressuring forward, trying to withdraw the knife at the same time. The man sagged to the ground, all mash, Selvy slipping down with him part of the way. When he turned, rising with the knife, too late, the other ranger was on him, white-eyed, wincing with every thrust.

He could see sand in the man’s lashes. They held each other briefly. The tension left Selvy’s face, replaced by deep concentration.

What he needed right now was a drink.

I read Running Dog at a formative time. So formative, that it now sits permanently on my desk, dog-eared and bristling with Post-It notes. After traumatised Vietnam vet, Selvy, finally meets his end in the desert, his killer decapitates him and takes the head back to his boss as a trophy. I was in love with DeLillo, and fell hard for Glen Selvy, the idealist, the believer, who hoped in death, to arrive at some kind of final truth, but disappointingly, just feels like a drink. I found it deeply moving and I’ve never forgotten it. 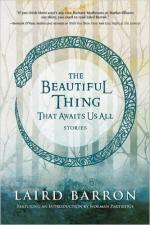 “More Dark” by Laird Barron, from 'The Beautiful Thing that Awaits Us All'

This is a blackly hilarious story of the author who goes to a New York reading at the Kremlin (KGB) Bar, headlined by the infamous L. (Thomas Ligotti ), complete with all the usual suspects,* plus sentient marionettes.  You’ll laugh… you’ll barf.

I picked up the gun and I thought about my dogs that she kept in the divorce and I thought of her as she was when we met, when she told me that it was over, and that disembodied voice replayed in my ear, promising that it would never be over, and I wished I’d run after John, wished that I’d rescued Poe from the trashcan grave and maybe I should put the gun down, and get into the car and go do just that, but in this universe, I’d already squeezed the trigger.

GVG and Michael were right. L and his demon spokes-puppet were right—nothing’s different, nothing changes. Lasts longer though.

The irony and the self-reflexive winks are so thick in this weird tale that it’s a wonder Mr. Barron is able to squeeze any humanity out of it at all. But he does. In spades. Trust me.

*(Nathan Ballingrud is among the many names invoked in “More Dark”. Ballingrud’s The Visible Filth, contains one of the most talked-about endings of 2015. In fact the only reason that death scene is not included here is because it’s still so new, and the more people who experience it cold, before it’s rehashed by the likes of me, the better.) 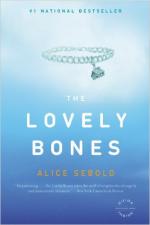 'The Lovely Bones' by Alice Sebold

What I admire about scenes told from the point of view of the being who’s dying is that they give us a glimpse of the undiscovered country, which when seen, can never again be unseen. Fourteen year old Susie Salmon’s death remains, for many of us, one of the most difficult and traumatic scenes ever read or written.

Susie! Susie!” I heard my mother calling. “Dinner is ready.”
He was inside me. He was grunting.
“We’re having string beans and lamb.”
I was the mortar, he was the pestle.
“Your brother has a new finger painting, and I made apple crumb cake.”

I knew he was going to kill me. I did not realize then that I was an animal already dying…

“Tell me that you love me,” he said.
Gently, I did.
The end came anyway. 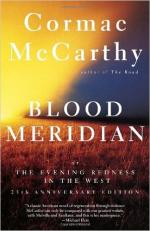 [The Kid] went down the wallboard toward the jakes. He stood outside listening to the voice fading away and he looked again at the silent tracks of the stars where they died over the darkened hills. Then he opened the rough door of the jakes and stepped in.

The judge was seated upon the closet. He was naked and he rose up smiling and gathered him in his arms against his immense and terrible flesh and shot the wooden bar latch home behind him.

'The Haunting of Hill House' by Shirley Jackson

So many death scenes, so little time. Here is a picture of my desk as I’m struggling to finish this article, and it’s not pretty, but deadlines never are… 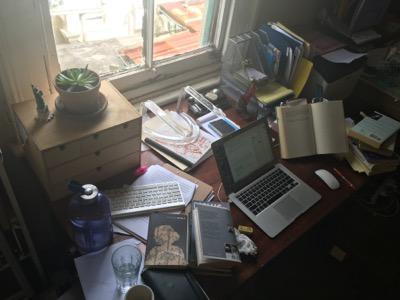 This, after all, is the desk of the mom who traumatised her babies by dying not wisely, but too well, remember? So here’s a lucky second-last from the fairy godmother of death and deadlines, the incomparable Ms. Shirley Jackson:

Journeys end in lovers meetings.... no one will ever say death better. 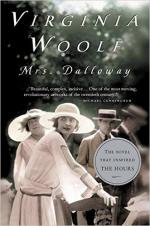 (He sat on the sill.) But he did not want to die. Life was good. The sun hot. Only human beings? Coming down the staircase opposite. an old man stopped and stared at him. [Dr] Holmes was at the door. “I’ll give it you!” [Septimus] cried, and flung himself vigorously, violently down onto Mrs Filmer’s area railings.

Two decades after writing this, Woolf was to take her own life. The suicide of the shell-shocked Septimus Warren Smith to avoid being dragged off (by Dr Holmes) to an asylum, is searing, not just for itself, but also because of how, when she hears about it at her dinner party, Clarissa Dalloway will think of it as act of defiance, an embrace.

Somehow it was her disaster—her disgrace. It was her punishment to see sink and disappear here a man, there a woman, in this profound darkness, and she forced to stand here in her evening dress.

I wrote my forthcoming novel, Aletheia, from the point of view of a not-so-heavenly creature, a monster-mom. Death is a point of view that we can never really know, but the writing of it was, for me, an exercise in trusting the unknowable, in writing that immense and terrible embrace—where journeys end, the lovers meeting. The death scenes I return to are are those written not to redeem or comfort or reassure the living, but as  disasters that we endure long after the end, at our desks or in our party frocks, a disgrace we must embrace as our own.

It's More Than Just Meth Labs and Single Wides: A Rural Noir Primer

Great article, and great books. Nice to see Laird Barron up there with people like McCarthy and Jackson, et al.

Thanks! Glad you liked. Where Laird Barron belongs, imho.

Dino Parenti from Los Angeles is reading Everything He Gets His Hands On April 9, 2016 - 8:53am

So much good stuff here. The article just made me drop a few bucks on "The Visible Filth."

Money well spent, I assure you. Thanks for reading!

A couple of my personal favorite books/writers are in there. Great list. I love the detail of the "sand in the man's lashes."

Yup, it's those details that make the ride a rush. Thanks!

In DeLillo's End Zone, the protagonist and his friends actually play your death scene game. DeLillo really knows how to set up a scene--Amazons (written under the pseudonym Cleo Birdwell), is the ultimate tour de force of awkward sex scenes.