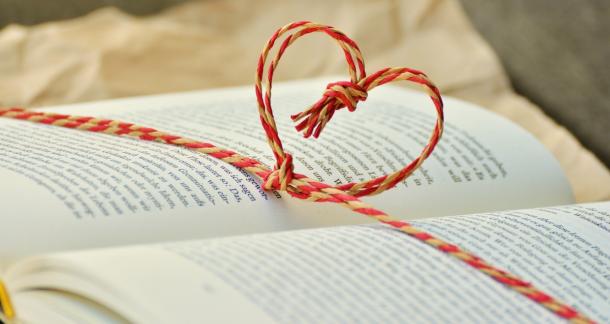 Every reader has their OTP (One True Pairing, in case you’re not down with the slang) in literature. You know, the couple that you swoon for, that you wished and hoped and prayed would get together as you read. Their first kiss gave you all the feels, and you closed the book with a smile, knowing that true love had worked its magic and all was well in the world.

Well, for every perfect couple in literature, there’s a couple that grates on another reader’s nerves. Sure, Romeo & Juliet were sweet and all, but not everybody is down for the be-all-and-end-all of love that leaves everybody dead or mourning.

I got to thinking about it, and who better to ask about couples in literature that just should not be together than writers of Happily Ever Afters? So, here are six authors who believe that not every couple who hooks up in literature should stay together, presenting their personal Couple That Should Probably Break Up Already. 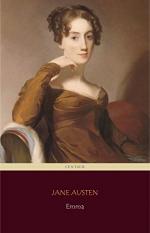 Alright, alright there...settle down people. I love Jane Austen just as much as you do.

Yes, really. My only exception is her book, Emma.

I thought there was a chance I didn't like them as a couple because my brain may be permanently damaged by watching Gwyneth Paltrow play Emma in the film version. If you are not aware by now, Ms. Goopity Goop is Queen of the Ninnies. Like Emma, she tries to disguise her astounding levels of self-absorption by masking her opinions and behavior in the guise of 'I know best' and "it's for your own good."

So I perused the book and not only did I discover that Austen's Emma is almost as annoying, whiny and exhausting, but I fell out of love with Mr. Knightly as a hero. Turns out, I was so enamored with Jeremy Northam as Mr. K in the film version that I'd forgotten what the real character was like in the book. Well, after reading some of his nuggets, let me tell you....he's one uptight shitgibbon. Yeesh, I don't know about you, but there's a fine line between giving someone tough love and just being a critical ass. He was right in a lot of what he said, but idk...still rubbed me the wrong way.

Add, what...seventeen years of an age difference and I'm thinking Emma has some serious daddy issues.  And Mr. Knightley's a bit of a creeper.

I have one exception that must be mentioned: I may not like the couple in the book or in the Paltrow film version, but I love...let me emphasize LOVE LOVE LOVE Amy Heckerling's version of Emma in her film, Clueless.

Clueless was a masterpiece.

Alicia Silverstone as Emma was charming, entertaining and infectious.

Paul Rudd as John Knightley was engaging, funny and crush-worthy.

Clueless is in my top ten favorite movies of all time and Heckerling redeemed the Austen classic. So there, I'll end of a high note. 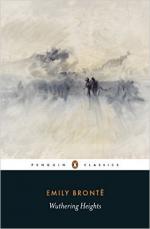 While Heathcliff has all the makings of a hot broody hero, Catherine is just mostly awful, and they bring out the worst in each other. They even go so far as to marry other people while wishing they could be with each other instead, which only adds to the toxicity of their relationship—talk about needing an intervention. Someone needed to sit down and tell Heathcliff he could do way better, and then he needed to actually try to love someone else for you know, not revenge purposes. If only he’d had Mr. Rochester from Jane Eyre to give him some tutelage on how to do tortured and broody right, then maybe Wuthering Heights could’ve had a cheerier ending, instead of one that was all death and vengeance. 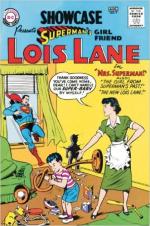 Superman and... that annoying reporter who keeps throwing herself into harm's way because she knows Supes will drop everything to get to her in time.

Really! Think about it for a minute — here you have a pair of reporters who seem to never turn in their stories on time because one keeps jumping into closets or out of windows to save the world (excusable to a degree), but then you have Lois Lane, who is not only inept enough not to recognize Clark Kent is Superman but also gleefully runs into danger knowing all she has to do is cry for help and he'll come save her. Even if he's on the other side of the world pulling people out of an overflowing volcano, one scream from Lois and he'll come running. So not only does she take advantage of him as a personal human shield, she doesn't have any of the investigative urges of a good reporter to see Clark Kent is actually Superman. She's taking advantage of him and his good heart and it needs to stop! 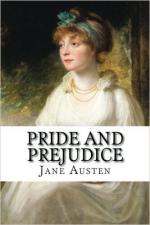 I know this is an unpopular opinion, but I’ve never liked Mr. Darcy for Lizzie in Pride and Prejudice. He’s a jerk to her throughout the book, and if you ask me, he didn’t do nearly enough by the end to win her over. Not enough groveling for my liking. Lizzie deserves better.

And let’s take a minute to talk about that quote everyone puts on coffee mugs and scarves.

In vain I have struggled. It will not do. My feelings will not be repressed. You must allow me to tell you how ardently I admire and love you.

The subtext of this seemingly romantic confession is basically, “I don’t want to feel this way because you’re so far below me socially.” Not. Romantic. Please, for the love of all things literary, stop putting it on everything. Ugh.

—Tonya Burrows, Romance author of Too Wilde to Tame and the Wilde Security Series 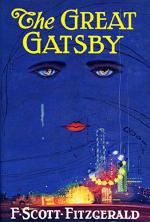 Jay. We need to talk. It’s about Daisy. I think you know what I’m going to say. I understand. I really do. She’s your first great love. That can be hard to let go of. And sure, she’s beautiful and her voice is full of money and all that. But did she wait for you to come home from the war? You might be thinking she HAD to marry Tom Buchanan, but she didn’t. She actually loves that guy. They get along great as soon as Daisy kills Tom’s mistress. Oh yeah, that’s right. She MURDERS someone, Jay. And then eats fried chicken with her husband while you hide in the bushes. It’s time for you to leave Daisy and leave Long Island. At the end of Chapter 7 would be perfect, but at the beginning of Chapter 8 at the absolute latest. Otherwise, you’ll end up floating face down in your pool, and spoiler, Daisy will not be coming to your funeral. You’re the GREAT Gatsby, Jay. Who’s better than you? No one. Find a new girl. While you still can. 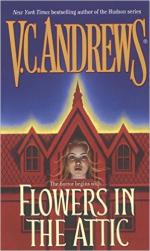 6. Cathy and Chris from 'Flowers in the Attic'

My choice for the worst couple in literary history is Cathy and Chris Dollanganger from Flowers in the Attic. Because, well, incest is really unsexy. I mean, they are completely traumatized and unstable from being imprisoned in an attic for several years by their murderous mother and sadistic grandmother, so they're clearly not able to make wise choices. Plus, incest is grody. Because they've lived in the attic, they haven't gotten to date a whole lot. There's a ton other non-blood-related fish in the sea. Non-incestuous fish. And incest is nasty. And, really, Chris basically rapes Cathy. Even though she's really understanding about it, it's definitely not okay. Falling in love with your rapist brother is not a healthy response. And lastly, I'll just leave you with this: incest is super-gross.

—Dusti Bowling, Young Adult author of Insignificant Events in the Life of a Cactus

As you can see, authors who write swoony relationships and Happily Ever Afters have rather strong opinions as to what constitutes grounds for those HEAs. Who in literature do you think should just break up already?

Joshua Chaplinsky from New York is reading a lot more during the quarantine February 23, 2017 - 12:51pm

Haha, Flowers in the Attic. Brilliant.