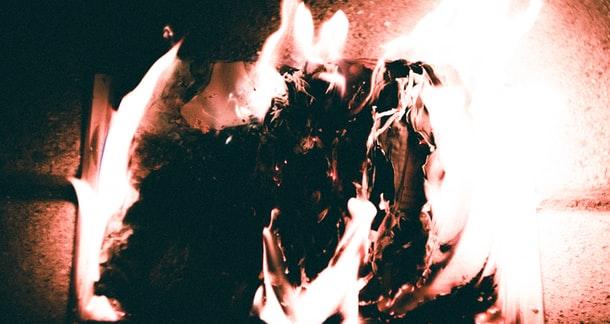 When we think of banned books, it’s often dramatic book-burning scenes or obviously controversial books like American Psycho or The Satanic Verses that first come to mind.

However, the American Library Association’s annual banned books stats include any books that have been ‘challenged’ — which can mean anything from a single complaint at a local library to a policed nationwide ban! This year’s Banned Books Week in particular runs on the theme “Books unite us. Censorship divides us.” The event aims to highlight the value in reading books that go against the status quo and encourage us to make up our own minds. From classic American literature to an adorable children’s book, these six books demonstrate exactly why it’s important that we celebrate our right to read. 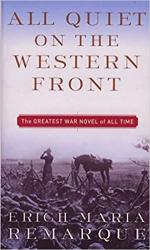 1. "All Quiet on the Western Front" by Erich Maria Remarque

German World War One veteran Erich Maria Remarque wrote All Quiet on the Western Front (Im Westen nichts Neues), now a classic history book, to express the extreme physical and mental stress soldiers faced during the war. Just 18 months after its 1928 publication, 2.5 million copies of the book had been sold in 22 different languages. However, when the Nazis rose to power in 1933 the book, and the American-made film adaptation, was one of the first of many to be banned in the party’s attempt to indoctrinate the population. They deemed Remarque too big a critic of wartime Germany and feared it would stand in the way of their rearmament programme. Even after the war, certain scenes were cut from the film when it returned to German cinema screens and it wasn’t until the mid-1980s that the full, unabridged film was released.

Get All Quiet on the Western Front at Bookshop or Amazon 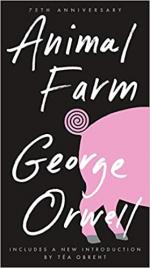 Ah, Animal Farm. For anyone who hasn’t yet encountered George Orwell’s seminal 1945 novel, I wouldn’t blame you for wondering right now: Are you being serious? Why was a story about cute pigs on a farm being banned all over the Soviet Union? Well, reader, you are in for a ride! Animal Farm might, on the surface, be about farm animals, but still waters run deep, as they say. Orwell actually wrote it as a cutting, politically-charged satire meant to mirror the events that led up to the Russian Revolution of 1917 and eventually resulted in the Stalinist era of the Soviet Union. The book’s two principal pigs — Snowball and Napoleon — are allegories of Joseph Stalin and Leon Trotsky, respectively. Though both engineer the revolt against their human farmer, they then have different approaches to running the farm and its citizens afterward.

As you might be able to guess, the Soviet Union was not particularly happy that Orwell had cast its supreme leader as, well, a pig. Animal Farm was banned in the USSR until the 1980s. And today, it is still banned by the United Arab Emirates, though for a different reason entirely — the UAE objects to its depiction of pigs, which goes against Islamic values.

Get Animal Farm at Bookshop or Amazon 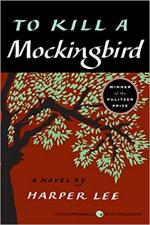 3. "To Kill a Mockingbird" by Harper Lee

A frequent addition to the ALA’s banned books list, Harper Lee’s To Kill a Mockingbird is widely challenged for its use of racial slurs and depiction of a ‘white savior’ narrative, and the 2021 list is no different. The book follows the story of Tom Robinson, a black man who is falsely accused of assaulting a white woman. It’s simultaneously one of the most banned books and most taught books across American schools, as well as a common recommendation in lists of books to read before you die. One side argues that its attitudes towards race and justice are too outdated to use it as teaching material, while the others suggest that it can still be taught as long as the antiquated value system is highlighted.

Get To Kill A Mockingbird at Bookshop or Amazon 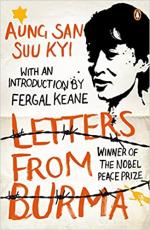 Letters from Burma is exactly what it says on the tin—a collection of articles that its author, Aung San Suu Kyi, wrote in Burma in 1995. Yet it’s so much more than that, not least because of the towering figure of Aung San Suu Kyi herself: activist, politician, diplomat, Nobel Peace Prize laureate, and a key figure in helping Burma transition from military junta to partial democracy between 2011 and 2015. Her grace and strength here shine a much-needed light on a range of topics, from the light (Burmese music, Burmese festivals, dance, how to drink tea) to the heavy (daily life in Burma under a military regime, the economics of income inequalities in Burma, and the precarious political situation in Burma). Banned in Burma due to its political content, Letters from Burma is a must-read for anyone anywhere else in the world who wants to learn more about this astonishing (and ever more tumultuous) country.

Get Letters from Burma at Bookshop or Amazon

5. "And Tango Makes Three" by Peter Parnell and Justin Richardson

The American Library Association cited And Tango Makes Three by Peter Parnell and Justin Richardson as the most frequently challenged book from 2006 to 2010. It’s a children’s book based on the true story of two Central Park Zoo penguins who form a family. Let me repeat that — it’s a children’s book about penguins and it was the most frequently challenged book in the US for four years. It has come under fire because the two penguins, Roy and Silo, are both male, putting it at the centre of debates surrounding same-sex relationships and adoption. Critics of the book label it ‘anti-family’ and even claim that the cover is deceptive because you can’t tell that both the penguins are male. However, the book has also been celebrated as a way to introduce diverse families to children and many of the claims to school boards and libraries to place controls on the book were ultimately rejected.

Get And Tango Makes Three at Bookshop or Amazon 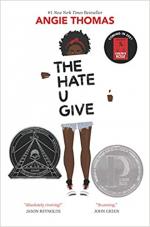 It’s almost hard to believe that a book that topped the New York Times bestseller list for 50 weeks has also made the ALA top 10 banned books list on multiple occasions. Angie Thomas is one of a growing number of Black American authors facing increasing backlash over recent years with the growth of the Black Lives Matter movement. The Hate U Give follows black teen Starr Williams after she witnesses police shoot and kill her unarmed friend and deals with themes such as racism, poverty in the US, and police violence. In late 2017, just months after its publication, the book was banned in the Katy (TX) school district over claims of ‘profanity’ for discussions of drug use and sex and that it promotes an ‘anti-police’ message.

Thomas has fought back and says she feels ‘empowered’ by the ban to tell her stories even louder. The Hate U Give embodies so much of what Banned Books Week is all about — it aims to unite anyone who reads it and bridge divides across society.

Get The Hate U Give at Bookshop or Amazon

So, what are you waiting for? It’s time to go and put your right to read to good use!

I love these forbidden books :)

Wow! I really liked the description of these books. This is much more interesting than what we are required to read in college. There are mostly boring books that I don't like at all. However, I need to perform tasks on these books, so I decided to use https://edubirdie.com/speech-writing-service to perform tasks that I can't do myself. I found this resource a long time ago and use it from time to time to save time or effort and spend it on things that really interest me.

I discovered this resource a long time ago, and I occasionally utilize it to save time or effort so that I can invest it in friday night funkin activities that truly interest me.

I really love reading your blog. It is very well drafted and easy to understand. Thanks very much! If you have more time, please enjoy this also

Wordle is a web based phrase recreation and you'll take part in it at wordle game. This can be a very enjoyable recreation that's easy to play and, like a crossword puzzle, can solely be performed as soon as a day. Each 24 hours there's a new phrase of the day and you must work out what that phrase is. The positioning itself does an incredible job of explaining the foundations.

You should also participate in canuckle, one of the most exciting games out there.

And Tango Makes Three by Peter Parnell and Justin Richardson was named the most challenged book between 2006 and 2010 by the American Library Association. A family of penguins at the Central Park Zoo is the inspiration for this children's book. retro bowl