Have you ever wanted a writing space that was completely your own, segmented away from all others parts of your life? Maybe it would be purposefully disconnected from any Internet service, or far enough away from your normal stressors that they could begin to feel distant. These authors created exactly that; a small, private hut or cabin that reflected both their words and personalities in a physical space. 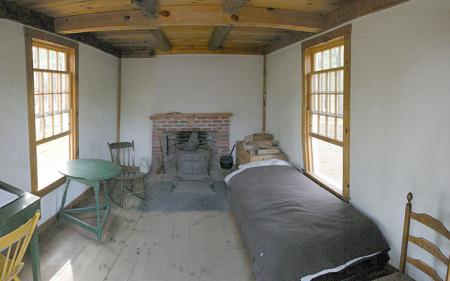 Yes, I know that you know about Thoreau's one-room cabin. But I've stood inside the replica that sits by Walden Pond and I have to say, it's a great writing shed even by modern standards. Dry, cozy, with near pristine views of the pond, it would also be a great place to take a nap. It cost Thoreau $28.12 to build back in 1845 out of hand-cut and recycled materials. Tiny house designer Simple Solar Homesteading has some plans for constructing a similar cabin for about $1,000 in today's cash if you're feeling ambitious and want to recreate the transcendentalist experience. 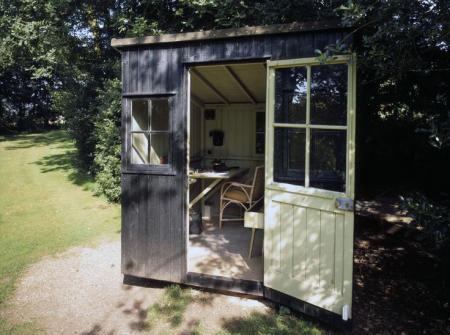 Playwright George Bernard Shaw built a specialized hut that actually rotated with the sun, allowing him to catch the best possible natural light at any time of the day. It also came equipped with a phone line specially designed to allow only outgoing calls. He spent the last 20 years of his life working in the spinning hut, where he produced works like Pygmalion and Androcles and the Lion. It remained stationary for many years after Shaw's death, but was restored to its former spinning glory in the 1990s. 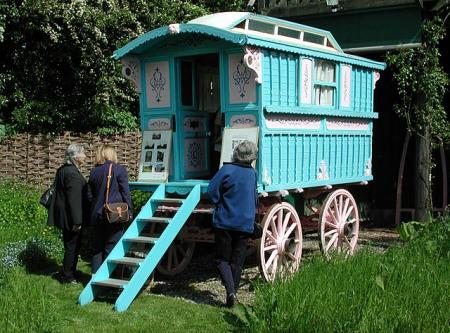 Roald Dahl had a tiny cottage he called “Gipsy House,” where a piece of his own removed hip bone and a ball of candy bar wrappers he'd collected since childhood were on display among the memorabilia. In 2012, the hut and all of its contents were carefully moved from Dahl's garden to the Roald Dahl Museum in Buckinghamshire. He also had a separate wheeled caravan where he wrote Danny, The Champion of the World in 1975. 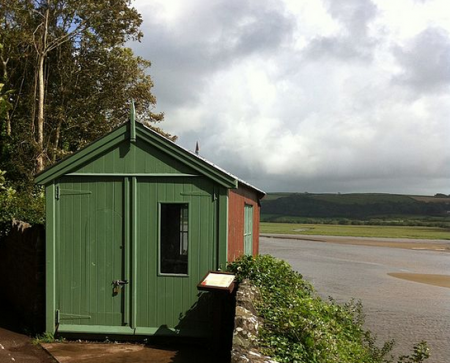 The poet Dylan Thomas wrote in a small shed above the Boathouse in Laugharne during the last four years of his life. As in the case of Thoreau, the original structure has been replaced with a replica. "Do Not Go Gentle into That Good Night" and "Over Sir John's Hill" were written in the shed, which was filled with newspaper clippings and cigarettes and gave Thomas a vivid view of the estuary of the River Taf.

The food writer details how he built his own hut in this New York Times column and in A Place Of My Own: The Architecture Of Daydreams. Pollan writes that the “simple, classical arrangement of posts and beams, their unweathered grain glowing gold in the last of the day’s light, stood in sharp relief against the general leafiness, like some sort of geometrical proof chalked on a blackboard of forest. I stopped for a moment to admire it, and filled with pride. The proof, of course, was of us: of the powers—of mind, of body, of civilization—that could achieve such a transubstantiation of trees.”

Do you have a writing shed that you use as a workspace, or is your shoebox of an East Coast apartment close enough? (If so, we're in the same boat). Let us know in the comments!