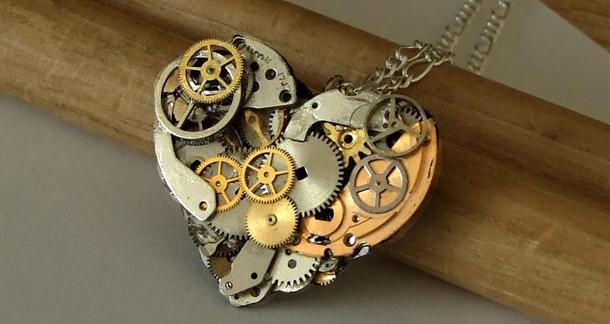 I remember the first time I fell in love with a character in my writing. There I was at two in the morning, typing the last few words of my first ever novel-length manuscript, when it hit me. I didn’t think I could live—or write—without him in my life.

After I wrapped up the book, a sense of melancholy overtook me. There would never be another character like him whom I connected so deeply with from the start. And that realization became a self-fulfilling prophecy of sorts; from that point forward, every character I wrote (or tried to write) felt bland compared to him. No matter how long or hard I typed, I always felt partially removed from that emotional bond I had with the character in that first manuscript.

If I couldn’t love my characters, how was an audience supposed to?

The slump took me years to get over. During that time, I wrote five more manuscripts, all of which never saw the light of day. After all, if I couldn’t love my characters, how was an audience supposed to? Writing became mechanical; I could manage the logistics, but never the emotion. And then one day, as I sat staring at a blank Word screen and musing on how the block would be the death of me, I realized things had to change. The question then became: How?

I’ve always been a hyper-organized writer, so I began with the most logical step. Brainstorming and outlining are great tools for story building, so why not apply them to characters? After much drafting, I came up with a list of tools I could use to develop a character I could actually connect with. In theory they were great, but only a handful ended up working. Those are the ones I’m sharing with you today—the same exercises that helped me move past my relationship with that first great character, and onto greener pastures.

Whether your inability to connect with your characters comes from that empty void in your soul after completing a project you’re profoundly connected to, the fear or reality of rejection, or just plain writer’s block, this list of simple exercises may help you find love with another character once again.

1. Write the character before the book

Ideas for stories can strike a writer at just about any time or place—and we often feel compelled to wait for this moment of epiphany before setting our fingers a-typing. After forming that story idea, we then branch off from there, creating characters that fit into the predetermined mold. This works well for most, but if you’re suffering from what I refer to as “character block,” it may not be the best path to take. By forming characters second, you’re limiting them to the confines of what the story requires of them. The first step I took to get over my slump was to toss that notion into the trashcan and begin forming my characters first. Focusing on the players before the game gives you limitless potential for creating the type of character you can fall in love with. Once you complete that, the only thing left is to build a story around them, instead of the other way around.

You’ve probably heard this advice as a general writing tip already. The best characters are the ones that are well thought out, and giving them history helps to do that. When suffering from character block, this tip becomes even more important. It’s vital to give your players a life before the story, and to record those details in full. Knowing a character’s background—even if that information never actually makes it into the final word count—builds a bond between writer and player. You become privy to both the best and worst times in their lives; you know them in a way no one else does. Both of those factors are the same things that turn a real-life acquaintance into a best friend, so why not apply them to fiction?

3. Write about your character outside the realm of the main story

Falling in love with a character usually takes time, just as it does in the real world. Unless you’re lucky and tumble head over heels at first sight, getting to know your character can be a slow process. This is why dipping your toes in the water before jumping into the pool is good advice. Writing flash fiction or short stories about your character prior to throwing them into the main manuscript helps you flesh them out and learn about how they move, act, speak, and think. By the time you sit down to write the project you originally built them for, you’ll know that character better than ever, and the words will come to you more easily.

4. Torture the hell out of them

The best books put their characters through the ringer over and over again. This type of abuse gives both the reader and writer sympathy for their plight. In turn, sympathy leads to a very basic human connection with the player in question. You grow to care for them, and become invested in whether or not they come out the other end of the story alive. Challenging a character is a great way to evoke emotion for them.

5. Live vicariously through your character

There are always experiences we wish we could have that will never happen in our lifetimes. This is a sad fact of life, but luckily as writers, we can transcend our own circumstances through our characters. Always wished magic was real? Make your character a wizard. Did you have a childhood dream of becoming an astronaut? Your character can visit the far reaches of the solar system in the span of a couple pages. Putting your players in situations you want to experience yourself can be both therapeutic to your psyche and beneficial to strengthening your bond with your characters.

Do you have any tips or tricks you use to become more connected to your characters? List them in the comments section here so that others in the LitReactorVerse can learn them as well!

I love this column! This kind of stuff is my bread and butter - I always start with a character long before I ever get to a situation. My first novel was basically 4 and 5 combined, right down to the astronaut thing [/shameless plug]. I write to create characters. The rest of what creates a story I sometimes think spoils the fun, apart from the inevitable plot twists I can never resist, but even they always revolve around the people.

I actually pretended to be one of my characters in Starbucks once while visiting a town where nobody knew me, right down to trying to chat up the baristas by offering to buy them coffee. It didn't get me laid or even on a date, but at least they smiled, and I hadn't had so much fun in ages. If I ever finish that book I hope it finds its way into their hands someday.

I used to have this technique callled the Therapist In The Room Effect. It's a short condescened dialogue based interview between therapist and patient. Then when they reach a point they can't answer, this is where the plot kicks off. I will have already known a little bit about the character, without wasting time with an overly extensive interview process.

This goes from the old logic that my characters were psychologially damaged.

I'm still trying to disect that old technique to see if that still has relevance to my own current writing style though.

Note in my experience this mainly works for short fiction. For a novella like piece, I'd need multiple therapist in room effects for different characters.

Great column, and great reminders. Though I always have a story idea first, I always craft a bio of each main character before I start writing, and often that shifts the original idea of the story, usually for the better.