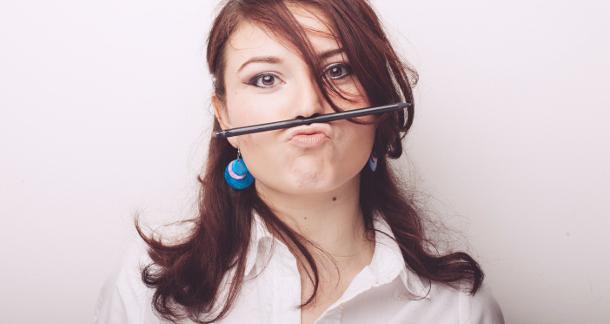 It was mid-October when I realized I wasn't going to complete NaNoWriMo this year. I looked at my work calendar for the next month, did some quick word count calculations, and knew the jig was up before it began. At the moment, I'm a sad 2,000 words deep and falling further behind every day.

So why did I decide to participate at all if I knew in advance that it was a lost cause this year? Because those 2,000 words are still more than I normally dedicate to a personal writing project on any given week in the year. There's something to be said for the community spirit and collective drive of NaNoWriMo, and even half of the 50k word goal is still writing experience. Not everyone finishes NaNoWriMo every year and that's okay. Instead of lining the hamster cage with pages of your unfulfilled potential, take a moment's breath to sit back and evaluate.

Nothing lost, nothing gained. Mistakes are valuable even when we acknowledge them as mistakes.

Workshop the piece as is, serialize it on a blog, or stick it up on Wattpad. Why the hell not? It's something you already put effort into. Opening it up to the world might give you something back in the form of useful criticism. Right here on LitReactor is as good a place to start as any. It could be just the right thing for getting past a troubled area that kept you bogged down during November.

2. Chop it into bits

It's entirely possible that you thought you were setting out to write a novel, but what you've actually got is a short story, or a collection of short stories. Maybe even a series of poems. Look for the seams in the plot where everything is held together. If you rip those apart, would there still be whole stories in the pieces?

According to the NaNoWriMo 2015 Press Release, over 300,000 writers signed up for the event last year. Of those, 58,917 participants hit their word goals by the end of the month. That leaves you with hundreds of thousands of possible collaborators on the NaNoWriMo website alone who never finished their novel either. Working with other writers to produce a single draft may feel a bit like running a tandem foot race at times, but it can also be fun and a lot less lonely than the usual writing process.

4. Allow it to stew for a while

But write the ending first. This advice comes from a person who has many, many unfinished manuscripts withering away in folders. Take extensive notes on where you want the plot to go, make character development charts, and draft a final paragraph even if you change it later. That way, when you finally sit down to work on the manuscript sometime in January, you won't be starting up again from square one.

Okay, if none of the alternatives seem worth it...go ahead and line that hamster cage. Cold weather’s coming up. Save your NaNo manuscript to start a fire, or use it to make placemats for the Thanksgiving table. Burn the sucker and don't let it drag you down (okay, yes, you probably have to print it out and then burn it, and you'll still have a saved file somewhere. It's cathartic, trust me). Productivity is motion and sometimes that means knowing when to throw in the towel on a failed project. Nothing lost, nothing gained. The point is, mistakes are valuable even when we acknowledge them as mistakes.

Well like mine turned out as neither a short story collection or a novelette, but rather both.

Edit: Also just circumvented my need for crowd-publishing altogether. What I have made is the first generation of MintPad, named after the first Lunux Distribution I am experimenting with. Here it can link to your stories or newsletters. And unlike other crowd-publishing places does not need online to read users content--it's self-hosted on your own machine. The only issue is using Github, which isn't decentralized.

I hope eventually other authors could create their own Linux Distro Pads, and share the source code. This way there is no central authority that can say now. It is self-publishing in the truest extent.

I'm going to use the erotica I wrote for NaNoWriMo (back in 2013) as place mats for Thanksgiving. Thanks for the idea! It'll be a great conversation starter with the fam. Hahahahaha, just kidding. :)

SammyB, that is perfect. I might write some erotica just for Thanksgiving now.