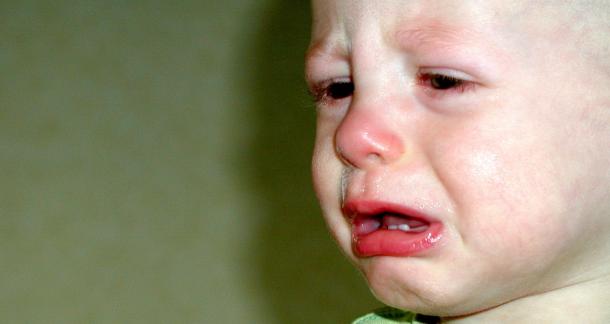 Alrighty, so you all know I love crime fiction, right? I mean, I really wouldn't have much of a career without it, so obviously I'm pretty nuts about it. But, there are certain aspects of the crime fiction community (which I also love) that I find just a wee bit annoying.

Okay, really, it's just one thing that I find bothersome, and here it is: For some reason, the crime fiction community kind of views itself as a dopey, overweight 15-year-old kid with bad skin who mumbles at you incessantly about how cool Radiohead is, and they tell you how much you suck if you don't like Radiohead, too. Oh, and said metaphorical 15-year-old also gets really upset when, after they've vehemently made all their arguments about how cool Radiohead is, you're still not into Radiohead as much as they are.

1) Stop Feeling So Goddamn Sorry For Yourself

To the outsider, it may seem like the crime fiction community has a chip on its collective shoulder, and, yeah, it started out that way. Here’s the quote that kind of started the whole thing from Saint Raymond Chandler:

… that snobbism which makes a fourth-rate serious novelist, without style or any real talent, superior by definition to a mystery writer who might have helped recreate a whole literature.

Chandler was being a little bit pissy about English critics and writers who discounted his work and the work of his fellow crime writers (Okay, quick tangent about UK critics. Yes, I know many consider the UK to be the birth place of literature, and I know that they do offer the richest literary prize in the world, but critically speaking, they’re 15 or 20 years behind the curve. So, let’s go ahead and just start discounting what publications like the Guardian have to say about literature as a whole, particularly when it comes to “genre” fiction.), and what he was saying was right. But the thing is, this little chip that Chandler was daring critics to knock off was adopted by the entire crime fiction community, and this little chip seemed to grow and grow until it became this giant weight that started weighing down the community and stunting its growth.

For some reason, the crime fiction community kind of views itself as a dopey, overweight 15-year-old kid with bad skin who mumbles at you incessantly about how cool Radiohead is.

Now that giant weight is nothing more than an enormous pain in the ass. Any time someone criticizes the genre we go absolutely apeshit. Remember when Jeffery Eugenides said he didn’t like detective fiction? Holy shit, I seriously thought the internet was going to break with all the crime writers great and small pumping out blog post-after-blog post just to shit on Eugenides and defend crime fiction. Now, mind you, Eugenides didn’t say crime fiction, he said detective fiction, and to be blunt, I’m not a huge fan of detective fiction, either. Most P.I. novels just aren’t my cup of coffee.

The latest kerfuffle was when Richard Price said some somewhat crappy things about crime fiction. Once again, I thought the internet was going to break because we felt the need to defend the genre instead of just pointing out that Price has been making a pretty decent living writing nothing but crime novels over the last 30 years. We can say the same thing about Daniel Woodrell when he says he doesn’t write crime fiction, he writes fiction with crime in it. I mean, what the fuck?

The point is, these are the hang-ups of individual writers and how they’re perceived. As a collective community we don’t need to defend it anymore, because as literature, crime fiction is so engrained in our culture that probably 50% of “contemporary” novels being released qualify as crime fiction. So let’s just go ahead and drop the weight and move on.

2) Stop Shitting On Other Genres/Writers

Really this is just an extension of point #1, but it has become a bit of a pet peeve of mine, and I’ve written about this before, and chances are I’ll write about it again, such as right now.

Whenever an article comes out such as 5 Novels That Deserve To Win The Pulitzer or The 20 Best Novels Of The 21st Century, inevitably a crime writer or two will jump on the social webbies to shit all over the article and the books included on it. And I get it, it’s a reactionary, low self-esteem thing, and you know what, if you’ve read the books included on these lists, and you can offer an educated assessment about the books and authors, then awesome, shit away. But, you know what, 99.9% of the writers passing down judgment haven’t read them and never will.

But I will remind these pissy writers that this whole writing thing is really hard no matter what you write, and that shitting on something or someone because of perceived slights is pretty counter productive, and flat out narrow minded. Yeah, I know I'm wasting ink stating this, because assholes are always going to be assholes.

You know, I can say this about just about every literary gathering from AWP to Worldcon. Going to lit conventions is expensive, but it would be kind of nice if the organizers of Bouchercon and Left Coast Crime would make things a tad more affordable so I can spend more at the bar when I’m able to go.

Quick poll: How many of you count Shakespeare as their biggest influence? How about HG Wells? Anyone? Anyone?

Yeah, most writers aren’t going to name Wells or Shakespeare as being huge influences because even though they’re vitally important to literature, their work is extremely dated and the writers who’ve come after them and were directly influenced by them have added so much more to the conversation.

Now, quick poll of crime writers: How many of you count Raymond Chandler as major influence? Wow, there’s a lot of you, and considering that Chandler’s been dead for nearly 60 years, it seems like his influence should’ve waned just a little bit over the decades? But, nope, it hasn’t, the rotting corpse of Chandler is still here and stinking up the joint. Maybe it’s time as a community that we lay the old guy to rest and start worshiping folks like Crumley or Highsmith or Lippman? Just an idea, folks.

Yeah, I really don’t have anything else, so just go back to writing, or whatever.

What do you think? Do crime writers have a point, or should they shut up?

"But crime writer, I don’t have a big beef with being called a crime writer. I’ve never written a book where the crime was more important to me than the characters.

But if the writer part came first, it would be a more accurate description of my books. Because with crime writer, the term suggests that the big whoop in the book is going to be the crime and with all my books, the crimes aren’t central. They’re about human beings fucking up."

That's Woodrell in an interview with, wait---you! In LITREACTOR, even.

@Big D - It certainly was, but in later interviews and appearances Woodrell stated he doesn’t write crime fiction, he writes fiction with crime in it. And don't get me wrong, I love Woodrell to the point of worship (same thing for Price), and I'm not meaning to call him out, I'm just using the verbage as an example.

I think Woodrell is just being accurate about his own books, and perhaps he doesn't care to brand himself as you would have him branded---so what? Or in your terms, What the fuck?

@Big D - You're not getting an argument out of me, and if that's how Woodrell (Or Price for that matter) wants to have it, then I'm perfectly fine with it. Personally, I'm not hung up on genre: It's either a good read or it's not.

@Big D - You're not getting an argument out of me, and if that's how Woodrell (Or Price for that matter) wants to have it, then I'm perfectly fine with it. Personally, I'm not hung up on genre: It's either a good read or it's not.