5 Things the Grammar Nazis Get Wrong 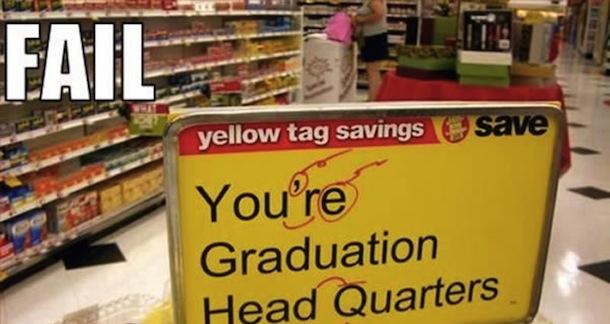 Every writer knows a Grammar Nazi. Maybe this person is a retired English teacher, a long-ago English major, your dear Aunt Eleanor, or even (lucky you!) one of your readers. Regardless, the Grammar Nazi's chief mission in life seems to be to point out all the many ways that you, the writer, have failed to master the English language.

To be fair, every writer is a bit of a Grammar Nazi at heart. We are a people deeply pained by unnecessary commas and apostrophes, misplaced modifiers and errant homonyms. But most of us understand that some of the rules that govern grammar and usage are more binding than others—and that the English language, like any other, is constantly in flux. Not so the Grammar Nazi.

Which is why, as a professional editor, I love nothing better than to be taken to task by such individuals on any of the following.

Old-school Grammar Nazis will tell you that the male pronouns (he, his, and him) are universal, and therefore should be used in any sentence in which the subject's gender is unspecified or unknown—as in, "Anyone seeking to improve his writing skills should read Strunk and White's Elements of Style." Younger Grammar Nazis will insist on the more inclusive he or she, his or hers, and him or her. But the former is (obviously) sexist, and the latter can result in sentences so convoluted even corporate executives would blush—as in: "Anyone seeking to improve his or her job prospects should take it upon his- or herself to improve his or her writing skills."

Most of us understand that some of the rules that govern grammar and usage are more binding than others—and that the English language...is constantly in flux.

Clearly, we need a gender-neutral pronoun. We're working on that. But until we have it, there's singular them: as in, "Anyone seeking to improve their job prospects should take it upon themselves to improve their writing skills." It's not the worst fix, for the time being—and, as Ursula K. Le Guin points out, it has been in use since the time of Shakespeare.

2. Ending with a Preposition

Of course, those recast sentences are all perfectly correct. But they're also far enough from conversational American English that if you use such constructions in your prose, you will affect a rather formal tone. That's appropriate for academic papers and business writing, but in fiction and creative nonfiction, where voice is king, such ultra "correct" constructions may simply sound wrong, and there's a very good chance they're unnecessary.

3. Beginning with a Conjunction

Many of us were taught in elementary school that it was incorrect to begin a sentence with a coordinating conjunction (and, but, for, nor, or, so, or yet). But like the rule about only wearing white between Memorial Day and Labor Day, this rule is now pretty seriously passé. Not only would you be hard-pressed these days to find a style guide that prohibits it, Grammarist points out that it's increasingly difficult to find writing of any sort, no matter how formal, that does not make use of such constructions.

So go ahead, begin a sentence with a coordinating conjunction. And while you're at it, wear white on Easter, eat with your elbows on the table, and slurp your soup. It's freakin' 2015.

The heat of the moment. The sparks in her eyes. He could feel it all, but he wasn't about to light himself on fire. This series of sentences is likely to be flagged by your Microsoft Word program, and not because it's bad writing but because it contains sentence fragments. Yet prose containing sentence fragments is perfectly acceptable to nearly any publisher of fiction or creative nonfiction these days. Why? Because fragments can create an artistic effect.

An artistic effect is generally frowned upon in more academic work, so whether you can make use of sentence fragments will depend largely on your genre. But if you're writing creative prose and an editor tries to recast the sort of example I supplied above as a single sentence, feel free to politely stand your ground. (But if they suggest using fewer cliches, I suggest you listen.)

5. Hyphenation, Spelling, or Really, Any Other Issue at All

Is it goodbye or good-bye? Okay or OK? The cat that ate the mouse or the cat which ate the mouse? The answers to these questions can depend on which dictionary and style guide you're using, or even which continent you happen to be standing on—a fact that many Grammar Nazis seem unaware of.

The bottom line here is that in many cases, there is not actually one correct way, only ways that are generally agreed on as correct by the people you're attempting to communicate with. Which is why it behooves you as a writer to understand the conventions of the genre you're writing in, along with its preferred style guide and dictionary. (For instance, Associated Press is the standard for journalism, while the Chicago Manual of Style is generally used for fiction and creative nonfiction.) Understand too that if you're doing creative work, you can generally bend the rules in ways that serve the story, as long as you're not introducing the potential for confusion.

And if you encounter a Grammar Nazi who refuses to buy any of this, may I suggest the definitive takedown by David Foster Wallace, "Authority and American Usage."

10 More Words You Literally Didn't Know You Were Getting Wrong

Good column; the sentence fragments thing is the main reason I turn off the MSWord grammar checker. The other reason is that it's basically just as useless as a grammar Nazi in a writer's workshop. I remember my English teacher giving us 'Never end a sentence with a preposition' on the white board when we did the parts of speech as well, but at least she was never bothered when I did it in creative writing assignments.

So I generally take it with a grain of salt toxic to most consumers, unless you're used to eating ramen like me.

How could anyone rationalize always using he or his when their gender is unspecified? The unspecified person could just as easily be a woman. And of course you need some pronoun to cover anonymous persons within the scope of a narrative.

And then there are the people who correct "You and me" to "You and I" or "who" to "whom" in the wrong circumstances because they thing the latter is always "proper" English rather than understanding the importance direct and indirect objects have in determining which form is correct grammar.

Certified Grammar Nazi here. You are right. And I am not handing in my badge because, while knowledge of our glorious language's conventions and flux behooves all its users, this isn't realistic a lot of the time.  The sign you have in the picture above is the case in point for public vigilance.

PS: You forgot the demonized "run-on sentence". The sneering attitude most Grammar Nazis have towards it, any avid student of the periodic sentence sneers back at with full justification.

To boldly go, I say.

Susan DeFreitas from Portland, OR is reading Your Heart Is a Muscle the Size of Your Fist by Sunil Yapa July 13, 2015 - 12:41pm

May I just express my deep and abiding love for all of you, my fellow grammar enthusiasts? <3 <3 <3

Can't believe no one pointed out:

There is no hisself. =P

What about the split infinitive? Grammar purists tell us it's wrong, but we know it's perfectly acceptable to write sentences like, "I vowed to never again go back to that store." or "If you want to really enjoy that movie, watch it in 3D."

Personally, though it has nothing to do with Grammar, I wish we could stop calling everyone who is emphatic about something "Nazis". There's a pretty substantial difference between Holocast and telling people there's no apostrophe in "its".

That said, I tell my kids, "Grammar is like Rules. Know them well so you can break them correctly."

Dunno---when you think about how the Nazis approached art, I think this might be a very valid way of describing someone who is convinced that there is but one way to write correctly.

I recently read some slush where twelve of the first fifteen sentences started with a conjunction. In most of those cases, the conjunction served no use whatsoever. It didn't really go with the voice of the story, either (noveau fairy tale).

Sentence fragments can be useful when they are basically lists of description or lists of actions (in a situation where the actions are disjoint or confusing to the POV character). Other times, I just want to slap the narrator out of his halting speech. Can. We. Please. Put. A. Lid. On. Periods. After. Every. Damn. Word. So 1990s.