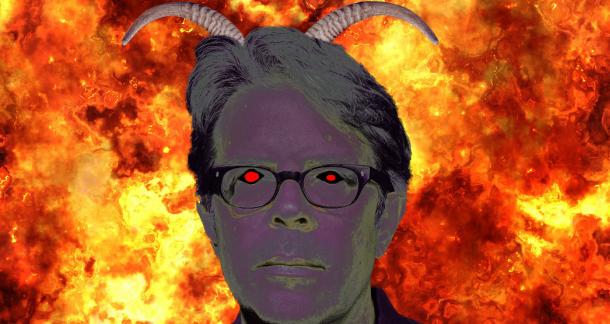 It’s never a good thing when Jonathan Franzen is a trending topic on Twitter.

The last time this happened, Franzen had put out his “10 Rules for Novelists.” People seemed pissed. Really pissed. So royally pissed that I fully expected the pieces of advice to be:

Turns out his advice was pretty tame. Fistfighting Oprah was not even mentioned in an oblique way. Maybe a bit Chicken Soup for the Soul, but pretty harmless stuff. .

Still, we couldn’t leave it alone. We had to dissect it, give each line an uncharitable read, and talk about what a pretentious jerkoff Jonathan Franzen is. Everyone got in on it. Celebrities, amateur writers. Everybody gave their take.

And I had to wonder: How did we get here? Why do we love to hate Franzen so much?

The rich history of hating Franzen can be traced back to his early dealings with Oprah.

In 2001 Oprah picked Franzen’s The Corrections for her book club. Franzen was somewhat concerned:

She's picked some good books, but she's picked enough schmaltzy, one-dimensional ones that I cringe, myself, even though I think she's really smart and she's really fighting the good fight.

And he was especially unhappy about the Oprah Book Club sticker on his book’s cover:

I had some hope of actually reaching a male audience and I've heard more than one reader in signing lines now at bookstores say 'If I hadn't heard you, I would have been put off by the fact that it is an Oprah pick. I figure those books are for women. I would never touch it.' Those are male readers speaking.

He did end up backtracking:

I said things that ended up hurting Oprah Winfrey's feelings and far too late it was pointed out to me that this was happening...I feel bad for a number of reasons, because I really don't like to hurt people, and I feel bad because the person being hurt is actually a really good person for American writing and reading.

But Oprah had already rescinded her invite for Franzen to appear on her show, and the hate train had already left the station.

It’s been almost 20 years. Let’s take a moment to reexamine.

The whole situation felt a little like pro wrestling. You've got a hero and a heel. We’ve got Franzen as this snobby upper-crust douche and Oprah as salt-of-the-earth woman bringing books to the people.

Folks, Oprah is worth an estimated $2.8 billion. She may be a lot of things, but she is not like you or me. She’s worked her ass off, she’s smart, and she knows how to do business. She may genuinely care about people. But she also had a gardener who spent 5 years breeding a new kind of rose for her estate’s garden. To have Oprah in the proletariat seat is a bit hard to swallow. At best, it’s like siding with the “of the people” side in an argument over monocle quality.

I also blame Oprah...Because, from our very first conversation, it was clear we were not speaking the same language. I didn’t scream when she called me. I said, ‘Oh, hey.’ And was trying to talk like a media professional to a media professional. And she didn’t know what to do with that...And I was, like, well, I don’t think you’d be doing this if it weren’t good for you, too. So let’s work together. And the answer was no. So I blame her, too. 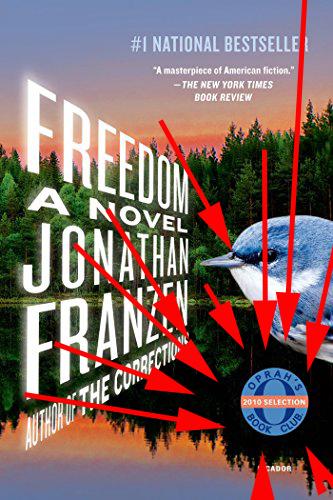 I think we were led to believe that Franzen was being a jerk to this kindly, humble TV host we all know and love. But what if the reality is that the way his book was used to boost Oprah’s signal should have warranted some compromises on her part?

Here’s where I go out on a limb.

Often, artists are called jerks and assholes for advocating for what they think their work is worth. We love to hate artists who do this. Especially if they’re wealthy and/or powerful. Metallica took a boatload of shit for their ASININE stance that people should pay for music instead of stealing it.

We hate when artists bring up economics because we feel like it somehow diminishes the “purity” of art. As though the desire to be compensated for art signals that an artist is cynical.

Not to mention that Oprah and Franzen buried the hatchet in 2010. The original feud is almost old enough to drive. It’s time to let it go.

Franzen said that at one point he considered adopting an Iraqi war orphan because he felt out of touch and that raising a kid would help him understand the youth better. Now, in the same article where he admitted this, he also said:

Oh, it was insane, the idea that Kathy [his partner] and I were going to adopt an Iraqi war orphan. The whole idea lasted maybe six weeks.

Most of us ignored the first part of his quote, the part where he said the idea was insane, and instead we explained how insane it was. Again. We scolded Franzen for something he didn’t do. We couldn’t jump in fast enough with our hot takes “But if he HAD done it, here’s why it would’ve been bad” or, “He decided not to do it, but he decided not to do it for the wrong reasons, therefore we should still scold him as if he did the bad thing.”

This one I find a little baffling. Not because the adoption idea is remotely a good, unselfish, reasonable, fair, thoughtful, kind, wise, intelligent, loving, parental, decent one, but because Franzen is talking about a bad idea he had, admitting it was a bad idea, and most importantly, he made no actual moves towards making his bad idea a reality.

I’m not prepared to hate on someone for their self-labeled bad ideas. If I did, I’d have to start with myself and work through a checklist longer than the entire text of The Corrections.

Franzenfreude is a term coined by Jennifer Weiner, author of a bunch of books categorized as chick lit. When Franzen's novel Freedom was coming out, Weiner wrote about the ways in which the book was over-praised, and she wrote that female writers (especially in genre fiction) don’t get the same props or review space as white male writers. She encouraged tweeting with the hashtag #Franzenfreude to highlight non-Franzen books about Franzen-y topics.

Franzen became the lightning rod for this literary movement of sorts, and a central figure in the debate regarding equitable coverage for writers. Which was sort of strange because, honestly, while the system was set up to favor him, it was certainly not created by him. And Franzen himself seems to dislike it:

To a considerable extent, I agree. When a male writer simply writes adequately about family, his book gets reviewed seriously, because: 'Wow, a man has actually taken some interest in the emotional texture of daily life', whereas with a woman it’s liable to be labelled chick-lit. There is a long-standing gender imbalance in what goes into the canon, however you want to define the canon.

Franzen didn’t help himself in that he dismissed Weiner specifically, even accusing her of hijacking an important issue to boost her own signal. Weiner then struck back at Franzen, and they’ve been at it for years now, doing everything short of picking up folding chairs and going to town on each other. 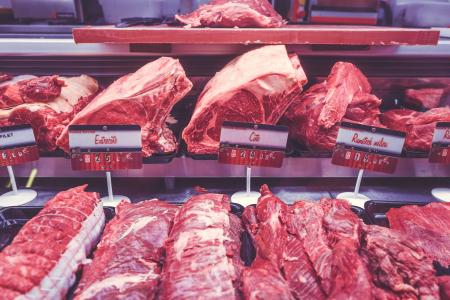 Speaking personally, the whole Franzen/Weiner situation feels like rap beefs. For those unfamiliar, one way to try and raise your name in the rap game is to start a beef with a rapper. Kind of operating under the “No press is bad press” idea, if I wanted to start rapping under the name “Easy P” (which sounds like a pill for prostate issues, but whatever), I might write a diss track about another rapper or create a fake feud to boost sales. Beefs oftentimes benefit both parties financially, and usually one artist becomes better known while the other has the opportunity to reestablish their authenticity/credibility/skill.

I think we love to hate Franzen partially because he’s the embodiment of the thing. The straight white male writer who is lavished with attention. Even though he’s the target of the spotlight as opposed to the person operating it, he makes a good stand-in for what’s wrong with publishing. He’s instantly recognizable, and he’s got that twee, upper-class thing going. He's the perfect villain.

Plus, who doesn’t love a good beef?

We all hate the alarm clock for telling us the truth: it’s time to wake up.

This is a tough one. Buckle up.

Franzen strikes at technology with a big hammer, and sometimes he might be smashing more than he needs to, but I think he’s more right than he is wrong. I think there are more of us writers who waste time online than those of us who would greatly benefit from a stronger online presence.

Hating Franzen for his technology stance is the same thing as hating the alarm clock. We all hate the alarm clock for telling us the truth: it’s time to wake up.

He Can Back Up His Talk

And finally, we hate him because we have to admit, he writes damn good books. He’s the shit-talker who has the moves to back up his big mouth. There’s nothing worse.

The State of the Great American Novel

Dwayne from Cincinnati, Ohio (suburbs) is reading books that rotate to often to keep this updated January 27, 2019 - 2:09pm

I've barely heard of the guy.

He's one of my favorite writers, one of the few whose books I buy religiously the day they are released. But only my local bookstore clerk knows that. I rarely cop to it.