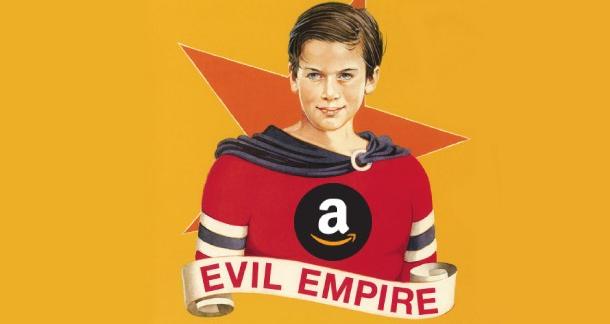 Writing is one of the best things that ever happened to me. When I published my first book, I couldn't imagine traveling to promote it. Now I'm on tour with Coyote Songs and the reception has blown my wildest dreams into oblivion.

Ah, but with every step a writer takes in their career comes new knowledge, and a lot of it is uncomfortable. For example, I had no idea how important distribution was. I also had no idea what it meant to have your book available on Amazon... or how costly it would be to get your books into indie bookstores... or what the hell consignment was. Anyway, you get the point.

Another byproduct of having a career is having a larger platform, and with that platform comes criticism. I get criticized for almost everything I say. I get "corrected" on Twitter at least three times a week. I don't normally pay attention because I'm too busy hustling, but from time to time something will catch my eye and force me to think. Lots of people telling me to stop linking to Amazon made me sit down and analyze my situation, which is the same as most indie writers publishing with indie presses. This piece is the result of that analysis. Yeah, let's talk a bit about something most people ignore or want to deny: we need Amazon (even if it's just for now).

Maybe we will create something better at some point, but for now we need to use what we have.

First, let me make something clear: I absolutely love independent bookstores! I My launch? At Malvern Books in Austin, an indie. My signing in Oxford during the Oxford Conference for the Book? At Square Books, another awesome indie. My reading in Denver? At BookBar, yet another indie. My books can be found in indies in Austin, Florida, NYC, and a few other states. And you know what? When I sell signed copies to indie bookstores I do so at cost plus shipping. That equals $0 profit. When you factor in my time and gas, I sometimes end up losing money. Why do I do it? Because I love indies. Because it feels great to tell folks they can go get a signed copy at their local bookstore. Because indie writers and indie bookstores go hand-in-hand. Because I have never had a reading or launch or signing anywhere other than an indie bookstore. Hell, if a dozen independent bookstores emailed me tomorrow asking for signed copies, I would send them all the books at cost plus shipping and then, like always, happily tell folks online they should go there and get a copy. However, none of this translates into "Fuck Amazon!" Here are five reasons why:

Yeah, it's sad, but not dealing with Amazon isn't an option for indie writers with extremely limited distribution. Indie presses do many things incredibly well (sometimes even better than Big Five publishers). Those things include covers, layout, art, and editing. Distribution isn't on that list. Amazon doesn't give a shit about that. You click and the book shows up at your door two days later. Also, it doesn't really matter where you live. Not every small town has an awesome indie bookstore. Amazon reaches anywhere where they get mail.

Paperbacks are making a huge comeback. They are outselling e-books for the second or third year in a row. That said, e-books still sell. A lot of people prefer that format. Amazon offers readers the ability to click on a book and immediately start reading it. People like that.

Take a look at the world right now. Folks buy their clothes online. People put in their order at the grocery store and then drive by and pick it up. You can email your pharmacy and get your meds. Everything is done online and with as little physical effort as possible. I've told folks about my book and they pull out their phones, look for it, and buy it. That ease of access is great. Sure, Amazon is the devil and they change prices when they want and they pocket a lot of money that should go to publishers and writers, but I tend to think of it the same way I think about agents whenever someone (always someone without an agent) tells me agents just take 15% of your money: "Shit, I'd rather have something minus 15% than a whole bunch of nothing all to myself."

Nothing will beat the friendly, knowledgeable bookseller who hand delivers your book into the eager hands of passionate readers. However, since we don't have access to many of those, we have to settle for Amazon algorithm magic. If you get some reviews going, Amazon will start including your book in their emails. They will also put your book below other books and put your name below other authors in the same genre. Long story short, success on Amazon leads to good things. That's something that can help an indie author tremendously.

I think those five reasons cover it for now. I could go on and talk about how easy it is to send a link to your book or how well that works with Twitter. I could go on and on about how crucial reviews on Amazon are. I won't. Instead, I will say this: love it or hate it, Amazon is a necessity for indie writers. I've seen folks try to sell their own books. I've seen publishers open up online stores. I've seen it all...and then I've seen how most of them go back to using Amazon. Maybe we will create something better at some point, but for now we need to use what we have.