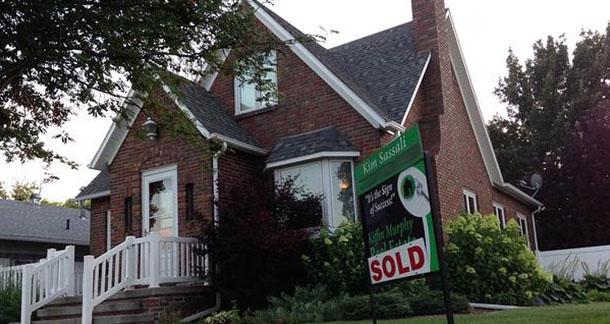 Sometimes a setting has so much personality, it begins to read less like static background and more like a main character. The space inside Thoreau’s cabin projects a sense of calm and solitude, hobbits are nearly inseparable from their holes in the ground, and where would The Shining be without the Stanley Hotel? Atmosphere is a crucial element in storytelling, regardless of genre. But what if you’ve spent your life in a condominium with white walls? What if you’re trying to push out a novel from a suburban ranch with all the panache of lint? Well, that’s what realty sites are for. There are some gems out there just waiting for a writer to come along and make them a fictional home. (*Note* None of the images featured below are of the actual listings mentioned. Most of those images belong either to the property owners or the real estate agencies selling them.)

1. The Cabin in the Woods

One of my favorite things to do when browsing through realty listings is to find the most remote townships possible. I favor heavily forested locations such as Alaska, Saskatchewan, or Maine. There’s room for almost anything to hide deep enough in the woods, ensuring that the monsters of the mind have plenty of space to thrive and grow on the bones of lost hikers. Take a gander at this cabin in Madrid Township, ME, population 173. No septic or water included, and the asking price is a cool $7,499. Even a writer might be able to afford that.

This crazy house has actually already been sold to furniture designer Nathan Chandler, but makes for good imagination fodder. Sealed since 1956, the chrome on the appliances is still spotless and they have all their original GE manuals. Time capsule homes are a growing niche market, and serve as a potential resource for writers trying to immerse themselves in a period. The blog House Crazy has a section dedicated to time capsule homes, which includes the untouched bedroom of a fallen World War I solider and a home in England that has remained the same since its owner's death in 1932.

3. Scene of the Crime

If you’re looking for a place that already comes with a prepackaged story, there’s a $3 million mansion in Franklin Lakes, NJ. The mansion is the former home of Benjamin Sabido, a doctor who recently pleaded guilty to health care fraud charges and was forced to put the property up for sale. The physician faces up to 10 years in prison for a reported Medicare scheme involving over $200,000 in fraudulent bills. This mansion features a lingering scent of dirty money and its own private movie theater.

Patrice Besse represents a number of ruins and castles in France and Belgium. A browse around their site brings up the hollowed shell of an 11th century castle, crumbling stone mills and churchyards, and a chateau surrounded by an oak forest. The description reads: “This ‘Sleeping Beauty,’ guarded by Hercules, appears to be waiting for new masters who are prepared to undertake one of the numerous prospects open to the estate.”   Might your character be up for such an undertaking? Unlike the time capsule homes mentioned above, ruins have not remained untouched by time. They're beaten and torn; they have a patina. It's exactly this sense of decay that imbues them with so much personality.

You could buy a house on an island, or you could buy the whole island. Private Islands Online can help you with that. One of their more intriguing, less pricey (although still very pricey) locations is Alligator Caye Parcel in Belize, an uninhabited property in close proximity to a large coral reef. Perhaps even more so than these other settings, the isolation inherent in simply being on an island has the potential to set the stage for plot conflict. Our cabin in the middle of Maine might be remote, but society is still a car ride away. When seas are stormy, reaching shore by boat isn’t always a feasible option. What are the physical and psychological challenges of living in such a unique environment, and how will your character overcome them? I’ve lived on an island before, and will attest that it’s somewhat disconcerting to wake up and find that the front of your neighbor’s house has been washed away, or that your town is featured on the landing page of weather.com again.

Think about what sort of atmosphere you enjoy being immersed in when you pick up a book. An upbeat story doesn't have to take place in a sunny, tropical place, and horror fiction need not play out somewhere dark and shadowed. Graham Joyce's supernatural thriller, The Ghost in an Electric Blue Suit takes place at a seemingly cheerful seaside resort, for instance.

Is there a particular kind of setting that you gravitate towards? Let us know in the comments.