Valentine’s Day is almost upon us and it’s a time (they tell us) to celebrate relationships and love. Last year I looked at unconventional relationships. This time I wanted to look at some queer (LGBT) relationships in science fiction and fantasy. 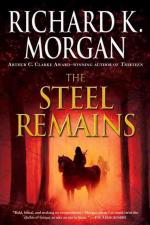 Richard Morgan’s fantasy novel features a gay protagonist, Ringil Eskiath, a badass warrior with a big sword. Unfortunately for Ringil, homosexuality isn’t allowed in his world and is, in fact, punishable by death.

That doesn’t stop Ringil from having relationships, of course. In fact, one of them with a dwenda, a member of an otherworldly race of expert killers. Ringil and Seethlaw, well…let’s just say there is some hot man-on-man action in the book. Sequels The Cold Commands and The Dark Defiles continue Ringil’s story (along with his companions Egar and Archeth). 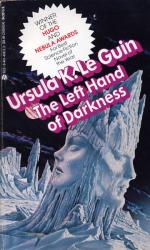 The Left Hand of Darkness

In Ursula K. LeGuin’s novel, the people of Gethen, the planet the novel is based on, are neither male nor female, but asexual (for most of the the time). The exception is when they are in kemmer, a kind of mating period, where they take on male or female characteristics according to their relationships with their partner. One individual could assume a male role with a partner and then later assume a female role, for example.

The Gethen protagonist of the book is Estraven, and it is explained that Estraven’s first and perhaps only real love bond was with his sibling. Incest is not taboo in Gethen society, but vowing kemmering, essentially becoming monogamous with one partner, is not allowed with siblings. Estraven nevertheless carries that love with him until the end, in a poignant story that slowly and subtly comes to light, challenging our own notions of propriety. 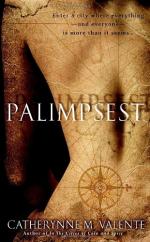 Cathrynne Valente’s book can be summed up rather simply: it concerns a sexually-transmitted city. This being a fantasy, the city, Palimpsest, itself is fantastical. The only way to get in, and only then for brief moments at a time, is to sleep with someone else who has been “infected." You then wake up with a scrap of map tattooed upon your skin.

Because of the power of the city, the people who visit there become desperate to go back. And so seeking out others becomes common practice and pairings become more about what someone has to offer than who they are. Even sexual orientation becomes a thin, fragile barrier. It’s a sly way to look at relationships and what we get from them and what we pass to one another and why. 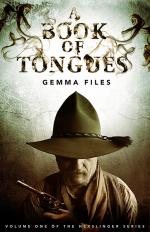 A Book of Tongues

Book 1 in Gemma Files’ Hexslinger Series tells the story of Pinkerton agent Ed Morrow, who goes undercover to infiltrate the gang of notorious hexslinger, Reverend Asher Rook. Rook’s right hand in the gang, Chess Pargeter, an expert gunman, is also Rook’s lover. Like some of the other books on this list, A Book of Tongues doesn’t shy away from a frank look at Rook and Chess’s relationship. Even Morrow gets swept up in it.

In addition to the weird western setting, blending magic and the West, Files also tosses in some Aztec mythology to keep things interesting. The book is followed by A Rope of Thorns and A Tree of Bones. 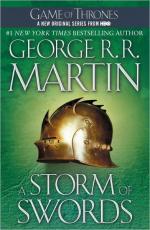 A Song of Ice and Fire

You probably already know this if you read closely and/or if you watch Game of Thrones but <spoiler alert> one time heir to the Iron Throne, Renly Baratheon and rock star/heartthrob knight Loras Tyrell were in a gay relationship. This may be something of a cheat since Martin never explicitly states it in the text, and we don’t see it from either character’s viewpoint, but it’s definitely there. It may also be a cheat because of the seemingly thousands of characters in Martin’s books, this is pretty much the only gay relationship we see.

Still, it speaks to me partly because of its quiet strength and dignity. We only get glimpses, but it seems like one of the stronger relationships in the books, strong enough that their relationship has lasted for years and that they plot together to help establish their power base. If Renly had survived <oops, spoiler alert>, I could definitely see them remaining together and solidifying their union. Alas…

Those are my five choices, though I must say that I struggled to come up with many of these relationships. I am therefore calling on you, oh reader, to help point me in the direction of other fiction with queer relationships. If you have favorites, please list them in the comments.

The Best Science Fiction & Fantasy of 2013: An Eclectic List

In 'Iron Council', China Mievilles third book in the Bas-Lag world several of the main characters are gay or bisexual.

edsikov from New York by way of Natrona Hts PA is reading absolutely nothing February 14, 2014 - 12:12pm

I don't have anything to add to the list. I just wanted to say that the illustration at the top of the page is hot.

Melanie Rawn has gay characters in most of her books. "Exiles" had a wonderful couple in it.

is a famous Canadian website for finding cheap craigslist sex Miami. This adult site is as simple and understandable as possible for everyone, even hookup miami  beginners. Registration here is free and takes a few minutes. Then you can start searching for Miami hook ups. In terms of paid features, all premium members get access to instant messaging, VIP support, and other perks. It is also worth noting that Ashley Madison operates on a pay-per-action basis and has its own currency, credits.