5 Problems with the Humble Protagonist 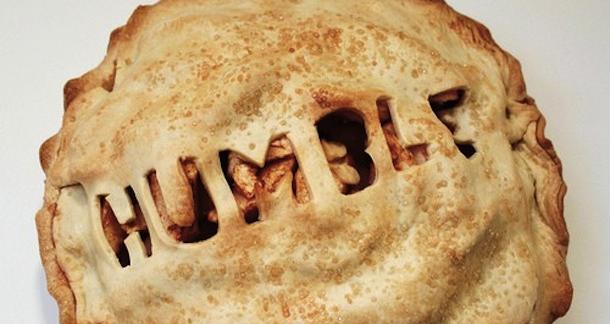 As an independent editor, I work with a lot of novels over the course of a year, and a lot of protagonists too. Some are straight-ahead heroes and some are antiheroes; most fall somewhere in between. Then there's what I've come to think of as the Humble Protagonist (HP).

In most cases involving the HP, the author is rebelling against the larger-than-life sort of Hollywood hero—the strong guy (or gal) with a strong desire to achieve something. The one who sets off on some mission of vast import and, after overcoming a series of impossible obstacles and coming through some close scrapes, achieves whatever great thing they set out to do and, in so doing, saves the day.

The author, in rebelling against such stereotypes, has chosen the HP—a protagonist who doesn't aspire to greatness, who may not be all that strong or talented, and may perhaps even lack a clear direction in life.

The only problem is that the HP will absolutely hamstring your novel at every turn.

Strong protagonists likewise have strong desires—but not the HP. This salt-of-the-earth sort is generally pretty content with whatever his current lot in life happens to be, whether it's fair to middling or downright downtrodden. His situation is in no way exceptional, and he's fine with that. Which is perhaps admirable, in sort of Zen Buddhist sort of way.

Without knowing what your protagonist wants, it's almost impossible to tell what the events of the story are supposed to mean.

But there's a reason we're told that our protagonists must want something, and that what they want must be clear in the story: these sorts of desires give form and shape to a plot that otherwise, might just seem like one thing after another. Lisa Cron, author of Wired for Story, says that if you don't know what the protagonist wants, reading a novel is like watching a football game without knowing the rules of football: This guy tackled that guy, and the ref blew the whistle--was that good? Was that bad? Without knowing what your protagonist wants, it's almost impossible to tell what the events of the story are supposed to mean.

Authors interested in these sorts of protagonists would do well to observe Kurt Vonnegut's statement that your character has to want something, even if it's just a drink of water. A drink of water, you'll have to agree, is a pretty humble aim, entirely suited to a humble protagonist—but it's still a desire.

Strong protagonists are always acting in strong ways, taking action to get what they want. But the HP doesn't really want anything, so as the story moves forward, he's always being acted upon by others. His character is revealed not by how he acts, but how he reacts, which ensures that when it comes to his life, someone else is almost always in the driver's seat.

Sure, the way he reacts reveals character—if he's thrown into war, his failure to embrace violence may build our sympathy for him. If his best friend tries to set him up with a girl based on her hot body, and the HP instead expresses interest in who she is as a person—ditto. Maybe the captain of the ship charges him with cleaning out the bilge, and the HP does it without protest; maybe he gets struck by lightning and works hard to regain full physical functionality (while causing streetlights to flicker out as he passes beneath them). It's not as if how your protagonist reacts doesn't contribute in a big way to characterization.

It's just that as long as your protagonist isn't in the driver's seat, it's going to seem as if he's just being buffeted by the winds of fate rather than sailing his own ship. And as the drama escalates, it's likely to look more like your protagonist is simply surviving the events of the plot rather than thriving (again, because we don't really know what thriving means to this particular person).

Remember, a humble character can still take action in humble ways—ideally, in ways that are in line with their humble goals.

3. HP's Friends Are All More Interesting Characters Than He Is

The HP, as you might imagine, is a pretty likeable guy (what with not being pushy or having any strong desires or such). That's why he inevitably attracts all kinds of colorful characters. These friends do a lot to take up the slack in the story by moving the plot forward, for good or ill, and they're often pretty funny, odd, and unique (to differentiate them from each other—the HP generally meets a lot of people).

The only problem with this setup is that these other characters almost always outshine the HP, because they're constructed to be colorful and unique, while HP is supposed to be an everyman. Also, though the author often imagines the HP to be the sort of guy random folks just want to take under their wing or befriend, the reader often winds up wondering, What do all these people see in him?

In this as in other areas of fiction, beware making the universal your goal, as the universal is generally achieved via the particular.

Those who dare greatly risk much, and those who dare not, well—they tend to stay nice and comfortable. And in the case of the HP, even when the whims of fate (or the whims of others) act upon him in major ways, he still doesn't tend to change all that much, because he was so good to begin with. It's as if this protagonist possesses such a low center of gravity that almost no plot development can throw him off balance.

But along with the bit about what your character wants, it's another one of the basic tenets of fiction that the protagonist must, in fact, change somehow by the end of the story. There are exceptions to this rule, sure—the most notable of which is the tragedy, which is almost always about someone who was given the opportunity to change but, due to some tragic flaw, failed to see the writing on the wall.

But even so, tragic heroes still generally want something—even if those desires are, ultimately, not going to be fulfilled. Throw out both of these basic building blocks of fiction and your story, alas, may fall down.

5. ...HP Doesn't Become an Interesting Character Until Too Late

In some novels, the HP does change by the end of the story-—if he was drafted into a war he didn't want to be a part of, the brutality he was forced to witness has changed him. If the captain of the ship keeps giving him the worst tasks, he eventually grows a backbone and stands up for himself; if he gets struck by lightning, he eventually learns to control his strange new command of the forces of electricity and use his powers for good.

The only problem with this is that the protagonist doesn't really become interesting until at least halfway through the story. That means you're asking your reader to stick with a protagonist who doesn't have much juice as a character for quite a long time, to patiently wait for him to grow up a bit, see what's going on, and become the sort of person worthy of our attention.

But chances are, you don't read fiction that way. Editors and agents don't either. Your reader will never reach the part in the story where your character becomes interesting; she'll have stopped reading long ago.

Are there some notable exceptions to these rules you can think of? Famous HPs? Let us know in the comments.

Storyville: Ten Awesome Authors You've Never Heard Of Before
What's The Value Of A Great Ending?

Storyville: How to Get An Agent

This was awesome insights, I'll be revisting this column once I've tried to implement it.

I just jotted down a bunch of notes as reminders never to lapse into this thinking. Great article, Susan!

Susan DeFreitas from Portland, OR is reading Your Heart Is a Muscle the Size of Your Fist by Sunil Yapa April 23, 2015 - 9:15am

Thanks, guys! Glad you found it helpful.

Done well, the humble protagonist can be drop dead hilarious or disturbing. Three examples, none American, two from debut authors.

Cathy H - Never Let Me Go - is a humble protagonist who doest mind dying on an operating table if she gets to help people "complete". It's a chilling book about cloning and childhood.

Mersault - L'etranger - also doesn't mind dying, he just happened to shoot an Arab on the beach. The sun was in his eyes, all these priests telling him to feign madness to escape the death penalty? Fuck them.

Paul Pennyfeather - Decline And Fall - was studying theology at Oxford but was sucked into the white slave trade. Do not read this book if you are Welsh or are unable to find child abuse funny. This is racism at it's best.

Christina Re from the United States is reading something a friend wrote June 11, 2015 - 6:53am

Thanks Susan, I just came back to re-read this article and found it very helpful!

The Dude from The Big Lebowski and Bilbo Baggins from The Hobbit are some examples of HPs I loved to follow.

Susan DeFreitas from Portland, OR is reading Your Heart Is a Muscle the Size of Your Fist by Sunil Yapa July 1, 2015 - 9:42am

These are some fascinating examples, the Dude in particular. Observe the humble goal completely in keeping with the HP: he really, really wants that rug back.

Another time-honored way to succeed with the HP is to give him mysterious or even wholly unknown origins. This mystery--and the drive to solve it--then becomes the force that drives the story. (Ursula K. Le Guin's City of Illusions is a good example.)

Thank you very much indeed for sharing this insight!

The rules outlined in this essay will be extremely helpful to me.  I'm currently at work on a novel of literary fiction of which the protagonist is not exactly humble, he's just adrift and not even sure he wants to be found.

I think, in consideration of these guidelines about the humble protagonist, you would have rejected my favorite works of fiction Le Grand Meaulnes (The Lost Domain) by Alain-Fournier and Albert Camus' The Stranger.  And there are two books by Giorgio Bassani that feature humble protagonists: The Gold Rimmed Spectacles and The Garden of the Finzi-Contini.  Happily for me and for generations of readers, the editors who received those manuscripts saw the virtuosity of the writing and the careful poignancy of the humble characters and did not reject those lyrical stories.